Uranium price: best performer of 2018 set for more gains
Comment of the Day

Struggling French nuclear giant Areva (rebranded as Orano this year) slashed production more than a year ago. In August Paladin put its Langer Heinrich mine in Namibia on care and maintenance, although this week the Sydney-based miner said it's working on a possible restart of operations with vanadium as a byproduct (vanadium is trading at record highs and the only metal outperforming uranium).

In a research note on Kazatomprom, BMO Capital Markets says the production discipline from top miners will break the trend of rising global uranium inventories following the Fukushima nuclear disaster in Japan in 2011 and prompt the first production deficit in more than a decade.

China has 42 operating nuclear reactors, 16 reactors under construction and a further 43 planned. At the end of November, the country's national uranium corporation bought control of the Rossing uranium mine in Namibia. China is also behind the only sizeable uranium mine to come into production in the past few years, the Husab mine in Namibia, although ramp there has been slow.

Japan is steadily firing up its shuttered nuclear plants and considering China’s demand for clean energy it is unlikely to be deterred from continuing its construction program. Meanwhile when the world’s major producers find it more cost effective to buy in the spot market than produce the metal themselves then we know prices are depressed. 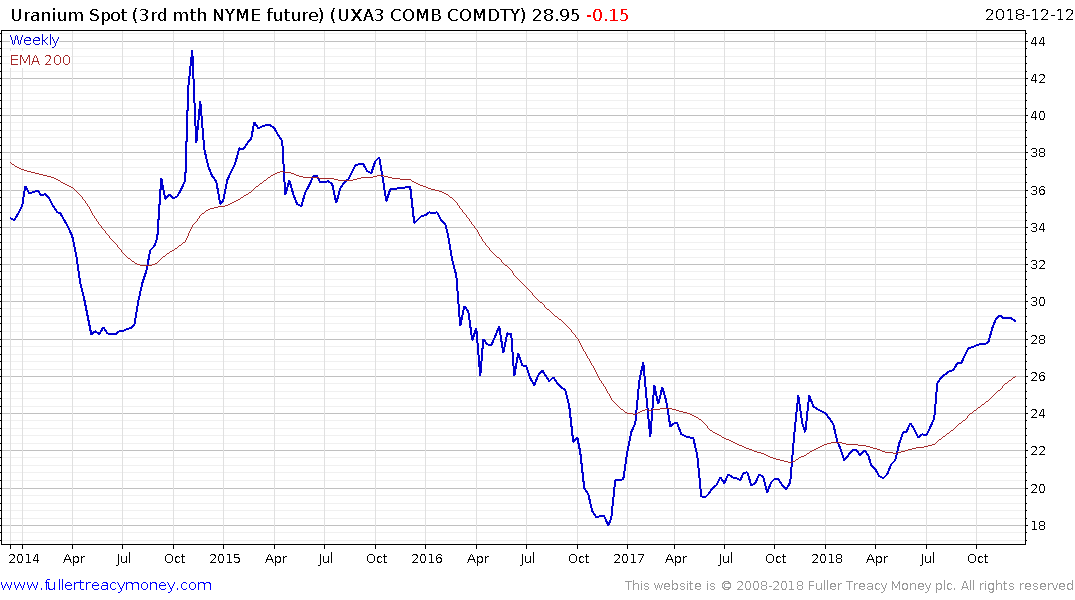 The uranium price hit a medium-term low in late 2016 and held a progression of higher major reaction lows within its base since. It broke out to new recovery highs in July and is now testing the $30 area. A sustained move below the trend mean would be required to question medium-term scope for continued upside. 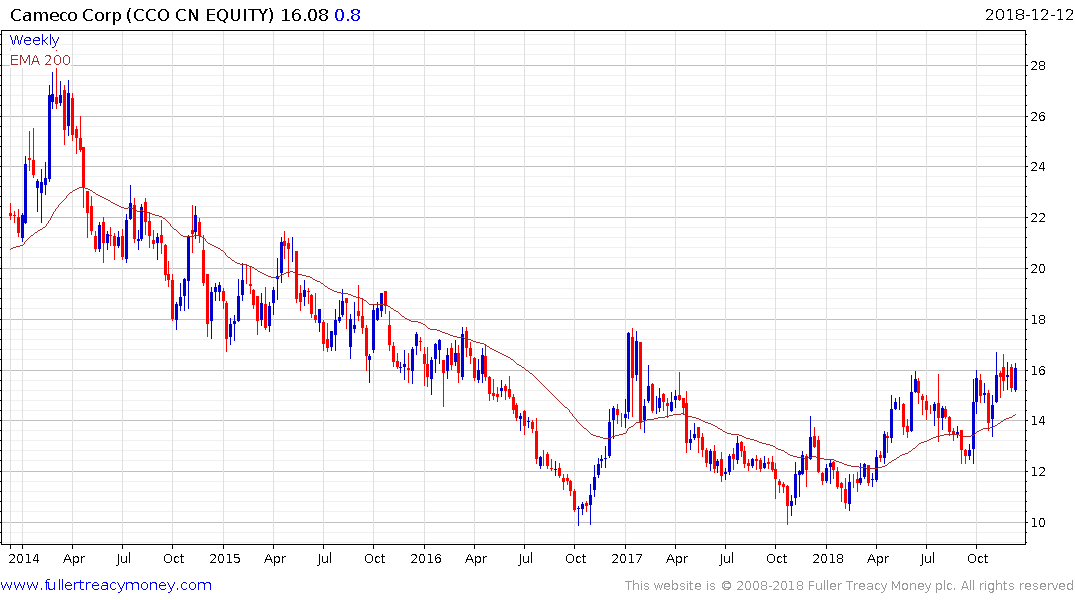 Among Canadian producers, Cameco has rallied to test the upper side of its base formation and a sustained move below the trend mean would be required to question potential for a successful breakout. 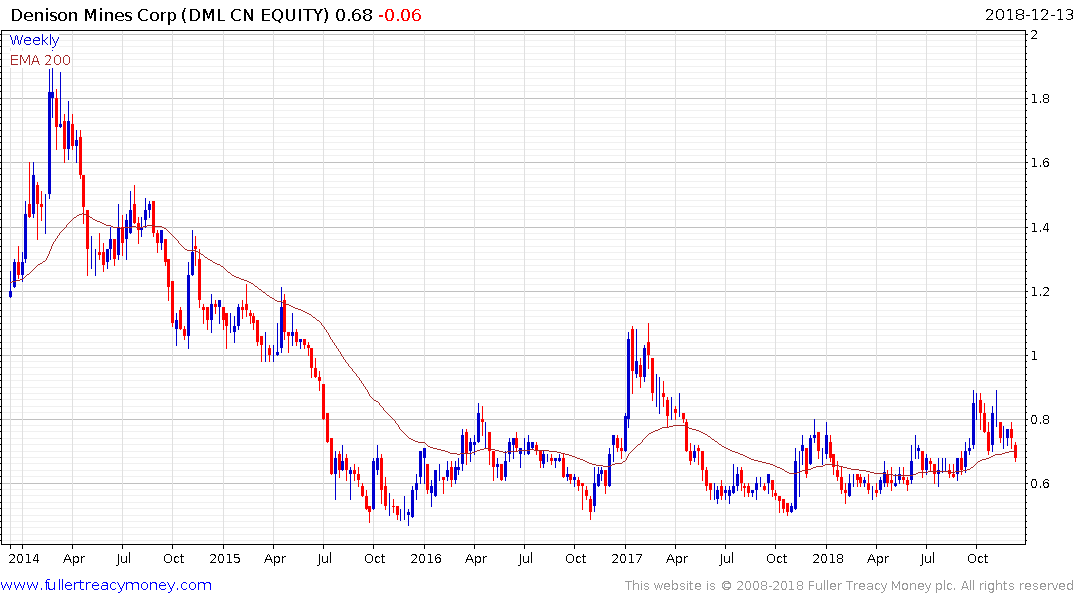 Denison Mines has held a sequence of higher reaction lows since early this year and is now back testing the region of the trend mean. 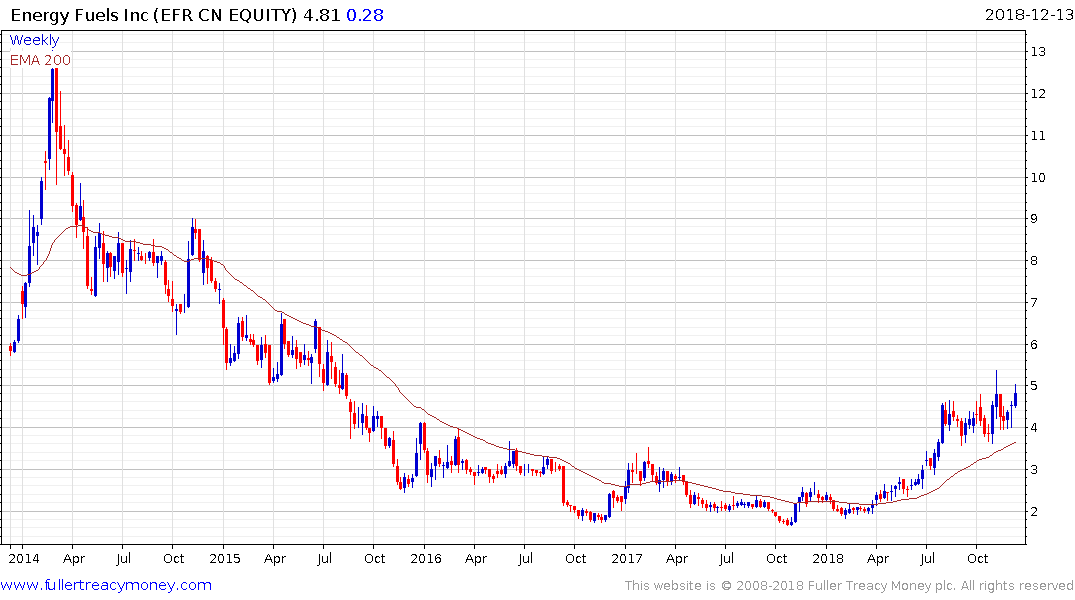 Energy Fuels appears to be in the process of completing a first step above the base. 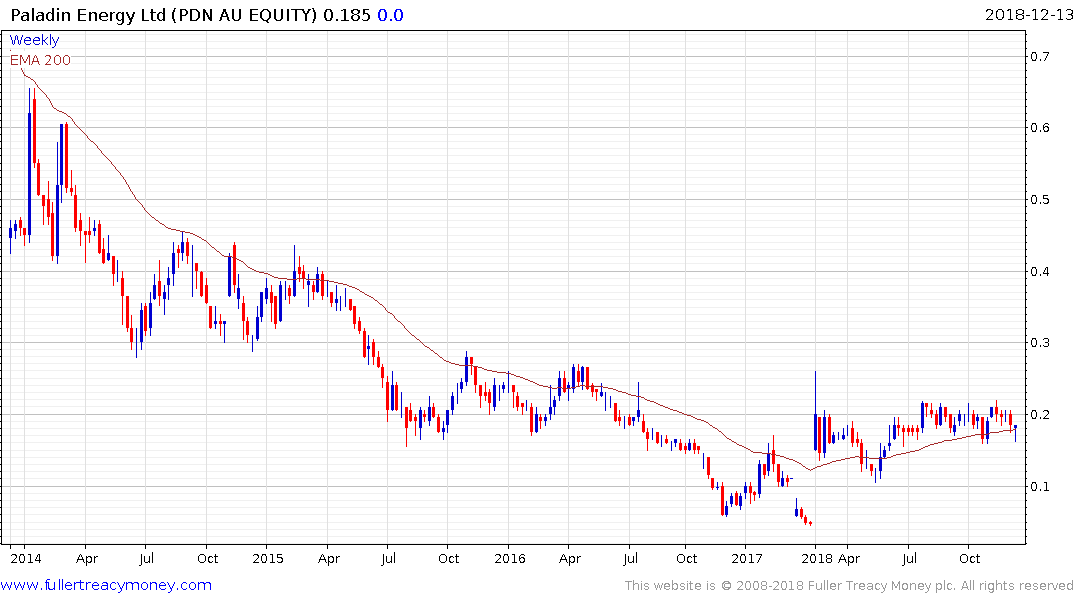 Australian listed Paladin Energy is firming from the region of the trend mean.

KazAtomProm recently listed on London’s International Exchange and has been reasonably steady.