Following Erdogan’s historic setback in the Turkish election a higher degree of political uncertainty has entered the nation’s stock and currency markets. 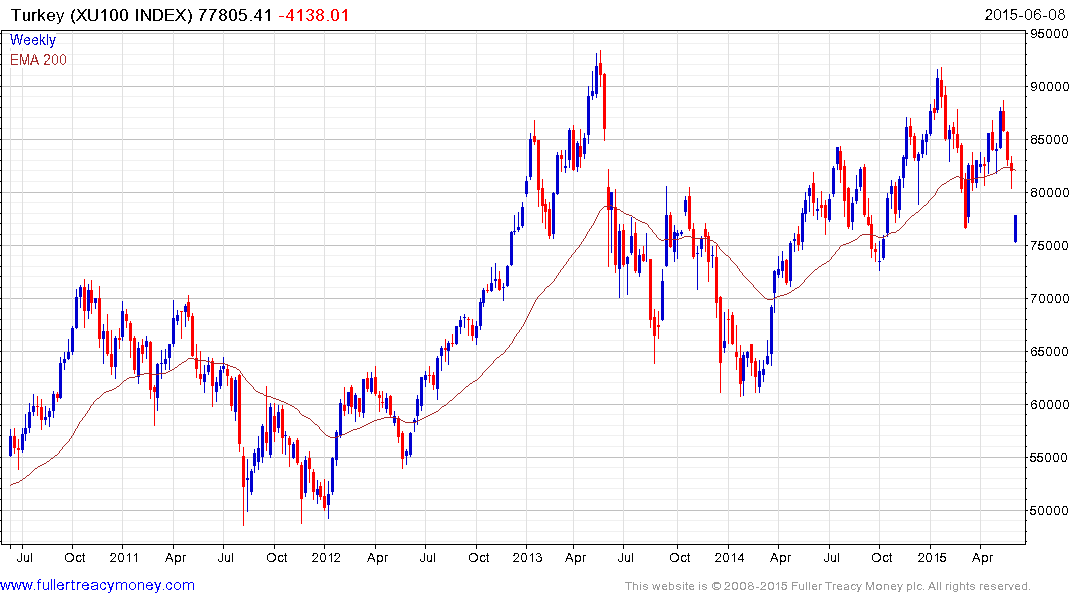 After Russia, the Turkish National 100 Index has the lowest historic P/E on the table of 99 indices. For the record its P/E is 10.06 and it yields 3.13%. The Index has returned to test the region of the March lows and while there is scope for some additional steadying, a sustained move above 82,500 will be required to signal a return to demand dominance beyond the short term. 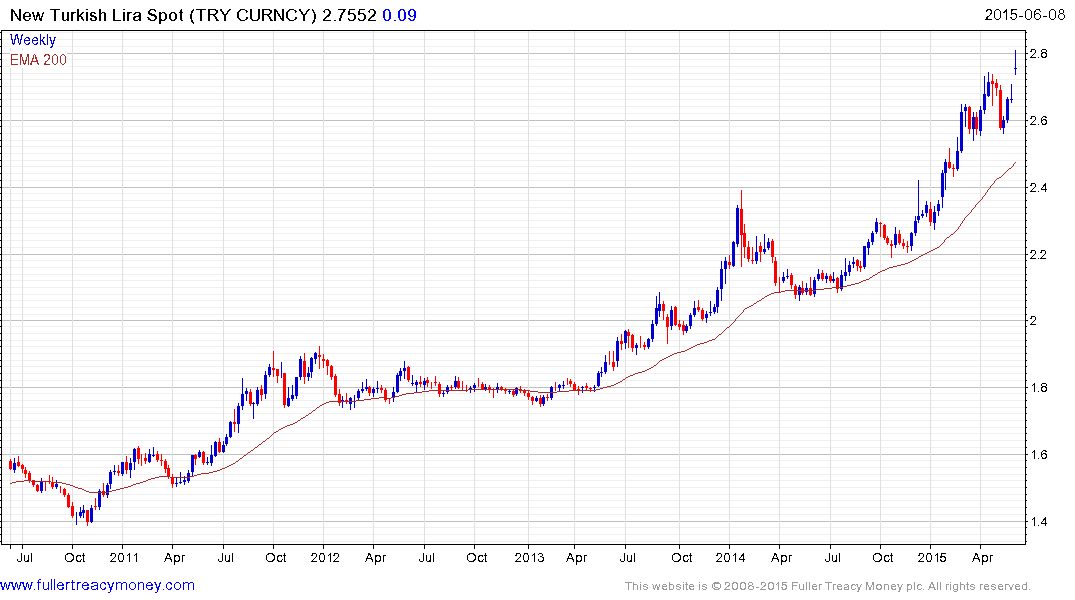 The US Dollar surged to a new high against the Lira on the above news and a sustained move below TRY2.56 would be required to question medium-term demand dominance.  .

Please note: All data quoted above originates in Bloomberg. We realise that some of the data displayed is inaccurate for some indices, particularly where ADRs are included. However, I have endeavoured to remove the most problematic indices. We publish these tables because the data is generally accurate and going forward we will continue to weed-out the less reliable data sets as subscribers highlight them for us. The P/Es quoted by Bloomberg are exclusively based on operating earnings.)