The Lingkaran Survei Indonesia poll released yesterday showed Jokowi, 53, leading by 3.6 percentage points, compared with a 0.5 percentage-point advantage in a similar poll at the end of June. A Roy Morgan poll last week showed the race was too close to call.

?A Prabowo victory might “act as a dampener for business sentiment given his penchant for following populist, protectionist and debt-fueled growth policies,” said Anne, whose bank rose from third place in the first-quarter rankings.

By this time just about everyone understands how transformative a positive change in government can be; considering the effect Narendra Modi’s landslide victory has had in India. This has fuelled optimism for the candidacy of Joko Widodo who voters hope can deliver a similarly transformative effect on the Indonesian economy. He does not have the same resume as Narendra Modi but there is little doubt that Indonesia’s financial markets would benefit from a market friendly administration. 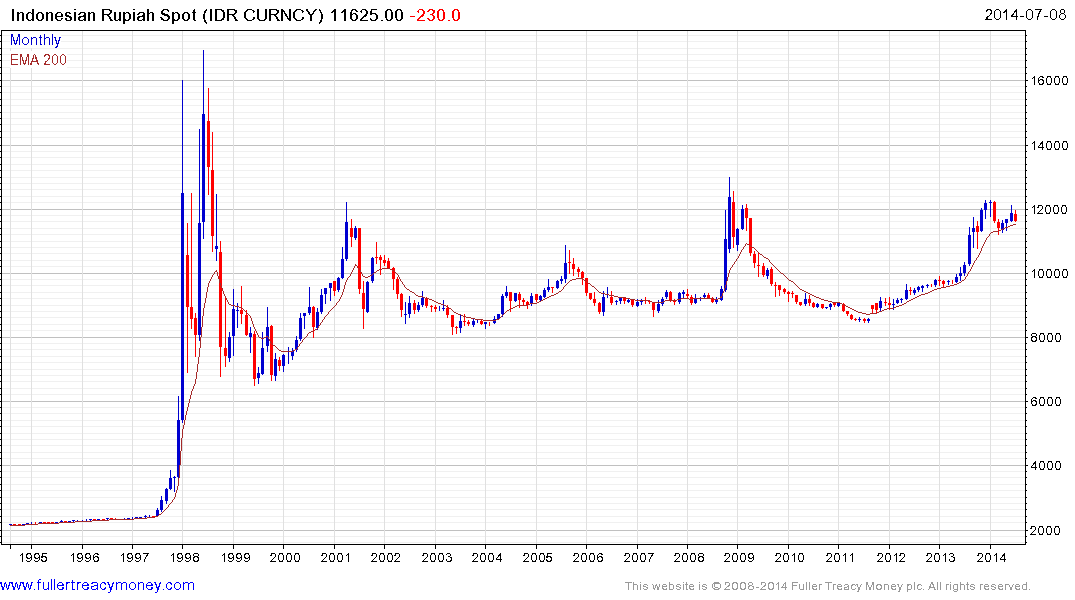 The Rupiah dropped by more than 30% between late 2011 and January before stabilising near IDR12,000; which also represented an area of support in 2001 and 2010. An additional economic deterioration would likely be required for the currency to weaken much beyond that point. The most likely scenario is for some additional ranging. 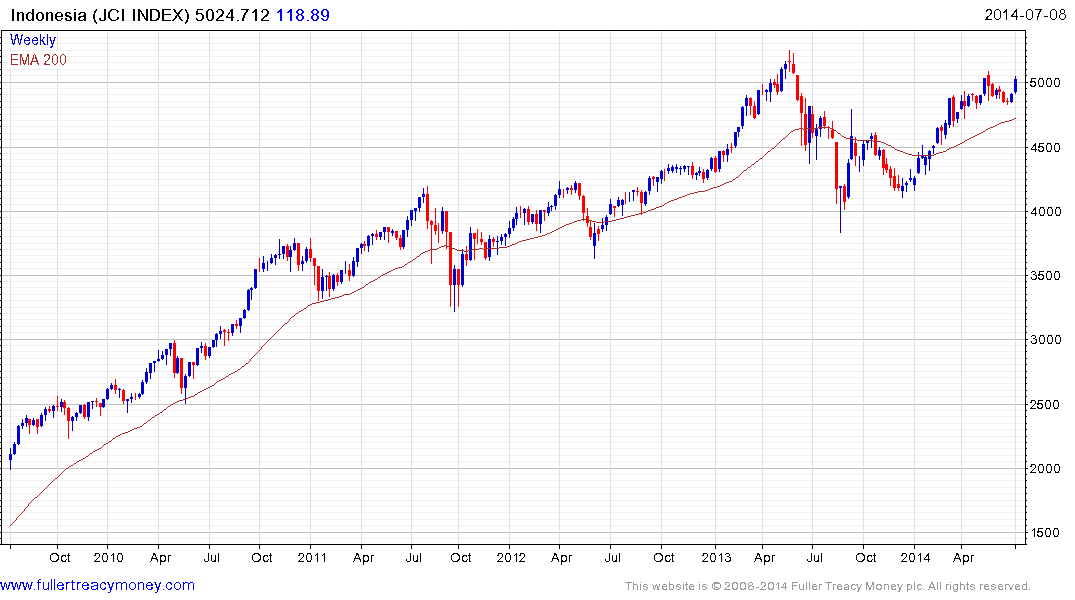 The Jakarta Composite Index has rebounded to test the 5000 area since early this year and a sustained move below the 200-day MA, currently near 4730, would be required to question medium-term scope for continued higher to lateral ranging.

The majority of ASEAN currencies stabilised in the first quarter which should fortify investor confidence in their respective stock markets.