Why Peak gold is Fake News
Comment of the Day

Why Peak gold is Fake News by Eoin Treacy

So not only are majors declining in the numbers of ounces (-26% over 12 years), they have also lost a significant share of the world gold mining market (-18%):

We have shown that the current narrative promulgated for peak gold applies to the major gold miners only and not for the gold mining industry as a whole. That said, the data presented above cover a relatively short time frame of 19 years: the end of a bear market for gold (2000-2002); a long bull market cycle (2003-2012); a relatively short but deep bear market (2013-2015); and a lower, range-bound gold price over the past three years (2016-2018).

To fully assess the idea of peak gold, I submit we must take a much longer-term view and determine what factors drive mining of the yellow metal.

Mines are wasting assets by definition and the only way to continue to increase production is to spend more money on digging deeper. If that cost can be contained by technological advances then the mine can make a profit, otherwise they are wholly dependent on the price of the commodity rising to justify the expenditure. Therefore, secular bull markets in commodities are defined by a rise in marginal cost of production to a sufficiently high level which encourages new supply into the market.

Falling production at some of the world’s largest gold miners means they are under pressure to find new production. The mid-tier miners with growing production are the obvious targets while the explorers hoping to find the next big production zone are also increasingly being monitored.

While it is easy to conclude all of the primary exploration zones have been mined out that it is a gross exaggeration. Mining and production are always a function of cost and potential profits. Higher prices make many previously marginal operations viable. Technological innovation, whether reef boring, advanced tailings recovery or seabed mining all represent potential options as prices rise. The retreat of glaciers is also opening up virgin mining territory in all arctic regions. Therefore, there is plenty of gold to be mined it is only a question of which companies get there first. 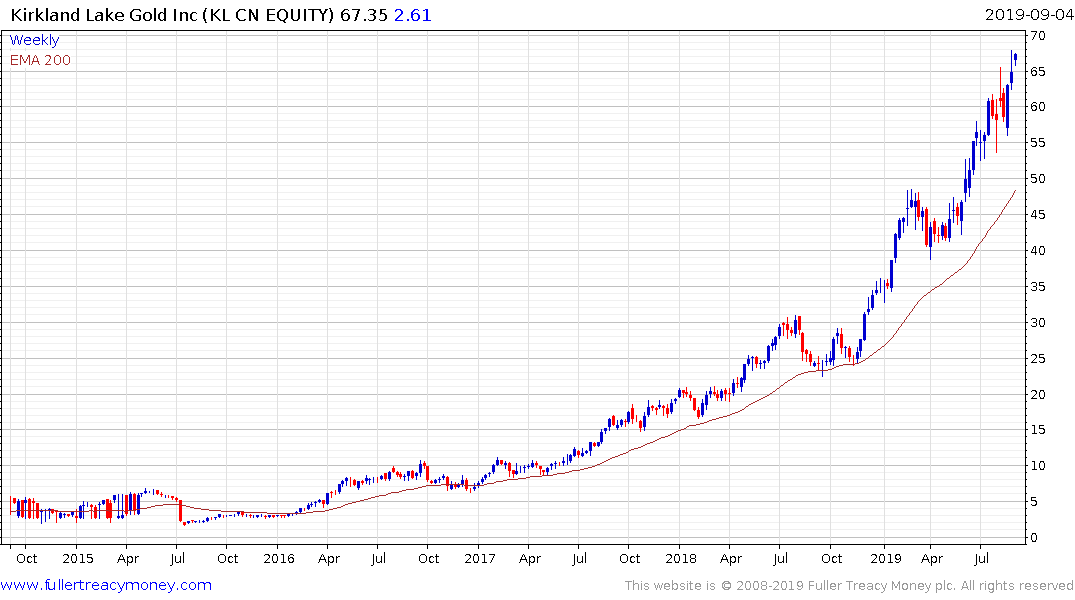 Kirkland Lake remains one of the best performing gold stocks and the pace of the advance has picked up with the recovery in gold prices. The only question investors have yet to find an answer to is how the company is going to keep up with its production goals as its primary asset matures. 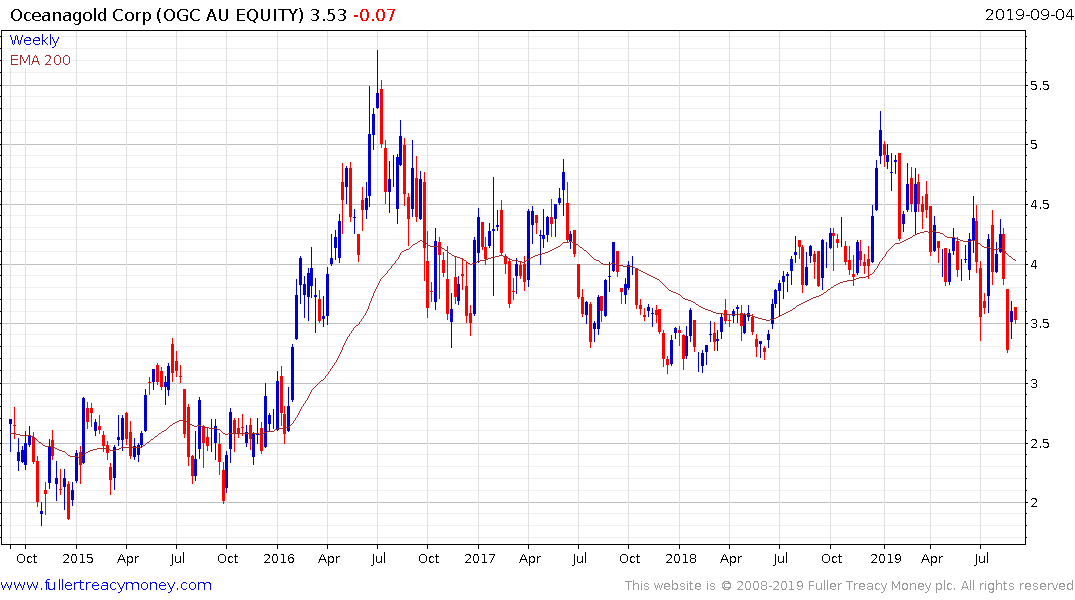 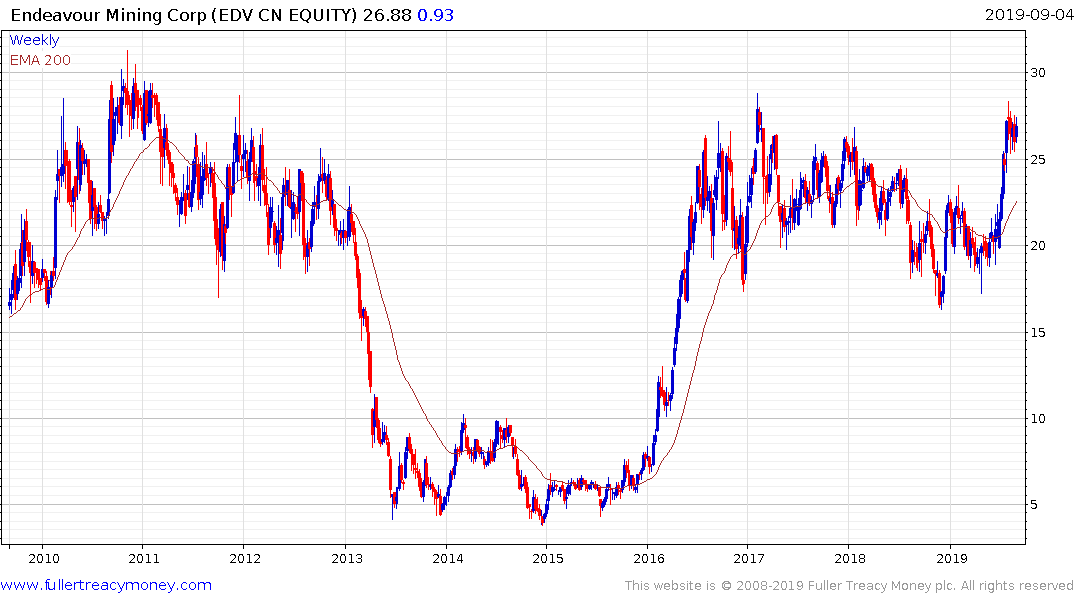 Endeavour Mining has paused in the region of its peak from back in 2017 and 2010. A sustained move below the trend mean would be required to question near-term scope for continued upside. 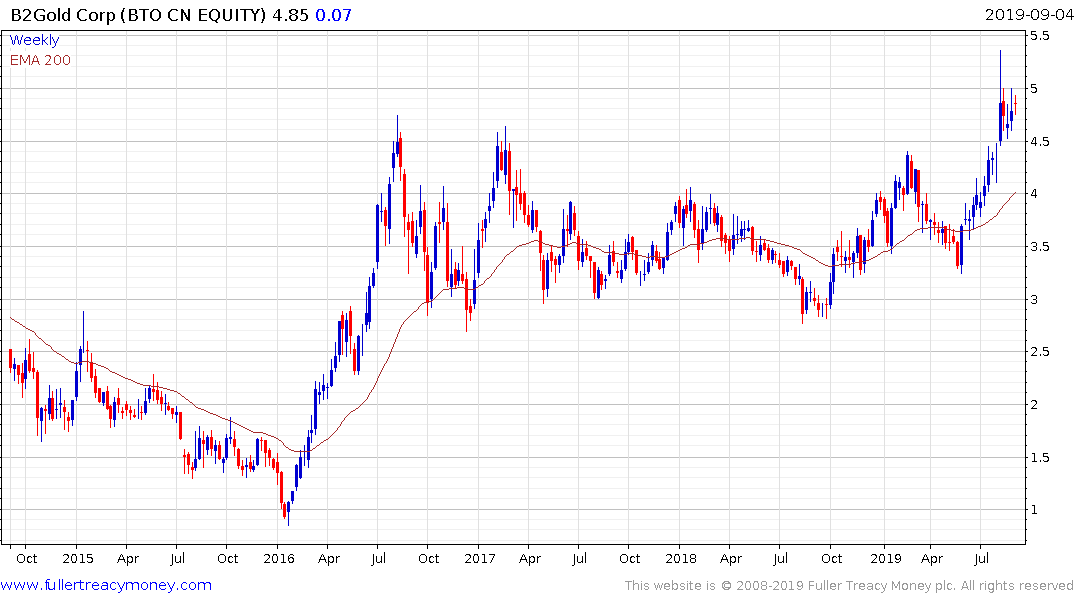 B2Gold is consolidating following its breakout in August but a sustained move back below C$4 would be required to question potential for additional upside. 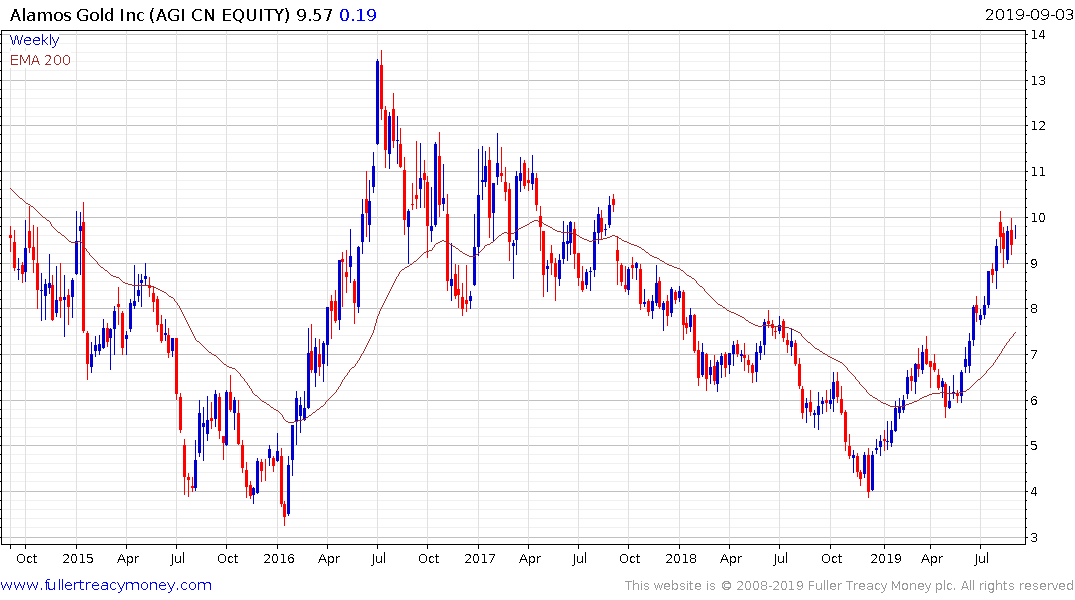 Alamos Gold rallied break its sequence of lower rally highs in January, found support in the region of the trend mean in May and surged with the gold price over the last few months. Some consolidation is underway but a sustained move below $5 would be required to question medium-term recovery potential. 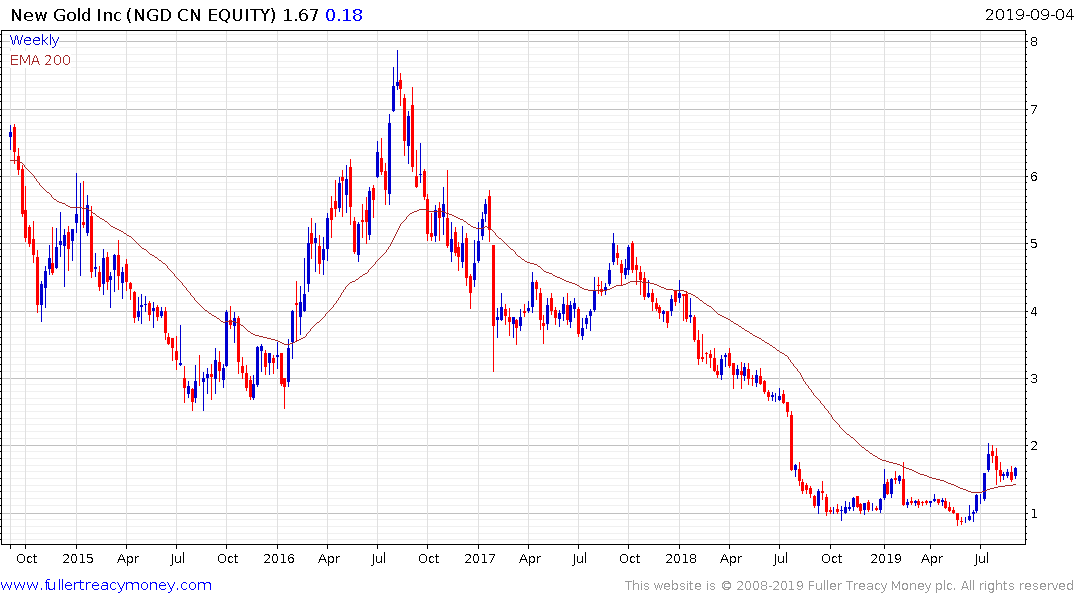 New Gold has been a serial laggard but it is currently forming a first step above its base.