Kavalis of Metals Focus, meanwhile, says original equipment manufacturers “will be wary to make such dramatic changes to their after-treatment systems and risk failing regulatory compliance for a saving which, while significant, is only a small part of their overall costs.”

Still, if the gap between platinum and palladium prices continues to widen, Kavalis says he wouldn’t rule it out, but it’s unlikely to happen in the near term.

Palladium is likely to continue to make new highs this year, and probably beyond, even though “short-term and short-lived corrections are also in the cards,” says Kavalis. Rhodium may reach a new high this year, he says, with the metal’s fundamentals so strong that he struggles to pick a top for the market. Rhodium peaked at more than $10,000 an ounce in 2008.

The continued surge in palladium pricing is picking up pace. The global economic recovery supports demand for vehicles even as tighter environmental regulations ensure more palladium is required for each catalytic converter. 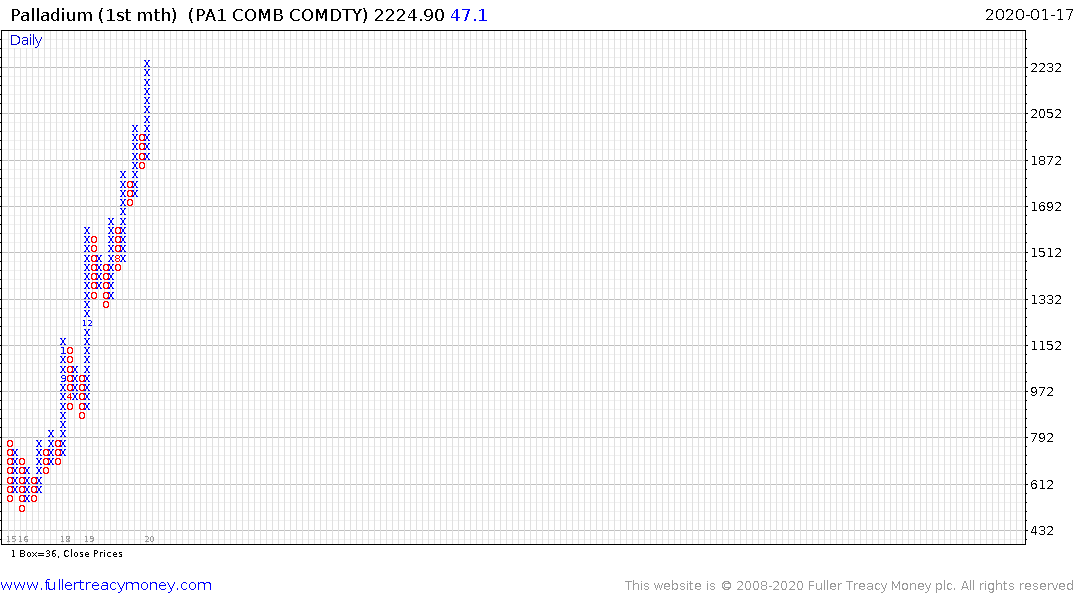 The P&F chart highlights the fact that reactions of more than $100 have been posted over the course of the advance and that on each occasion it has rallied to this extent a reaction has occurred. Each of the big reactions since 2017 has been above the last. Therefore, as long as the next consolidation is limited to a range above $2000, it will still be a reasonably consistent uptrend. 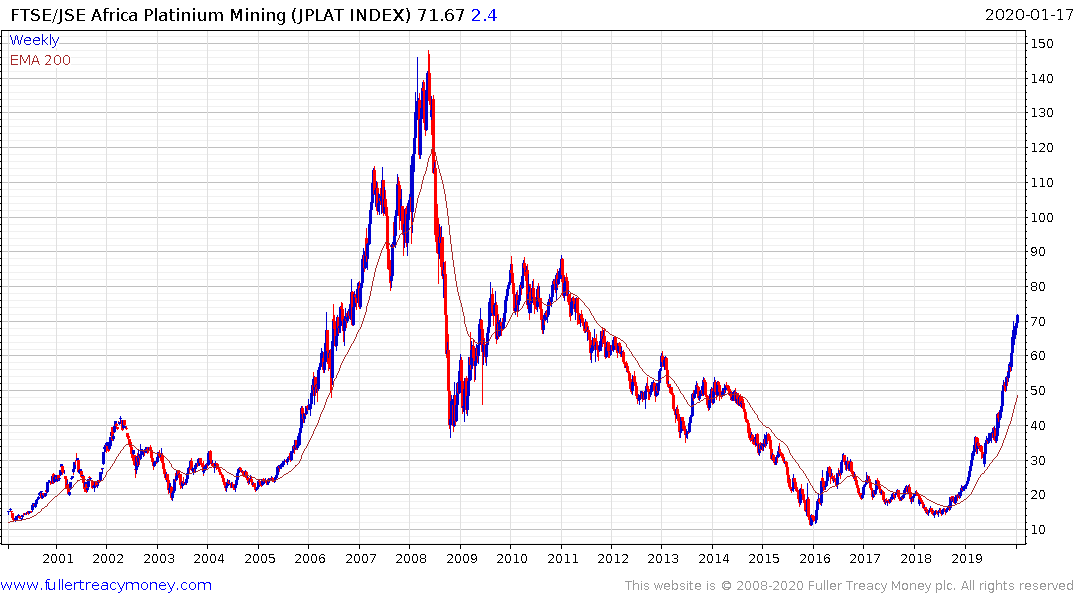 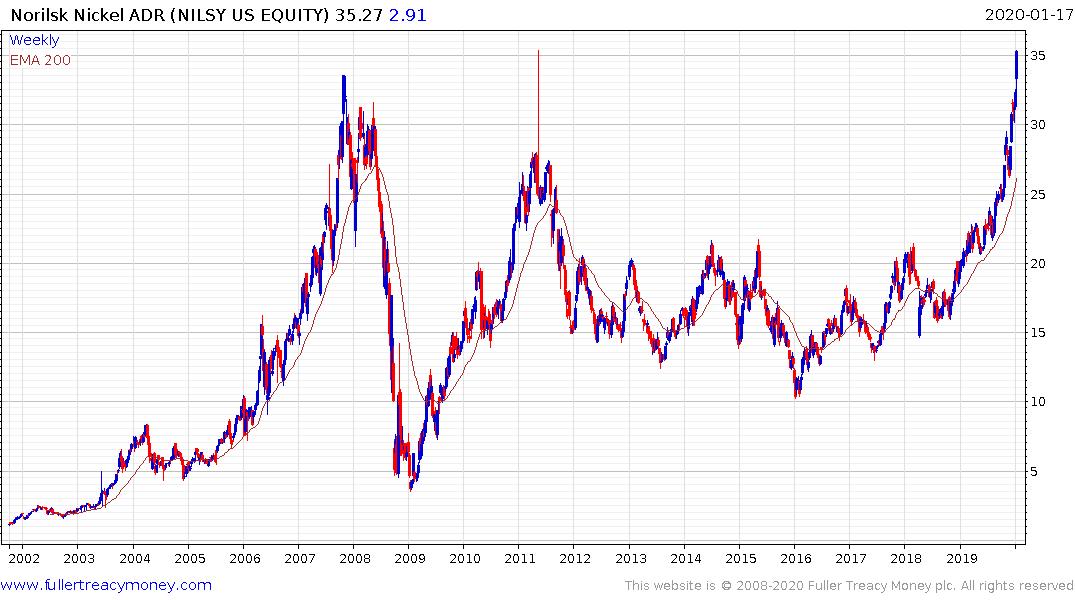 Norilsk Nickel completed a seven-year base formation last year and hit a new all-time high last week and is equally dependent on the palladium price.