I spent much of Saturday at Stan Lee’s ComicCon in Los Angeles where my daughters were in 7th heaven meeting up with Youtube artists they watch, meeting up with cosplayers and have their photo taken with them. My eldest was delighted to have one of her questions answered by the actor who did the voiceover for one of the characters in her favourite game, Overwatch.

It was abundantly clear how well organized the gaming industry is compared to what is often a sedate pace in the entertainment industry. That was confirmed by a friend who works in marketing and deals with Bethesda, another major game publisher. Gaming overtook Hollywood in revenue in the last decade and shows little sign of pausing. 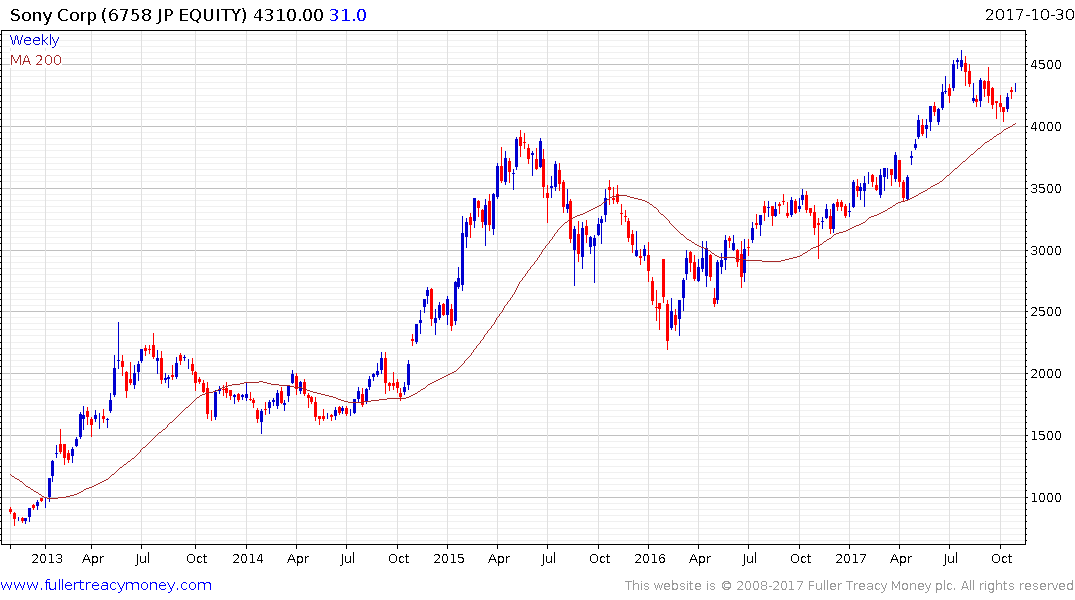 Sony found support in the region of the trend mean earlier this month and a sustained move below it would be required to question medium-term scope for additional upside. 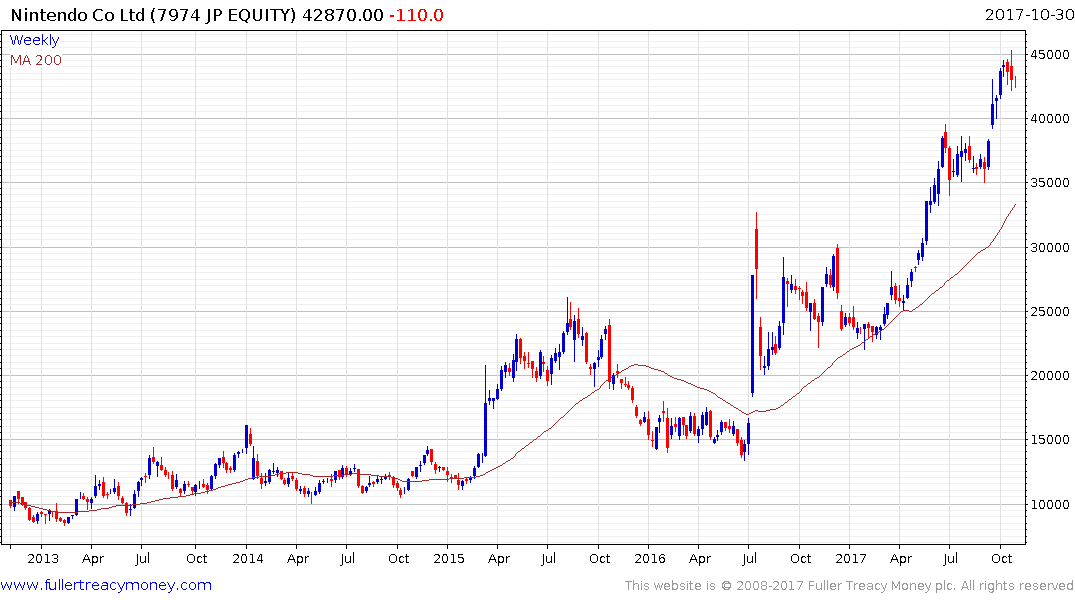 Nintendo paused in the region of 45000 last week, suggesting some consolidation is likely, but a sustained move below the trend mean would be required to question medium-term scope for additional upside.