The S&P 500 headed for its second weekly gain as investors keyed on underlying strength in the report that signaled a solid labor market that isn’t too strong to deter further central bank easing. Megacap technology stocks weighed on benchmarks after New York opened an antitrust probe into Facebook Inc.

The 10-year Treasury yield erased most of its earlier gains, while the dollar headed for its fourth straight fall following the payroll numbers. Chairman Jerome Powell is set to make public remarks Friday. Crude sank toward $55 a barrel in New York.

The bond market has already priced in at least a 25-basis point cut so the soft jobs report confirms the need for additional easier policy. China also cut its bank reserve requirements today in an effort to extend credit. The ECB is expected to announce some form of easing when it meets next week and the region’s bond markets have been busy pricing in a negative short-term interest rate. All of these measures contribute to stimulative measures.

My chart of the total assets sitting on the balance sheets of central banks is back testing its lows. The strength of the Dollar, continued contraction of the Fed’s balance sheet and unwillingness of the other major central banks has contributed to this weakness which suggests the QE asset price inflation model is no longer in effect or not being captured by this measure.

My chart of the combined deficits of the primary economies is back at its highs and at $800 billion suggests the role of governments in spending is at least as important as the willingness of central banks to print. The significant plans to expand deficits over coming years is likely to be a very significant factor in asset price appreciation. 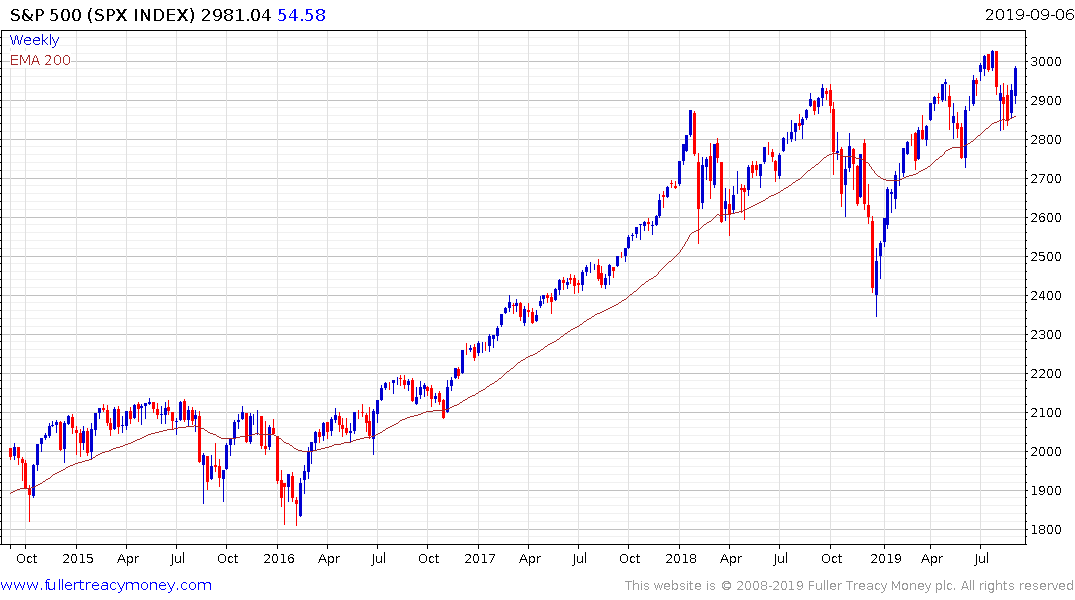 Meanwhile the expectation of further assistance and the yield differential between bonds and equities is continuing to support the outlook for the stock market while the competitive devaluation of currencies represents a medium-term tailwind for gold despite short-term volatility risk.