U.S. Delays 10% China Tariffs on Some Holiday-Shopping Favorites
Comment of the Day

While some tariffs will take effect on Sept. 1 as planned, “certain products are being removed from the tariff list based on health, safety, national security and other factors,” the USTR also said.

About $250 billion of Chinese goods have already been hit by 25% duties.

Chinese Vice Premier Liu He talked with USTR Robert Lighthizer and Treasury Secretary Steven Mnuchin by phone on Tuesday, according to a statement posted on the Ministry of Commerce website. Another conference call is planned again in two weeks.

The tariff announcement came shortly after Trump insisted again that his levies were not causing higher prices for American consumers and that China was bearing the cost of them. Economists and businesses have disputed that last point.

The holiday season inventory build is in full swing. Since more than half of all retail sales occur in the last three months of the year it is good to know the Trump administration is sensitive to the needs of retailers. By delaying tariffs on common gifts ideas investors can breathe a sigh of relief and economists will worry less about inflation. 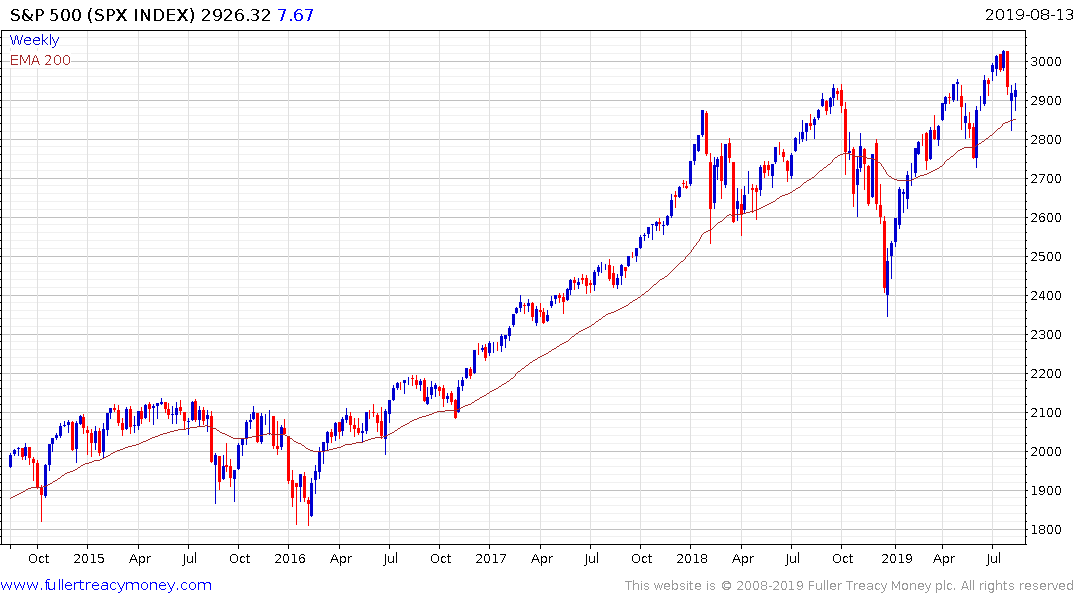 The S&P500 continues to steady from the region of the trend mean.

Importantly, the Philadelphia Semiconductors Index has firmed from the region of the trend mean as well as it continues to hold the breakout from the 2018 range.