Trading Halts, Confusion From India to Indonesia on Manic Monday
Comment of the Day

Trading Halts, Confusion From India to Indonesia on Manic Monday by Eoin Treacy

Ashish Shah, head of equities at Mumbai-based A.C. Choksi Share Brokers Pvt., said his firm placed orders for AU Small Finance Bank Ltd. on its first day of trading. As of 3:15 p.m. local time, he was still waiting to find out if his firm owned the stock, which rose 51 percent on its debut.

“We punched in the trades and they are still pending, and we don’t know whether we got the shares,” said Shah. “Will they be scrapped, reversed or executed? The bourse could have done a better job at communicating as clarity reduces chaos.”

The NSE handles about twice the stock volume of rival BSE Ltd. and controls about 80 percent of India’s derivatives market, which is among the world’s largest. The exchange company, which has filed for an initial public offering, has been embroiled in a probe into whether it allowed preferential access to some high-frequency traders. BSE saw its volume almost double over previous days, data compiled by Bloomberg show.

“NSE deeply apologizes for the glitch,” it said in an emailed statement. “The matter is being examined by the internal technical team and external vendors, to analyze and identify the cause which led to the issue and to suggest solutions to prevent recurrence.” A Securities and Exchange Board of India spokesman declined to comment on the developments.

Trading halts as a result of glitchy software are not quite the same things as runs on prices due to panicky selling but are nonetheless an inconvenience and a symptom of how reliant the global market is on computers. 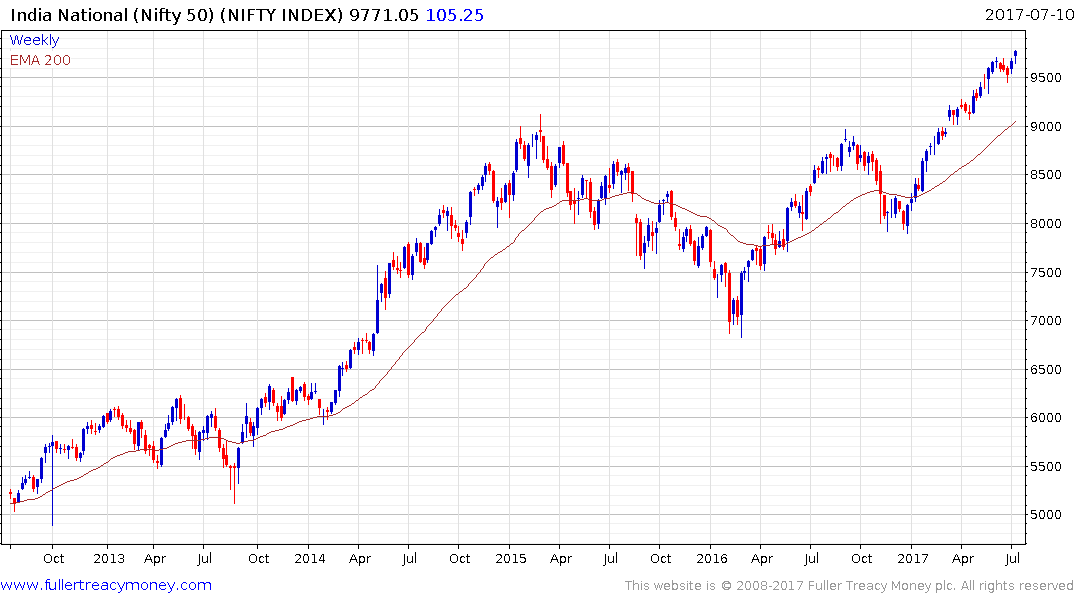 The Nifty Index was unperturbed by the news and broke out in a dynamic manner today and is being led higher by Reliance Industries. 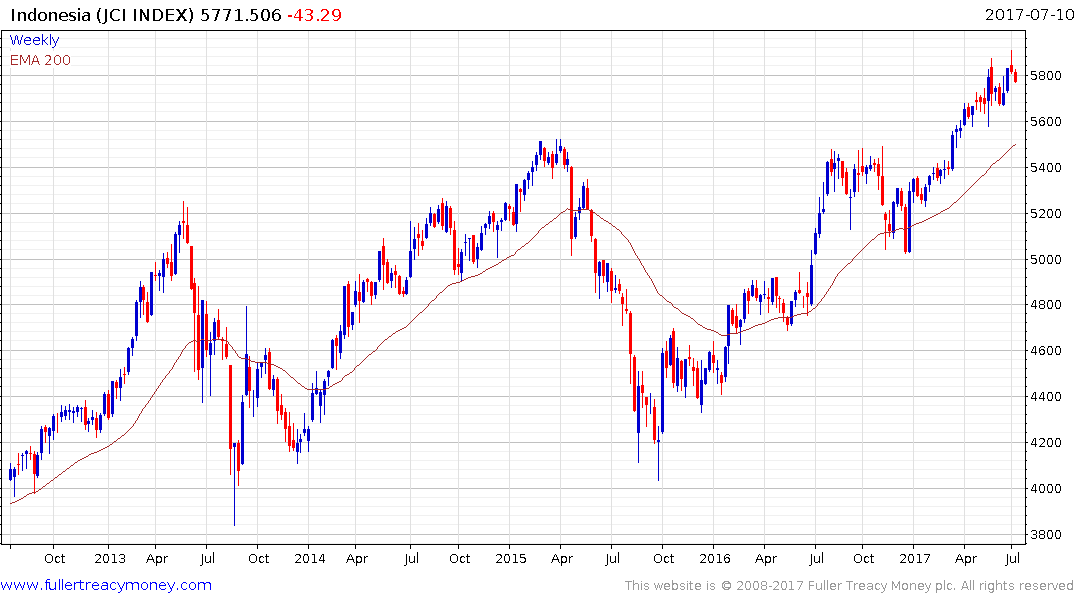 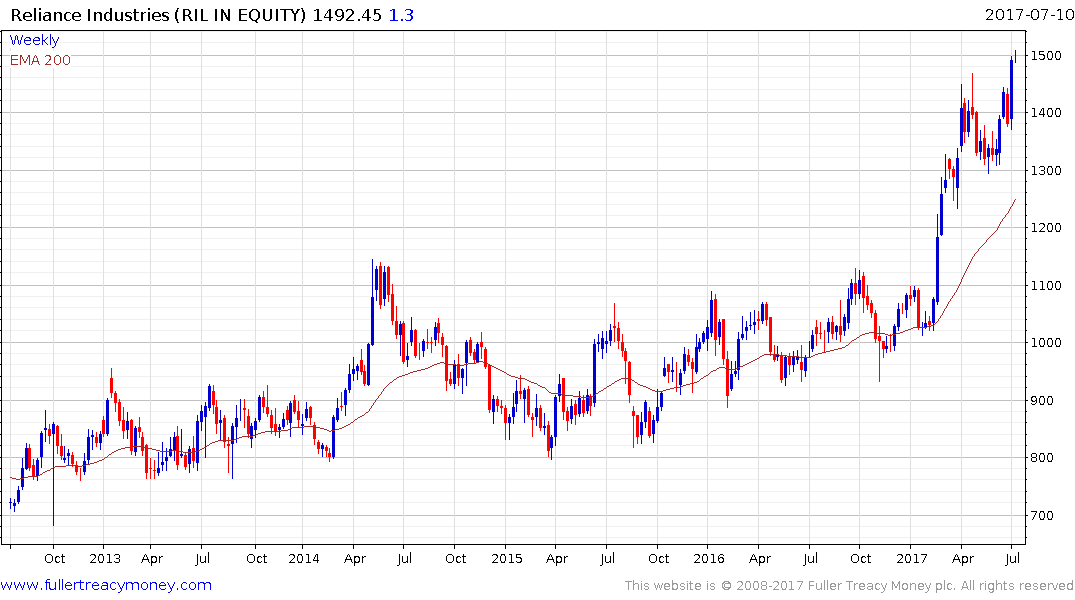 The Jakarta Composite has paused below the psychological 6000 level over the last couple of weeks and the risk of a reversion towards the mean has increased.