Bialas estimates that a “big chunk” of Aussie underperformance came from the unraveling of carry trades that involved, in particular, borrowing euros at near zero percent to buy a currency linked to a higher benchmark rate. The Reserve Bank of Australia cash rate currently stands at 2 percent and policy makers have signaled a reluctance to take it any lower.

Australia last month capped its strongest year for job growth since 2006, with the country’s services sector propelling gains as the mining industry cooled.

“I expect the Aussie-U.S. dollar to bottom sometime in the second quarter,” Bialas said, “as improved competitiveness of sectors unrelated to mining, a strong labor market and a recovery in inflation will give rise to speculation about the return of the RBA to raise interest rates later this year.”

Few developed markets are as exposed to China as Australia so the relative weakness of the Australian Dollar has been a reflection of stress in its largest export market. With Chinese government yields testing the lows seen in 2008 the potential for measures to support economic growth to be announced is growing and that may act to stem the Aussie’s decline. 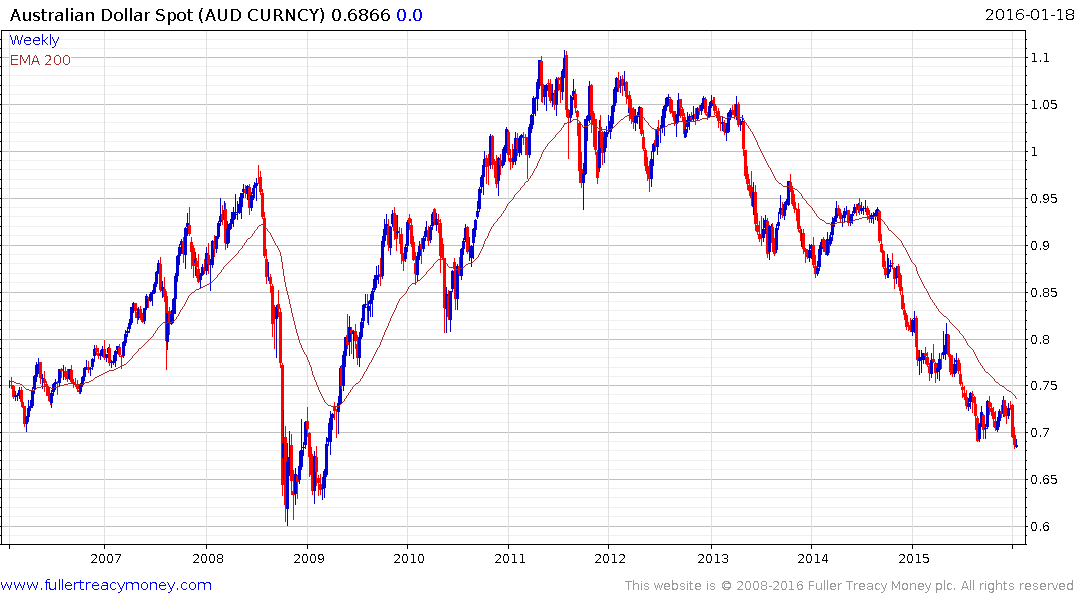 The Australian Dollar has held a progression of lower rally highs since 2011 and has been encountering resistance in the region of the trend mean since 2013. A sustained move above the 200-day MA will be required to begin to signal a return to demand dominance beyond the short term. 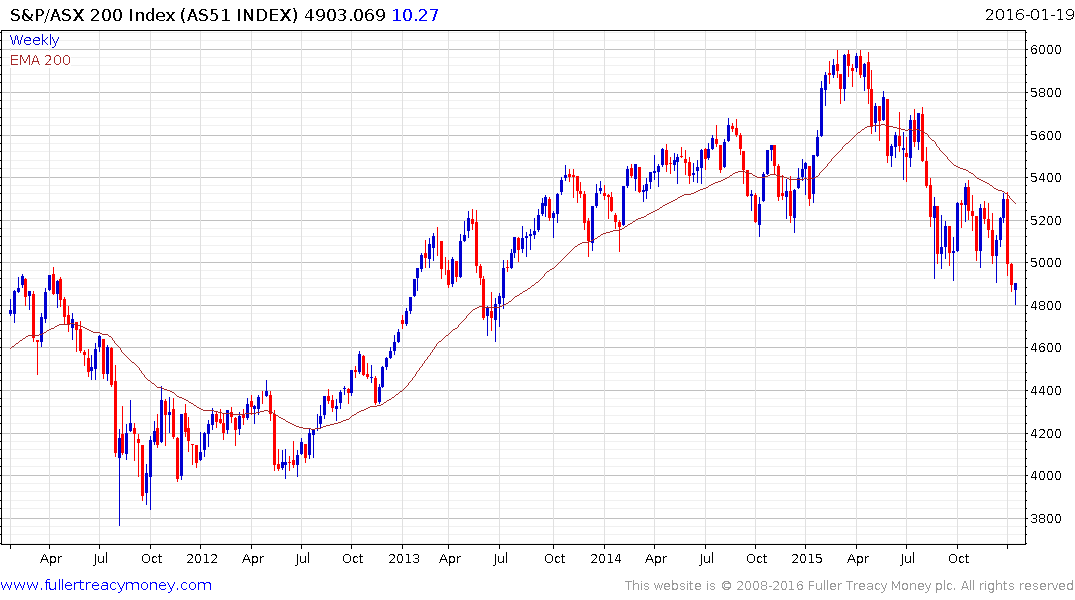 The S&P/ASX 200 broke down to a new reaction low last week but steadied somewhat this week. A sustained move above the psychological 5000 would signal a failed downside break and would raise potential for a retest of the region of the MA.