The Three Big Issues and the 1930s Analogue by Eoin Treacy

Since then, we have had a mirror-like symmetrical reversal (a dis/deflationary blow-off). Look at the current inflation rates at the current cyclical peaks (i.e. not much inflation despite the world economy and financial markets being near a peak and despite all the central banks’ money printing) and imagine what they will be at the next cyclical lows. That is because there are strong deflationary forces at work as productive capacity has increased greatly. These forces are creating the need for extremely loose monetary policies that are forcing central banks to drive interest rates to such low levels and will lead to enormous deficits that are monetized, which is creating the blow-off in bonds that is the reciprocal of the 1980-82 blow-off in gold. The charts below show the 30-year T-bond returns from that 1980-82 period until now, which highlight the blow-off in bonds.

Today’s 7-year auction of Treasuries came in well below expectations suggesting at least some reticence to participate at decade-low yields. The effect on yields was minimal but we did see a pause in the run-up in gold. 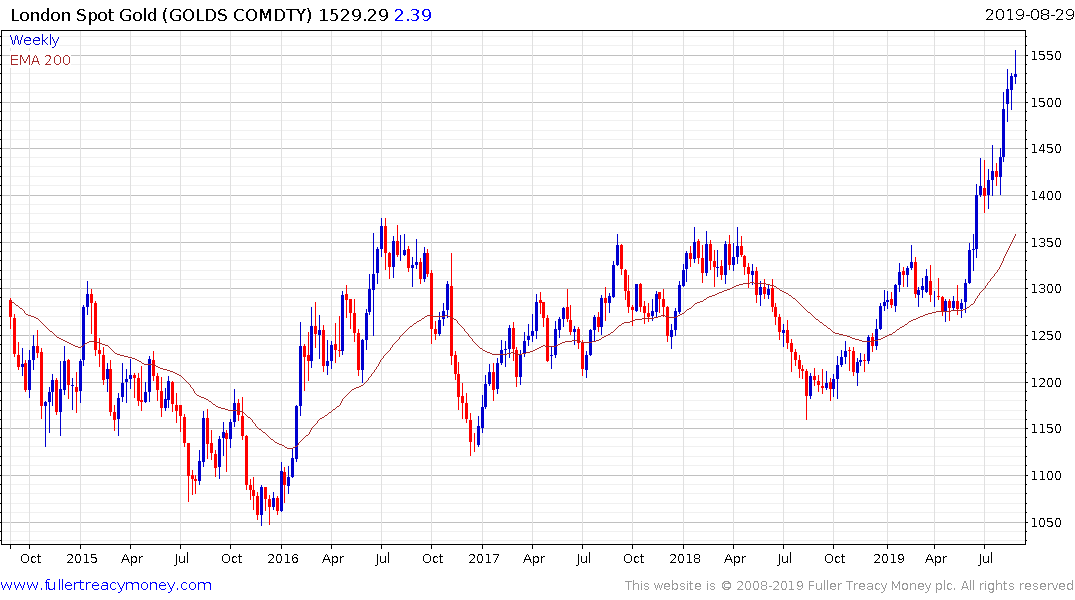 There has been a strong correlation of late in the notional value of bonds with negative yields and the trend of gold prices. I think it is important to highlight the difference between an acceleration following an already well-established and lengthy bull market and an acceleration out of a base formation. The former is a trend ending signal, the latter is a trend beginning signal.

I think it is accurate to look at the acceleration we are seeing in European bonds, in particular, and conclude it is in the mania stage. Nevertheless, there is scant evidence, just yet, the trend has ended. Gold is being priced right now for its haven status amidst a surge in supply of bonds. At the end of its cycle it will be favoured for its hedge against inflation. In both cases the willingness of governments to devalue their currencies is a central theme. 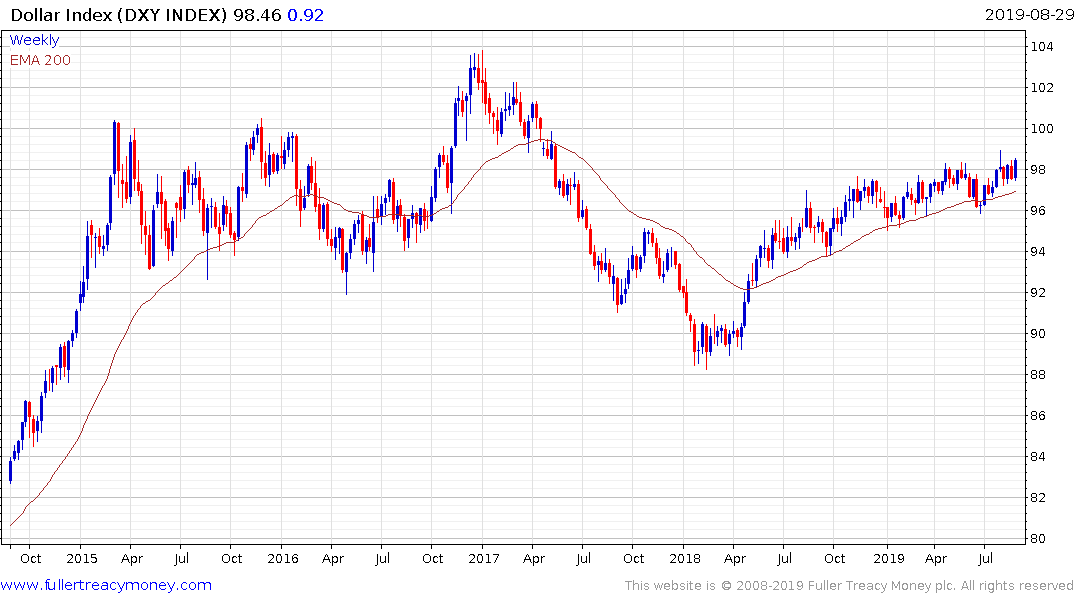 The Dollar remains quite firm because the USA is the least active in manipulating its currency lower at present.