Before the news broke on Tesla and Bitcoin, we were planning a research note on Ark Invest holdings across their five actively managed ETFs. Our motivation was driven by the fact that Ark Invest recently pushed above $50bn in asset under management (AUM) and that some holdings in the Ark Disruptive Innovation ETF were getting quite concentrated. As a result, we have dived into the numbers and can now extend our note It is time to get cautious on the Tesla-Bitcoin-Ark connection back in January.

There are two main idiosyncratic risk sources around the Ark funds if we exclude the general market risk. The first one, is the percent ownership of outstanding shares in a specific company across holdings in its five actively managed ETFs. The list below shows the company where Ark Invest owns more than 10% of the outstanding. The sharp observer will quickly note a big overlap with the new generation of biotechnology companies, that we also recently wrote about, and given Ark Invest has grown AUM from around $3bn a year ago to over $50bn gives you an indication of how big a force the investment firm has been in the bull market in biotechnology stocks. But AUM flow can reverse and thus these concentrated positions can become a liquidity issue and big risk for these stocks and Ark Invest itself.

ARK’s ETFs are actively managed. That’s something new in the space. Most people think of an ETF as a tracker and paid a premium for active management either through mutual funds or hedge funds. ARK provides the active management part at a discount but the 0.75% expense ratio on the Innovation ETF (ARKK) is chunky when compared to other similar funds. 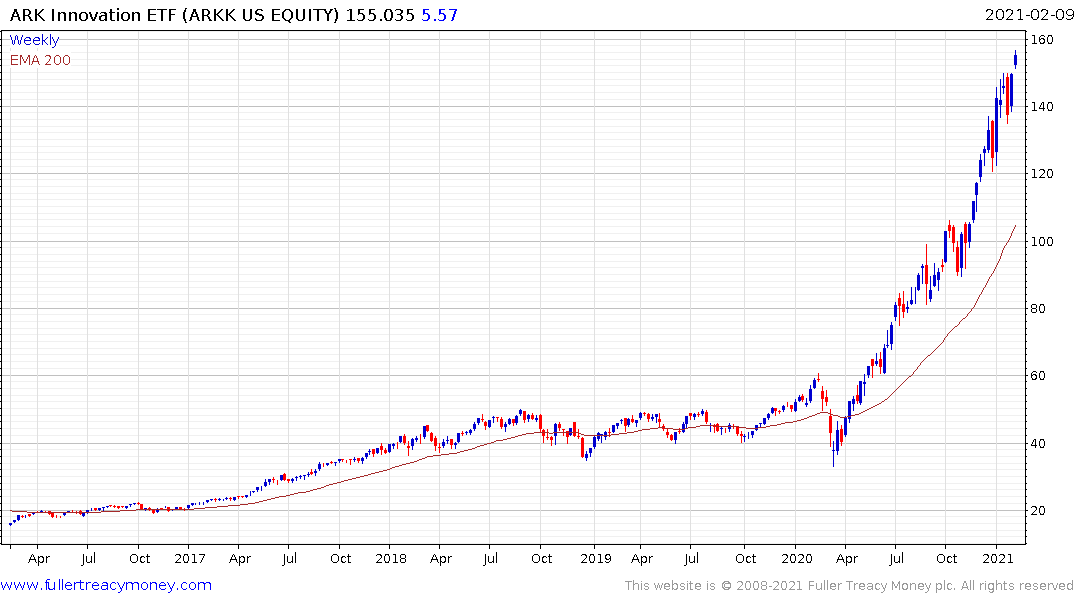 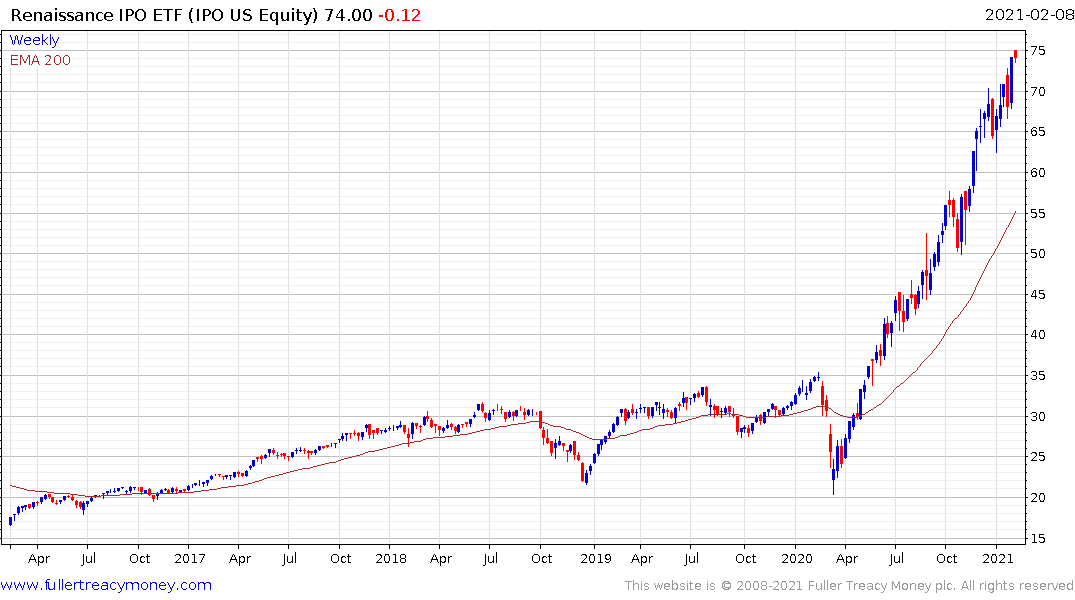 There are two primary points in the investment cycle when investors favour active management. The first is during a major decline. Many funds have to be fully invested so they chronically underperform. That’s when the advantage of hedge funds come into their own. Every bear market births a short selling superstar who is lauded for their foresight.

The other time when active management is popular is during a strong momentum led rally, like we have right now. There is always a subsector that does much better than the wider market and concentrated portfolios shine by focusing on it. ARK is fulfilling that function in this bull market. Its products are among the best plays on continued enthusiasm for IPOs and SPACs. A significant subset of the firm’s holdings will not survive policy normalisation. However, that that is not in sight at present.