The Future of Housing Rises in Phoenix
Comment of the Day

The Future of Housing Rises in Phoenix by Eoin Treacy

The house in Tolleson is one of several thousand around the city that Opendoor and two competitors—listings giant Zillow Group Inc. and Offerpad Inc.—have bought since 2014 in an attempt to perfect programmatic house flipping. Last year, they bought nearly 5,000 houses in the metro area, roughly one in every 20 existing homes sold. They’re after real-estate transaction fees and anything they can make on reselling the property. Margins are low, so volumes must be high.

The majority of mortgage lending in the USA is performed by non-bank lenders i.e. shadow banks. These kinds of highly leveraged business models work in an upswing but tight margins, acute price sensitivity represent significant medium-term threats. Then there is the fact that by running a volume model, real estate AI companies are contributing to flow but could suffer in a downturn as liquidity evaporates. 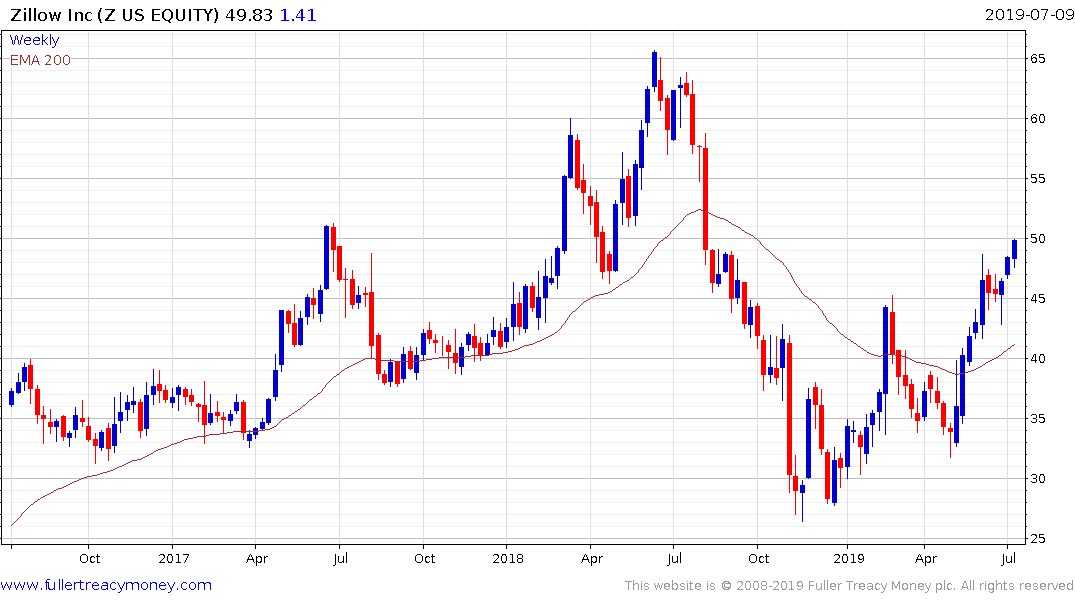 Zillow, which was in the low capital intensity high margin business of promotions but is transitioning to the highly capital intensive, low margin business of flipping houses. That represents an acute risk in the even of a future downturn. In the meantime, the share continues to recover and bounced three weeks ago from the region of the trend mean.

Invitation Homes has been trending steadily higher since January and broke out to new highs today. It has the benefit of having come early to the property acquisition game and is therefore less leveraged. 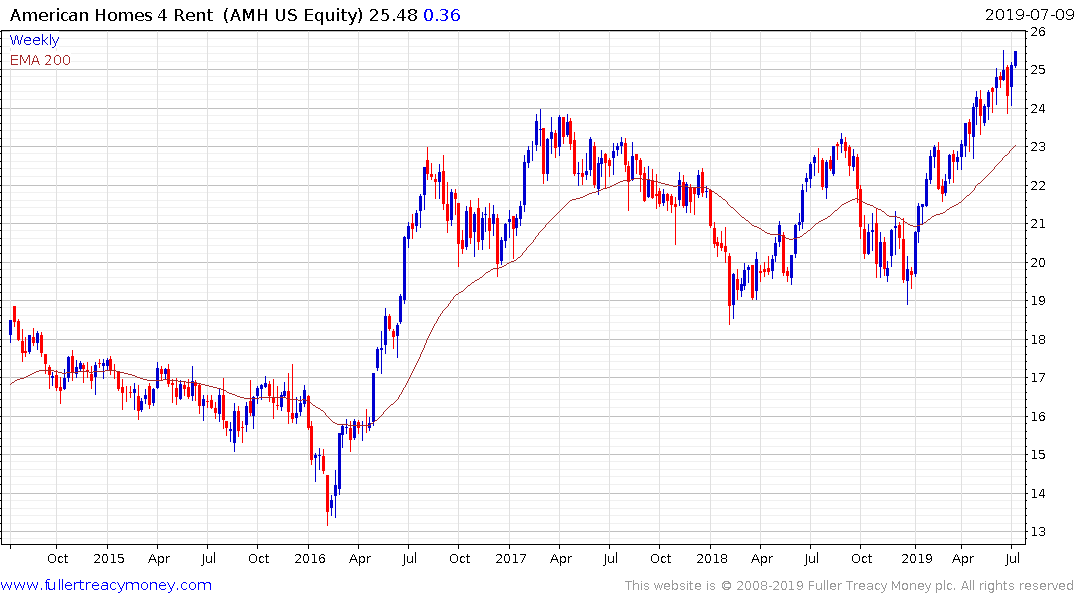 American Homes 4 Rent broke out of a two-year range in May and found support in the region of the upper boundary last week.