The Euro's Viral Turn Is More Than Pseudoscience by Eoin Treacy

Why? The clearest reason is the virus, which still dominates all of our lives. The broad narrative of the European struggle with the pandemic and how it compares with Americans’ battle on the other side of the Atlantic is roughly accurate. Neither has done as well in combating Covid as countries with wealth and advanced health systems should have done, but the EU record has been appreciably better throughout. That is now beginning to shift. The chart below shows the number of new cases recorded each five days. To allow an easy comparison, I multiplied the U.S. number to account for the EU’s larger population. Europe succumbed to its second wave a little ahead of the U.S., but this is the first time since Covid-19 appeared that new cases have risen in the EU while falling in America. This is plainly concerning.

The second big reason is wrapped up in the bond market and expectations for inflation. Treasuries tend to yield more than German bunds, and hence attract funds to the U.S., strengthening the dollar. This differential plummeted in the first month of the Covid scare — but at 2 percentage points it is now roughly back to where it started last year. The dollar has strengthened with it. The market has more confidence in the Federal Reserve’s ability to create inflation than it does in the European Central Bank’s, and so the dollar is rising:

The currency markets have spent the last year trading around the idea of the which country is doing best in the pandemic. The traditional metrics of money supply and interest rate differentials are less important at present, than the outlook for recovery. 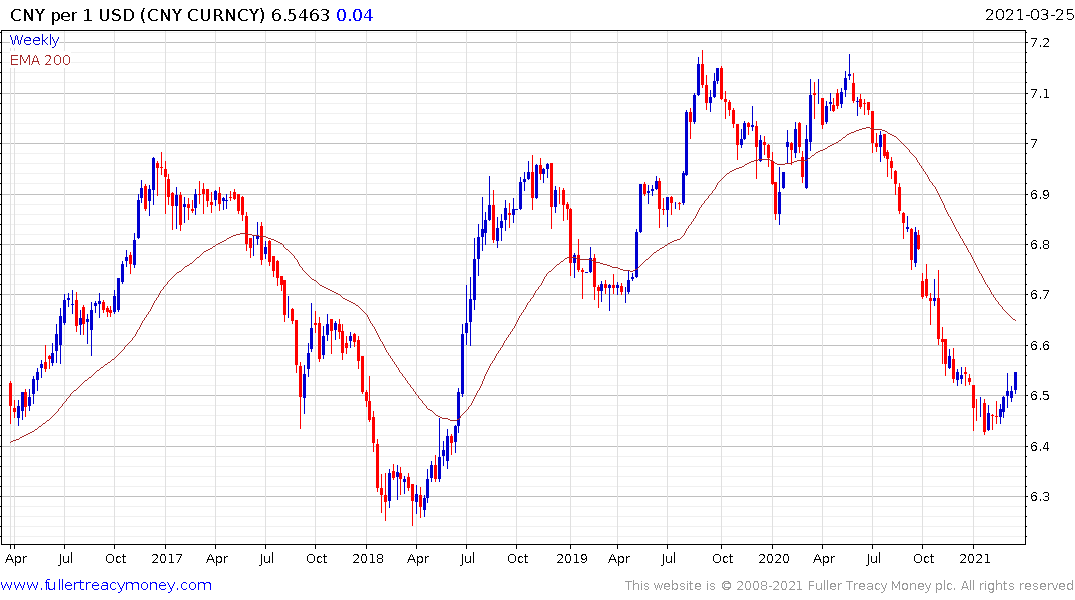 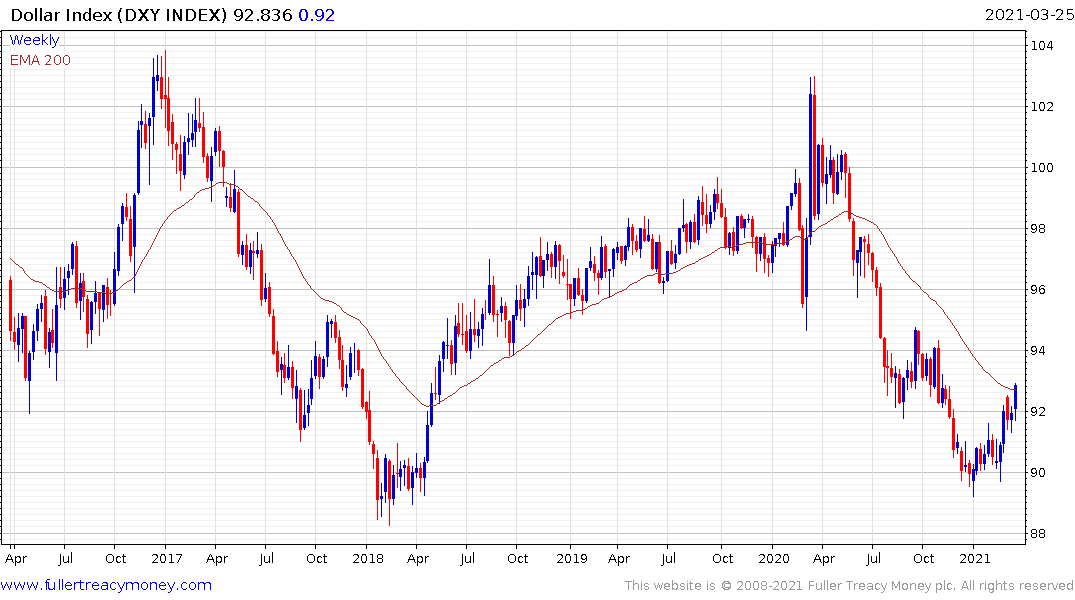 The Renminbi trended higher from May as it became apparent China had successfully contained the spread of the pandemic. Around the same time the Euro began to trend higher because there was the perception the EU was doing better at containment. More recently the US Dollar has rebounded because it is further along in its vaccination program than other major currency issuers. That rationale also helped to power the Pound’s recovery until quite recently.

The corollary focuses on growth potential. China is beginning to withdraw stimulus. The currency market is voting that they are too early in doing so since China has a long way to go in getting 1.3 billion people vaccinated. The EU’s growth will also be damaged by its failure to pioneer vaccine development and acquisition. Meanwhile the USA is on track to vaccinate anyone who wants one by June. Additionally, the Federal Reserve is going all out on promoting growth. 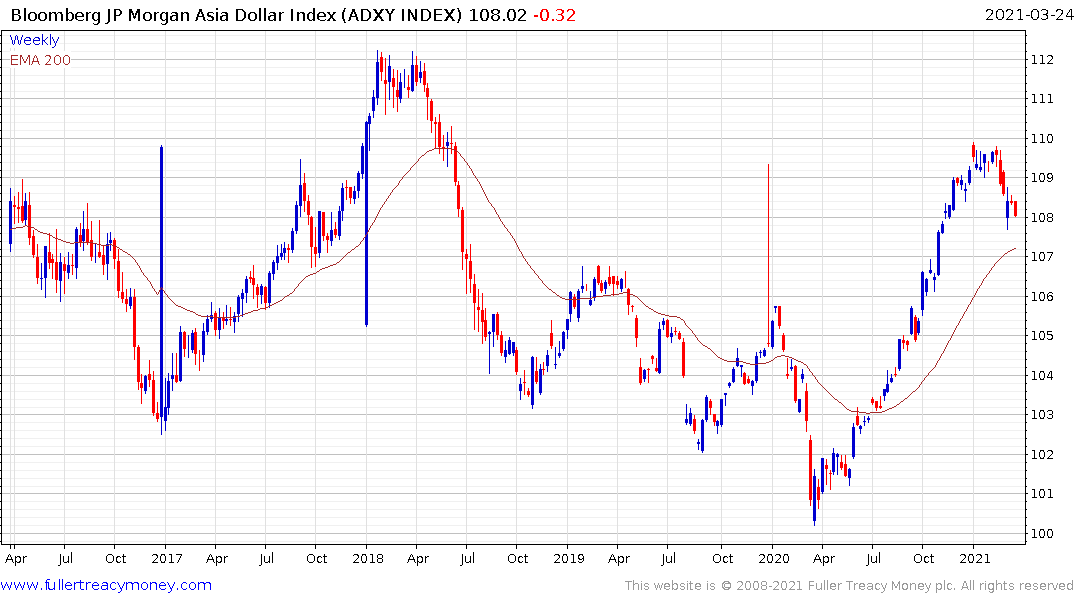 Many Asian currencies are following the Renminbi lower which highlights its status as a regional heavyweight. The have no choice than to match their performance to the Renminbi. 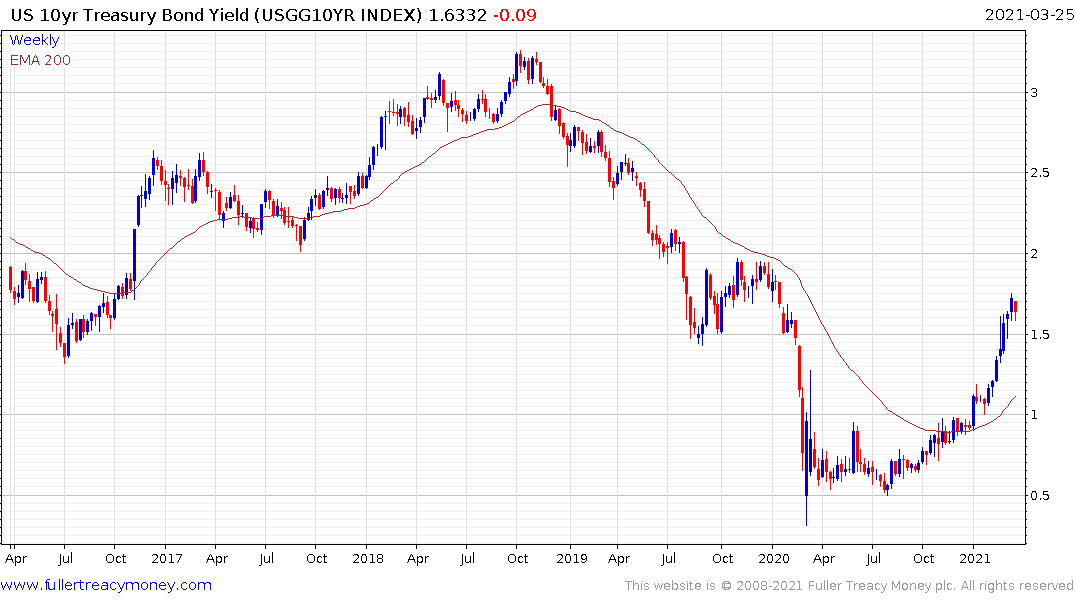 That has the potential to bolster the attraction of Treasuries, which are deeply oversold and have been losing downward momentum. Foreign investors now have the opportunity to capture both the yield and currency appreciation in favouring the asset class.

That’s also good news for the most highly leveraged portion of the market. There may be a delayed reaction because yields are still elevated but the lower the rate is the greater a tailwind it becomes.