The political agreement at the heart of the issue -- which seeks to replace treaties on everything from agriculture to immigration and civil aviation -- was finalized in November last year. It hasn’t been endorsed by the Swiss government because it’s unpopular at home, in part because of fears it’ll erode high local wages.

Earlier this month, while saying it was still “broadly positive,” Switzerland asked for some clarifications.” That was seen in Brussels as an attempt by the country to renegotiate the accord, which the EU has ruled out.

The commission has also complained about “foot-dragging” by the government in Bern, and unless the commission decides otherwise, regulatory equivalence of the Swiss stock exchange will expire at the end of the week.

The UK is not the only country which has had difficulty getting a deal negotiated with the EU approved at home. The interesting point about this process, from an outsider’s perspective, is the similarity in the EU’s response to both Switzerland and the UK. The refusal to reopen negotiations, the threat of disavowing regulatory equivalence and imposition of deadlines are being used as tactics in both sets of negotiations.

One of the primary objections negotiators with the EU have is the protectionist trend of regulation the bloc imposes, while simultaneously claiming it is a bastion for free markets. That was a point Wilbur Ross made last week in an interview and it will be instructive to see how the EU acts in negotiations with the USA, where has less of a dominant position compared to either the UK or Switzerland. https://www.cnbc.com/2019/06/17/its-complicated-to-negotiate-with-the-eu-wilbur-ross-says.html 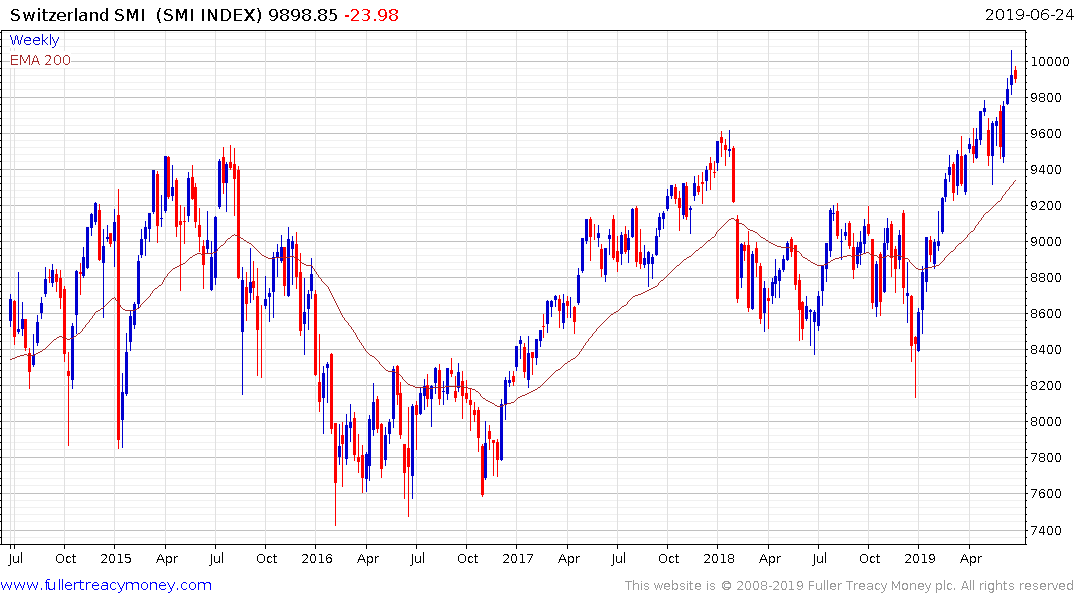 The SMI Index is exhibiting any stress at the threat of de-equivalence for the Swiss market by the EU. Some consolidation of the breakout to new highs is underway but has been modest in nature and a sustained move below the trend mean would be required to question medium-term scope for continued upside. 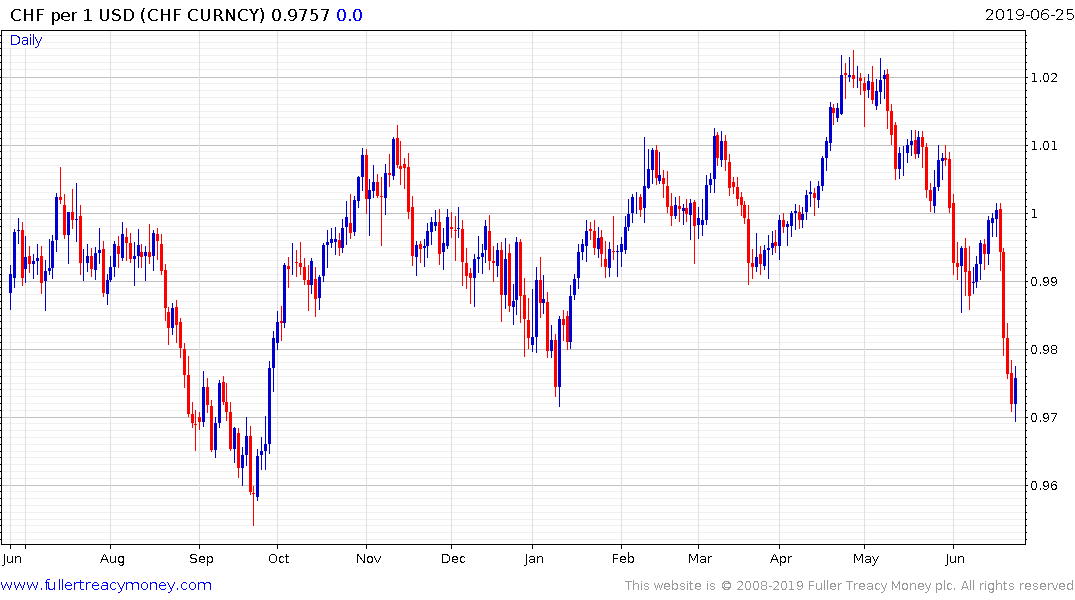 The US Dollar bounced today from the region of its January lows against the Swiss Franc, amid a short-term oversold condition.