Still, it is difficult to pinpoint reasons for the rise and fall of SNB shares. Most of the SNB’s profit in 2017 went to its own reserves and provisions, with two billion francs distributed to the federal government and Cantons.

The stock is thinly traded, which tends to exaggerate price moves. It pays a small dividend of 15 francs a share that is set by law. Analysts typically see SNB shares as a bond substitute, meaning its shares are particularly attractive at a time when government bond yields are low. Indeed, the recent retreat of the SNB’s share price has coincided with a rise in global government bond yields.

Mr. Studer noted that because SNB shares are governed under a mix of public and private-sector rules, the property rights of shareholders “are heavily restricted.”

The dividend can’t be increased beyond the legally-set maximum, he said, and “even a high profit in the preceding year does not change this.”

Listed central banks are stock market oddities since shareholders have no recourse to voting rights or an ability to pressure the board for better conditions. Instead they represent an institutional ploy to extract capital from traders willing to punt on the state’s fortunes. 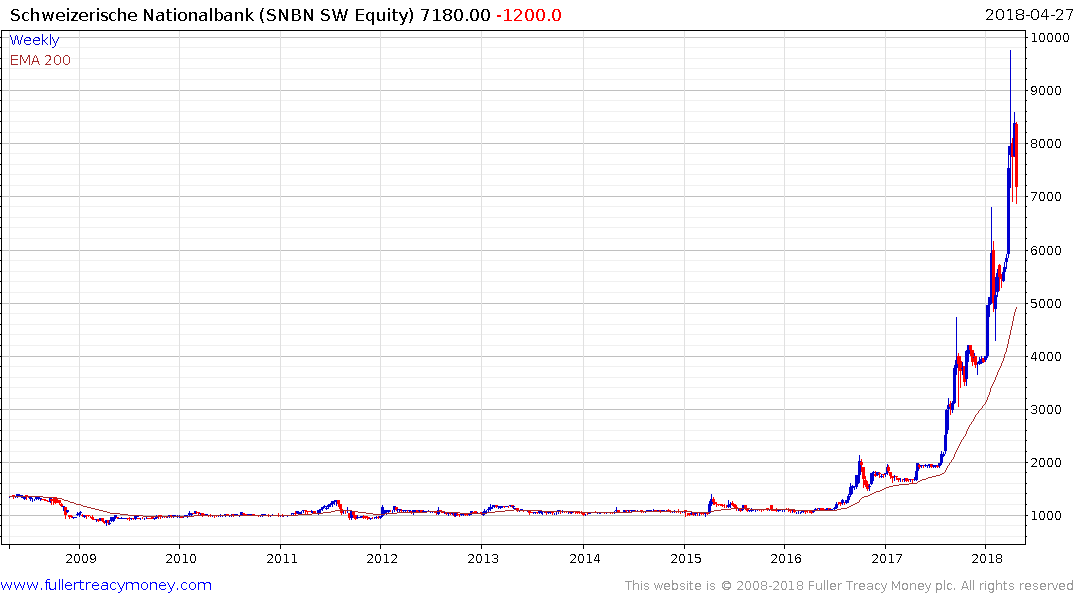 The Swiss National Bank share price has pulled back by CHF3000 since April and that is a relatively similar sized reaction to that posted in January. The CHF7000 area represents a potential area of support but a clear upward dynamic will be required to signal a return to demand dominance in this area. Its clear outperformance compare to other assets highlights just how successfully the country’s practice of buying equities using the proceeds of money printing have been.

The Bank of Japan is also buying equities but perhaps not on the same scale relative to the size of its economy. The share price rallied four weeks ago push back above the trend mean but upside follow through will be required to confirm a return to demand dominance. 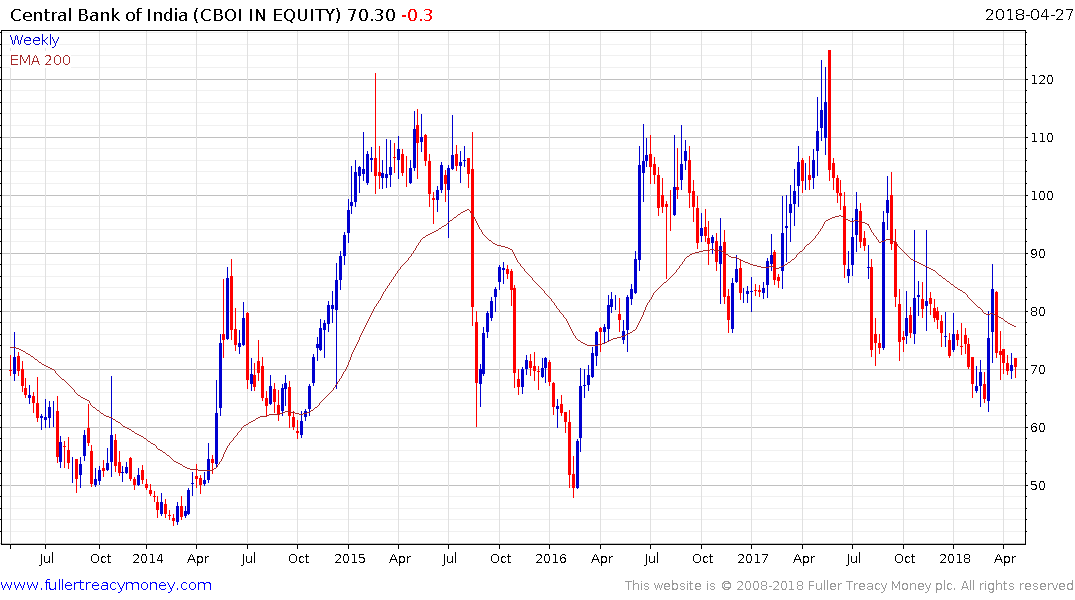 The Central Bank of India has been ranging in a volatile manner since 2014 and is now testing the lower boundary. It will need to sustain a move above the trend mean to confirm a return to demand dominance in this area. 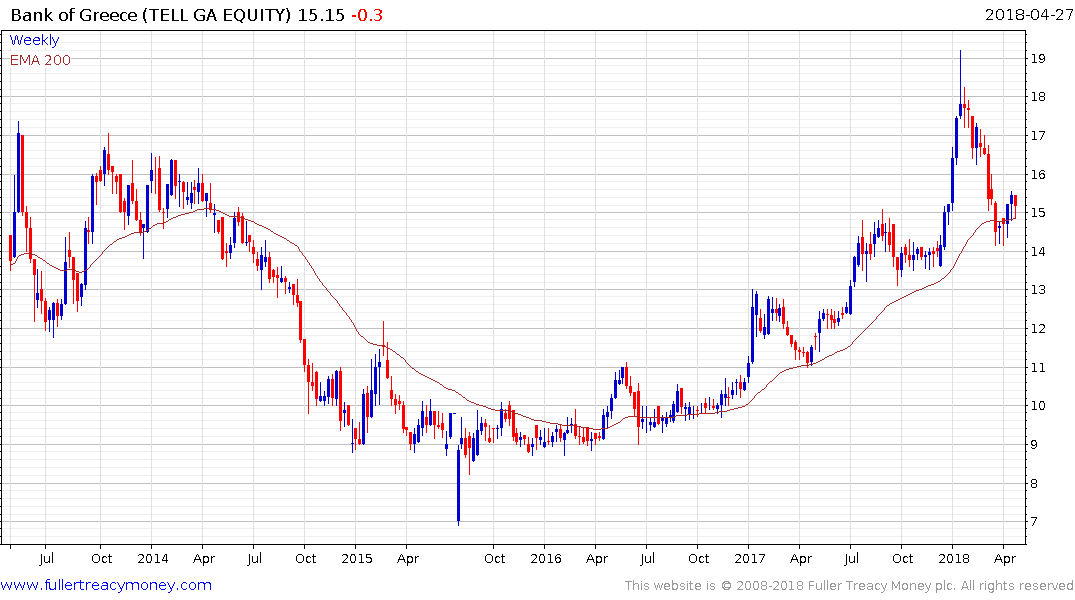 The Bank of Greece found medium-term support in 2015 and has held a progression of higher reaction lows since. It is now back testing the region of the trend mean and will need to hold this area if potential for additional higher to lateral ranging is to be given the benefit of the doubt.