As such, we are likely to have at least two bitcoins on August the 1st, but there may be even more. Bitcoiners, therefore, are strongly advised to not transact on that day until the situation becomes more clear.

Once the chain does split, BitcoinABC will probably be listed in at least one exchange, thus a period of high volatility and perhaps even trading frenzy should be expected as the market passes judgment on the value of the bitcoins.

Eventually, the dust will likely settle with one coin probably gaining some 80% or so of the current bitcoin value, while the minority coin can continue operating in their own network, free to follow their own roadmap and vision.

Which one will be which only the free market can tell us sometime next month as bitcoin finally makes a monumental and probably highly historical decision, at least for this space.

Bitcoin was set up so that no more than 21 million coins could ever be mined. More than 16 million have already been created, with the complexity of each successive block growing progressively more expensive to solve.  With bitcoins already priced out to 6 decimal places that limitation has asked legitimate questions about the sustainability of the global market when supply is so limited. That has led to a debate between monetary purists and miners who want to support the value by withholding supply and others who wish to see dynamic supply to allow the market to grow.

The disagreement will reach its conclusion on August 1st when the hard fork takes place and creates at least two separate versions of bitcoin. Ethereum experienced a hard fork in July 2016 and the expansive supply version, focusing on smart contract subsequently garnered most support. 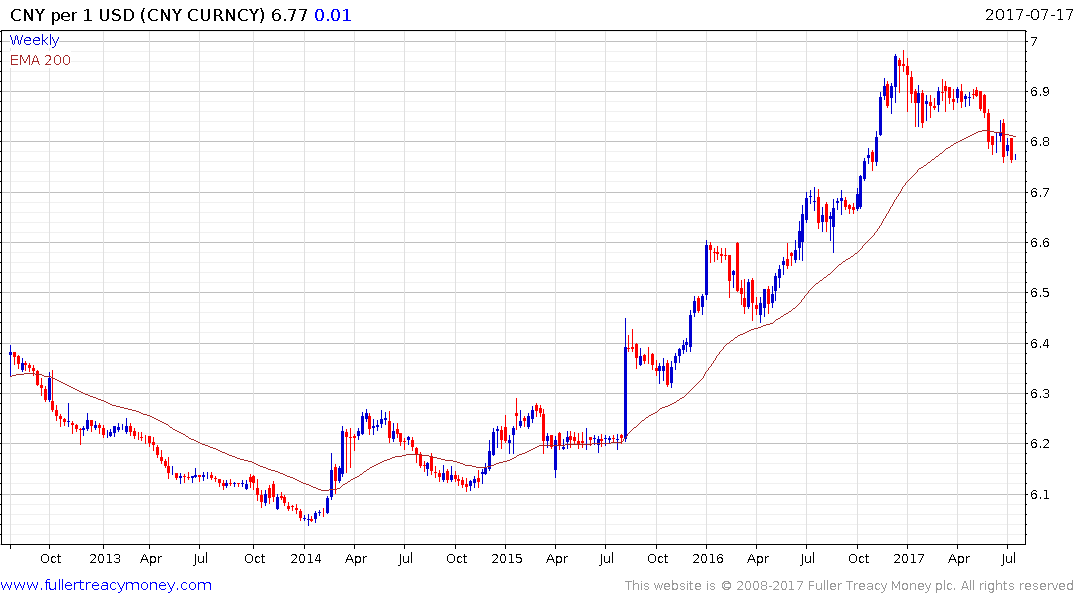 The relative strength of the Renminbi, particularly since late May, also represents a headwind for bitcoin because it represents less of an incentive for Chinese investors to move their money overseas using the cryptocurrency. 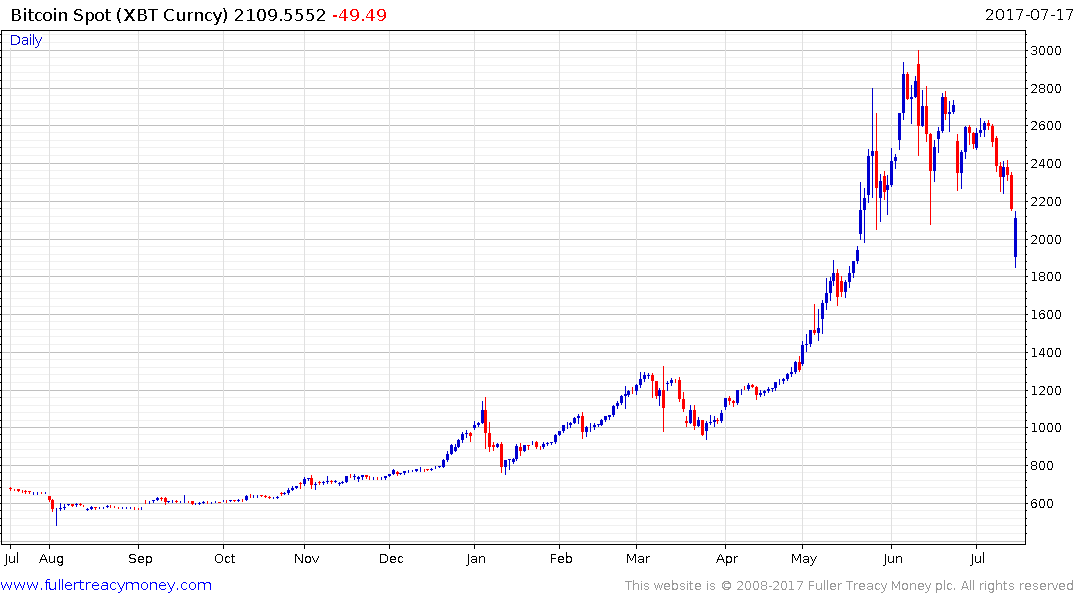 Bitcoin hit a medium-term peak near $3000 on June 12th and pulled back sharply over the last week to trade below $2000 yesterday. A short-term oversold condition is evident but the proximity of the hard fork is likely to act as a headwind to a significant rebound at least until August 1st.