Those slim allocations helped shield the funds from the recent losses suffered by Facebook and Netflix that bled over into the broader tech sector and S&P 500. Large-cap growth funds have outperformed the broad stock market index over the past month and year to date, rising 3.9% and 11% over those periods, according to Morningstar. That’s versus gains of 3.3% and 6.6%, respectively, for the S&P 500.

I get the sensation that there is a lot in schadenfreude in the actively managed segment of the market because they sidestepped the recent setbacks in Facebook and Netflix. No mention is being made of how much they underperformed over the last three years because they were so underweight the so-called FANGs. 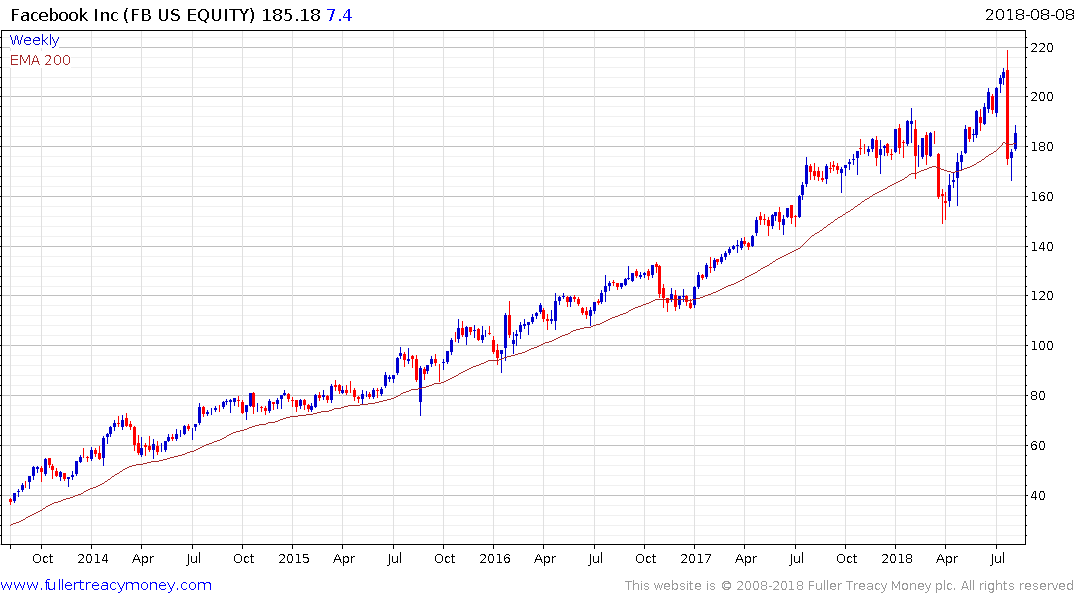 There is little argument that Facebook’s previously consistent trend is now much less so and the best-case scenario is probably for some potentially prolonged ranging. 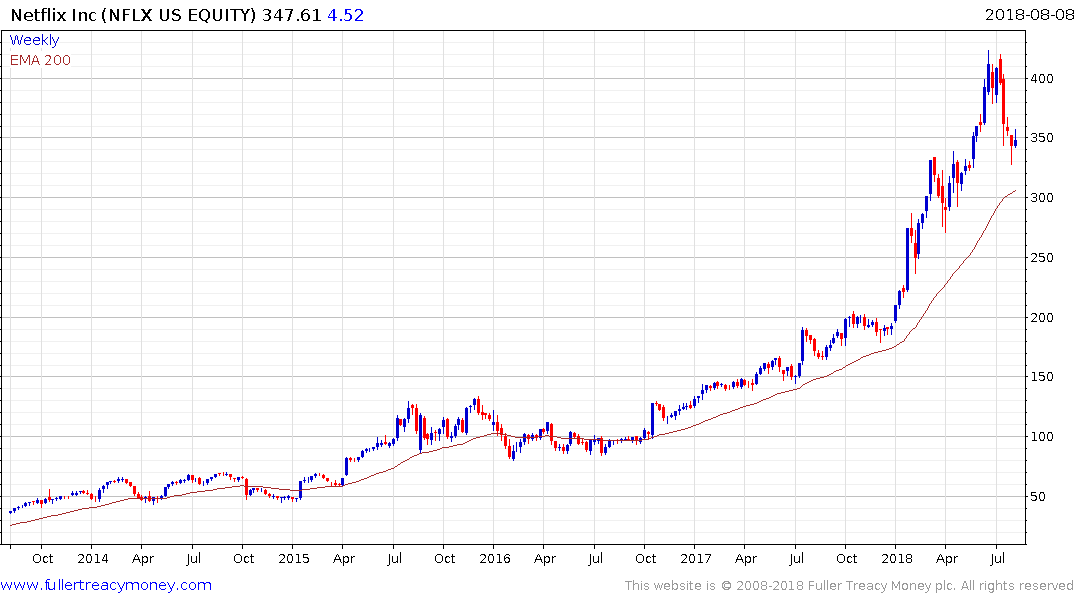 Netflix continues to unwind its overbought condition relative to the trend mean. 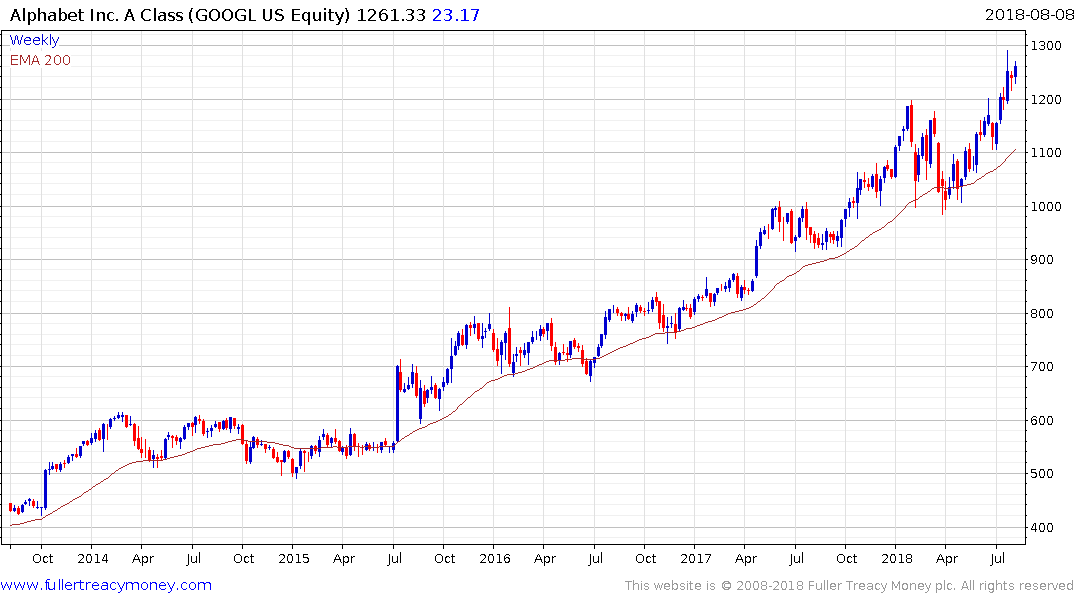 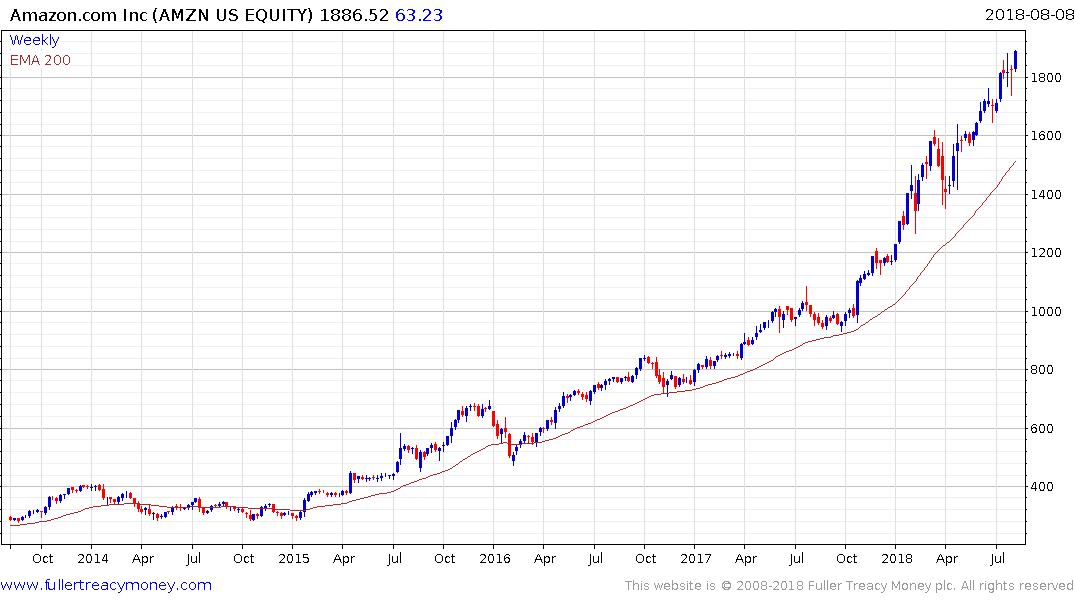 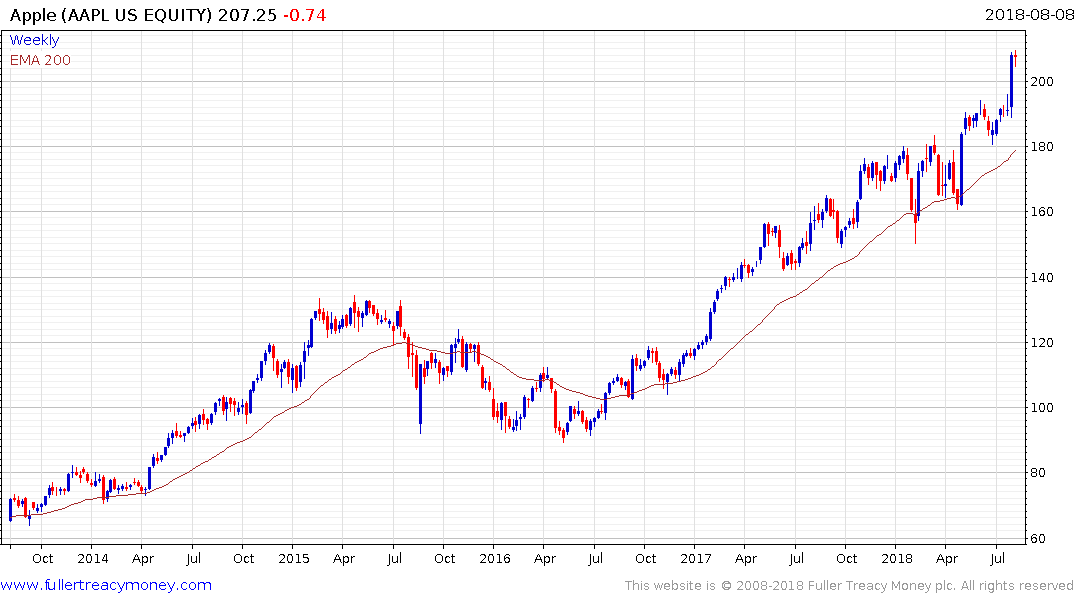 The performance of these two shares is not enough to justify the tech wreck rhetoric currently circulating not least as Amazon and Apple continue to extend their uptrends and Google continues to rebound. 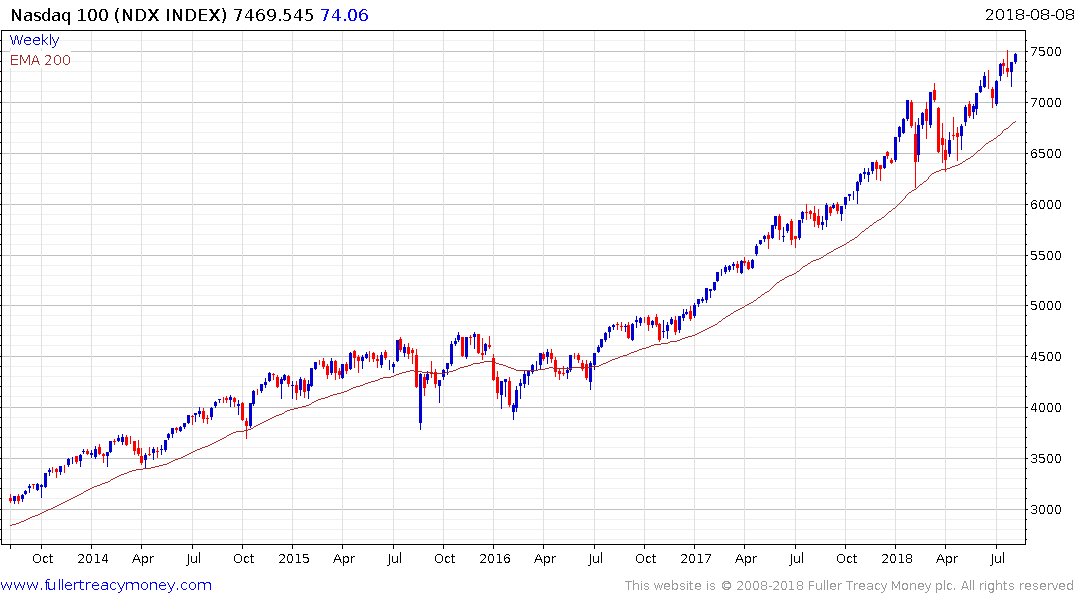 The Nasdaq-100 is back testing its peak and while it is somewhat overbought in the very short-term, a sustained move below the trend mean would be required to question medium-term potential for additional upside.