“Zuma’s imprisonment was the spark that ignited the protests, but underlying issues such as rampant unemployment, widespread inequality and discontent with Covid-19 related restrictions are the powder keg,” Montana said.

The reality is South Africa is suffering from the declining standards of governance the economy has endured for the last couple of decades. South Africa’s strength is in the independent judiciary. It is imperative that contempt of court charges be addressed in an adroit manner regardless of the target. The challenge is faith in democratic institutions has fallen to a low ebb and many of Zuma’s supporters believe the corruption charges levied against him are politically motivated. It’s hard to avoid that conclusion when corruption is rife and the new administration has failed to do anything to improve the situation. 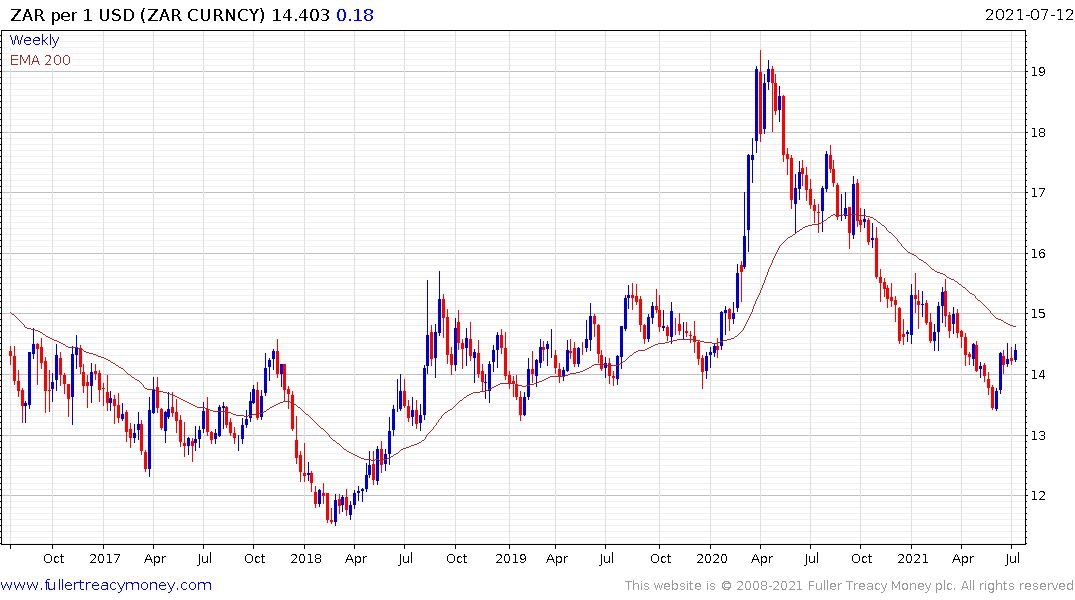 The Dollar continues to extend its rebound against the South African Rand and is now testing the region of the trend mean. This is the first area of potential resistance and clear move above ZAR15 will be required to signal a return to demand dominance beyond the short term. 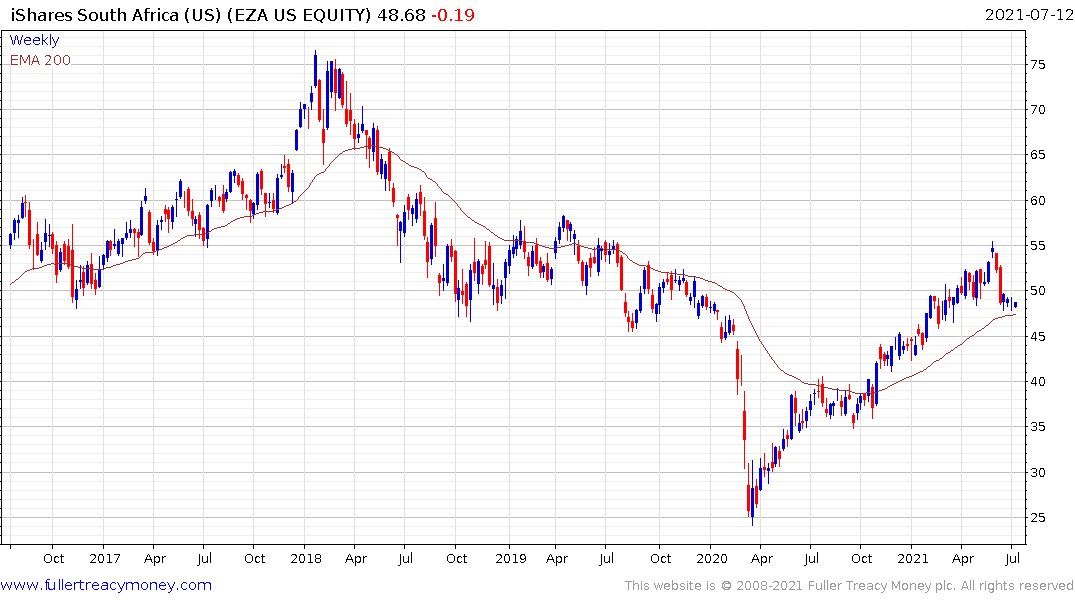 The iShares MSCI South Africa ETF has broken its sequence of higher reaction lows and will need to rebound smartly from current levels if the rebound is to continue to be given the benefit of the doubt.