Quality Equities: The Solution to Today's Equity Conundrum
Comment of the Day

Let’s consider the U.S. FAANG stock Alphabet, which is the largest holding in our portfolio. While Alphabet may trade at a superficially high P/E, we believe its valuation is justified based on a more appropriate analysis of its fundamentals. Specifically, we looked at how Alphabet invests in R&D and how that translates into higher future revenues, thereby growing market share and continued relevance. From an accounting point of view, however, today’s R&D is taken out of today’s earnings as an immediate expense, whereas in reality current earnings are driven by the R&D of several years ago. Taking an alternate accounting approach of capitalizing R&D and amortizing the expense over time (as is standard with tangible assets) paints a more accurate picture of Alphabet’s true valuation, in which current earnings power is significantly higher. Taken in combination with the company’s high cash level and strong growth prospects, we find that the market is affording the opportunity to invest in a high quality growth stock trading at attractive multiples. These multiples are made even more attractive after recent market turbulence. Exhibit 1 shows the magnitude of the R&D effect and the series of adjustments we made in thinking about Alphabet’s P/E ratio.

As of 11/30/18, the S&P 500 was trading at 20.9 times trailing earnings, compared to an average multiple of 15.7 dating back to 1880.2 In an expensive market, quality companies typically trade at higher P/E’s than most “value” investors would like. The key, however, is to choose companies with resilient margins and strong business results that justify their current valuations.

At today’s prices, we believe that our buy-and-hold portfolio of quality equities can generate a return in the order of 5% above inflation based on our discounted cash flow analysis. Additional return opportunities will present themselves when market volatility allows us to rebalance into the most attractive names at cheaper prices.

When David and I came up with the idea of the Autonomies back in 2010 we were thinking of companies that could perform come hail or shine in the evolving secular bull market. There are three fundamental strands to that belief and one technical.

The rise of the global consumer is a euphemism for the spread of capitalism and improving standards of governance which have historically delivered improving standards of living and higher consumption of goods and services. As long as capitalism continues to spread and governance improves millions of people are likely to be lifted out of poverty and into the middle classes. Asia and Africa are ground zero for that trend to persist in the coming decades.

Back in 2006 we read a report from Citigroup claiming unconventional oil and gas were gamechangers for the chemical sector. It was only logical to extend the argument to the entire energy sector because prices for everything are set at the margin. The early peak production profile of unconventional wells introduces the ability to tailor supply to prices which is likely to keep a cap on prices. That’s allowed the USA move from being the largest energy importer and being an exporter and not far from being energy independent. It has been a boon for energy consumers everywhere and importantly removes a headwind to global growth.

The accelerating pace of technological innovation, and the productivity growth it helps to deliver, has been a factor in the major bull markets of the 20th century and is no less important today. Artificial intelligence, automation, autonomy, cloud computing, electrification, battery efficiency, genetic sequencing, editing and synthetic biology, immuno-oncology are all at varying stages of commercialisation but have the capacity to deliver the productivity growth required to fuel a secular bull market.

Secular bears generally deliver more than decade-long ranges and secular bulls begin when breakouts from those ranges occur. Therefore, this secular bull market began in 2013 for Wall Street and Europe is still in a secular bear, while the UK is somewhere in the middle.

When thinking about companies that can prosper over the long-term there are two ways to bet. You can try to pick the innovators in the hope that the best will go on to become the largest companies in the world, or you can bet on the companies that buy the innovation to improve their own businesses. The first is riskier because it means accepting the possibility you could be wrong and your chosen company does not innovate faster than its competitors and ultimately disappears. The beneficiaries from bigger markets and improving efficiency are a less risky bet but are also likely to rise less than high growth companies.

Therefore, the Autonomies are a mix of both. However, they share one core characteristic which is to dominate their respective sectors. Investors in quality or technology talk about margins or size of the moat around a business’ market share. Oligopoly is another way of thinking about it. Google dominates search, Linde and Air Liquide dominate compressed gases, BHP and Rio Tinto dominate iron-ore, Coca Cola dominates soft drinks just like McDonalds dominates fast food and Starbucks’ dominates coffee. 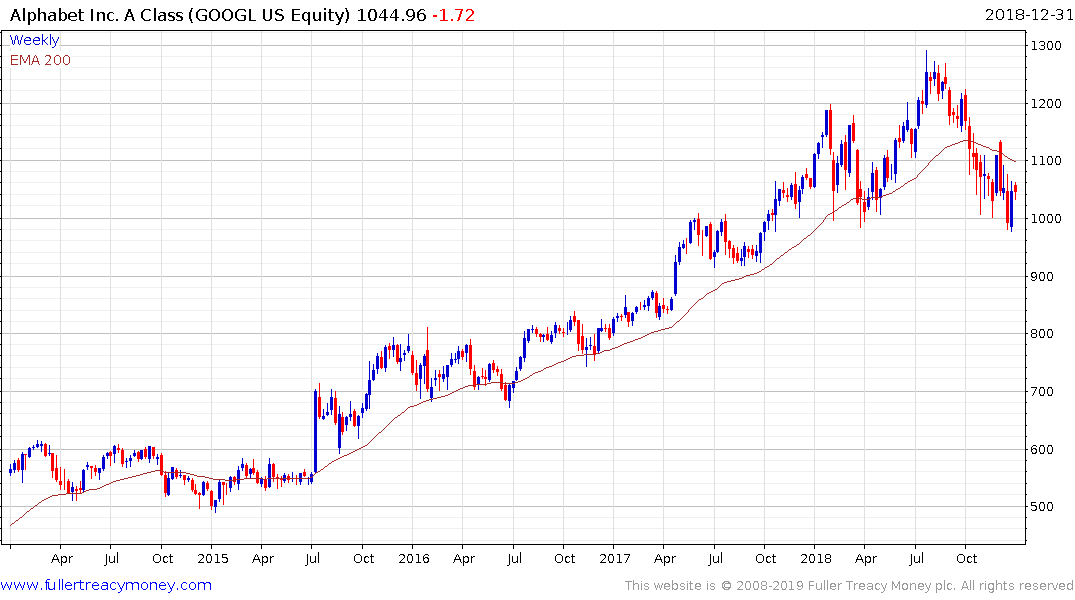 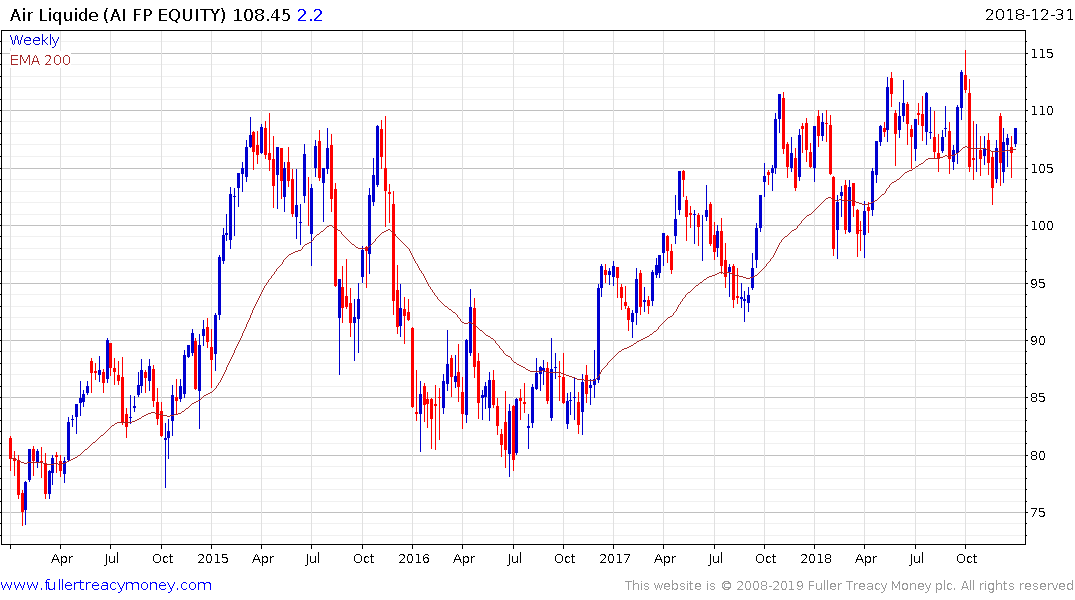 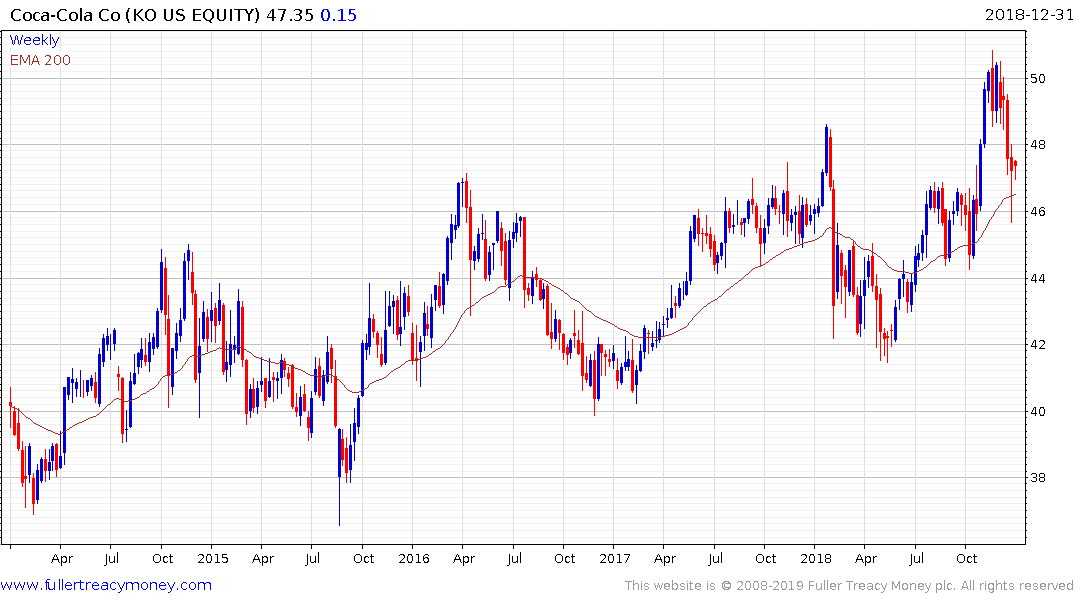 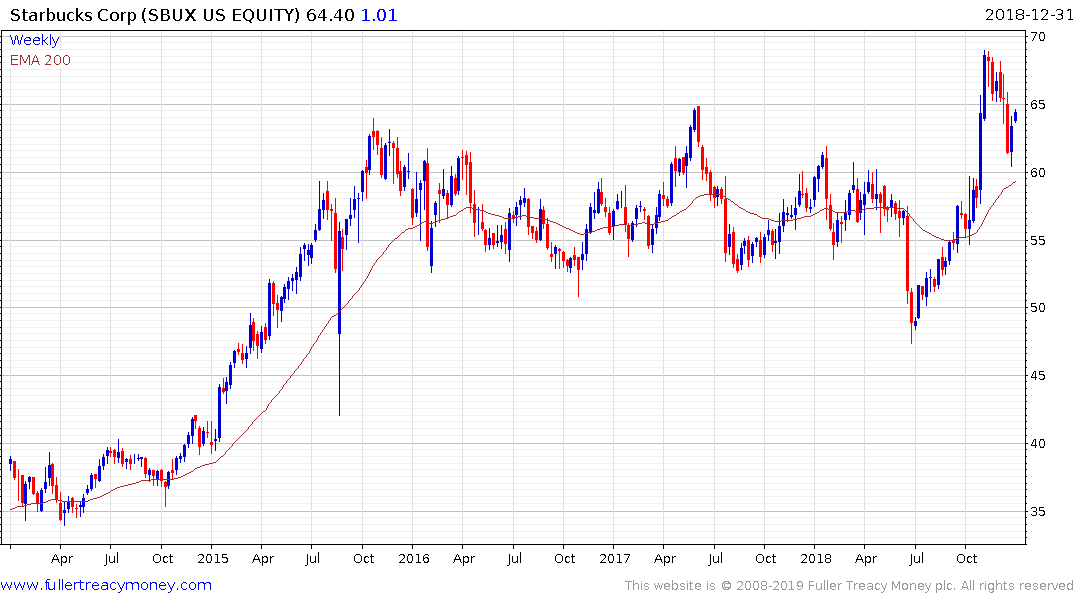 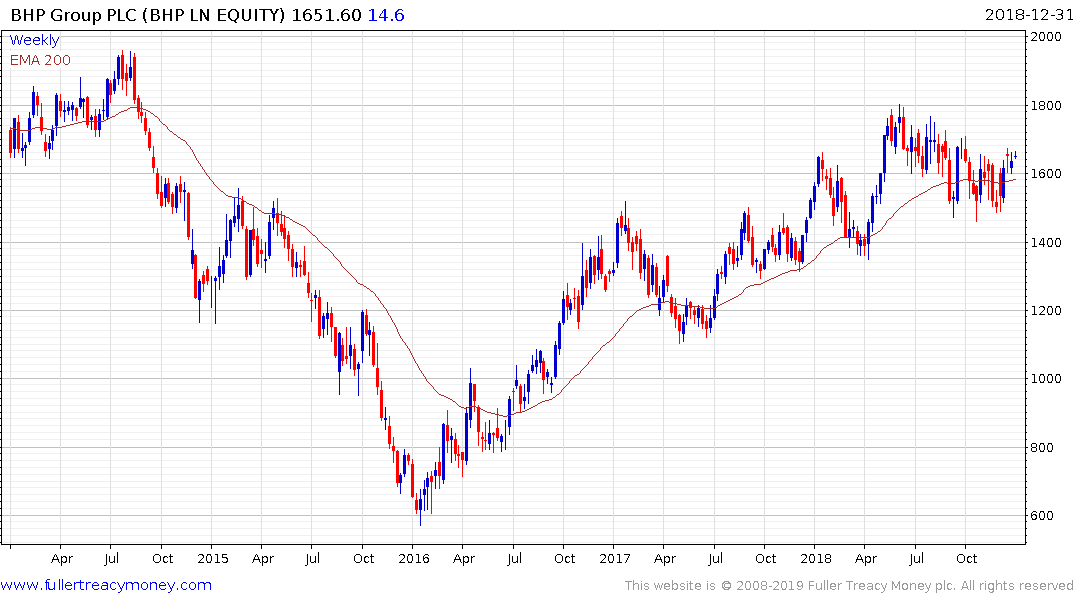 The fact these companies have strong market share results in strong cashflows and a good many pay dividends and have a strong record of dividend growth. However, to only focus on dividends would be to excise from the search a significant number of companies that may pay dividends in future. Google and Amazon are both such companies.

There is no getting around the fact that by betting on large companies you end up owning the major constituents of the primary stock market indices. That means the Autonomies are not immune to market forces and do sell off in times of stress. However, what has been clear over the last decade is they rarely appear to do so in unison because they are composed by both growth and defensive companies.

There is no secular bull market that is not punctuated by the occasional recession and the global slowdown is raising the potential for contractions in an increasingly large number of countries led by Europe and then by China. The removal of stimulus, tightening credit conditions, widening high yield spreads and the underperformance of banks and listed private equity firms, globally, together with an increasingly large number of completed top formations on major stock market indices suggest this is no time for complacency.

It’s a time we naturally have to ask whether it is better to abide by an ideology and have faith in the rational argument for why quality companies should continue to exhibit relative strength by rising more on the upswing and falling less on the downdrafts or whether it is better to follow a trend followers’ doctrine which is to sell on evidence of clear top formation and buy when the value proposition and price action tell us a bottom is in.

The fact we are still having this discussion today is a testament to how little profit erosion has occurred for long-term investors despite the pullback seen to date. When trend consistency changes it tells us the imbalance between supply and demand which propelled the trend has changed and very possibly reversed. Every bear market eventually ends and tightening high yield spreads are usually a sign a low is close. Having cash to invest when that occurs would give investors the opportunity to pick up quality stocks at attractive prices.