At The Chart Seminar we discuss the progression of investor psychology through disbelief, acceptance and into mania as bull markets develop, evolve and eventually end.  John Templeton’s quote “Bull markets are born on pessimism, grown on skepticism, mature on optimism, and die on euphoria.” Is relevant to that discussion. 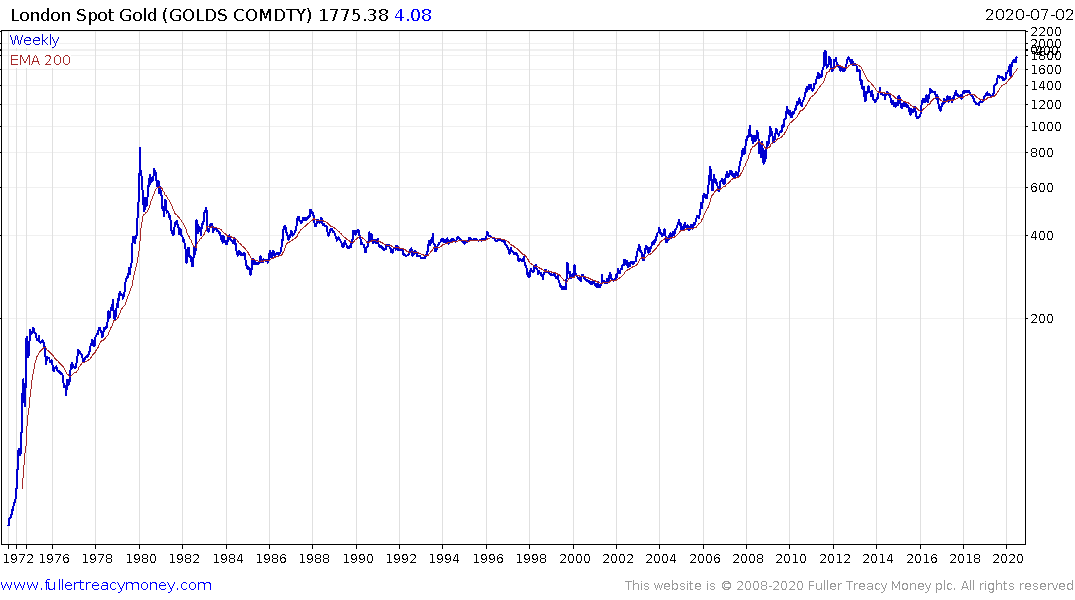 Gold hit a significant peak in 2011 and pulled back significantly in a medium-term downtrend. It then put in a base that lasted six years. I got interested in gold again in 2018 and was too early in investing at the time. It is always difficult in the base formation because no one is really convinced of the upside potential because they do not have any evidence to support their claims of impending superior performance.

The base was completed about a year ago and the price has quickly rallied to retest the old peak. Right now, gold is still a niche investment. Gold miners only want to merger. It is very difficult to raise money for new mines and investors are focused on cash flows. That is all symptomatic of disbelief. That’s normal. Even though prices have already broken out of the base, there is still a tendency to believe that the gains can’t last. The relative performance of technology shares also offers a competing narrative that equities only go up.

We will have clear evidence of acceptance of the new bull market hypothesis when high beta plays, that focus on leverage instead of cashflows, turn to outperformance. Silver and junior gold miners are still trading within their respective base formations. When they breakout it would reasonable to conclude we are in the 2nd psychological perception stage of the bull market. 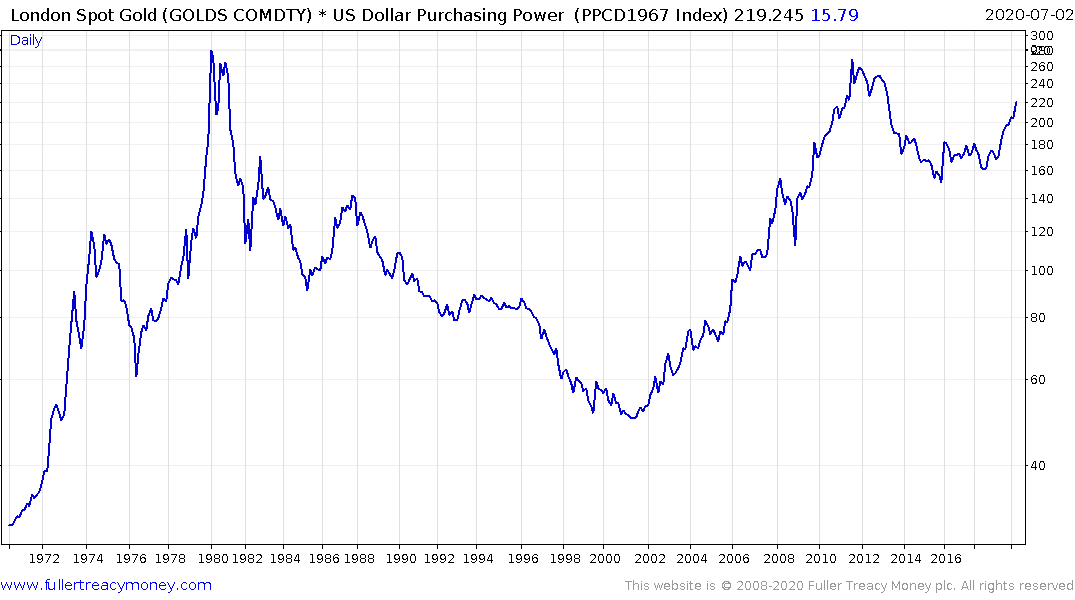 I would expect the price of gold to make significant new highs on a purchasing power parity basis, during this phase.

You cannot have a big bull market without a big story. It’s a basic requirement because something needs to attract the masses of new investor necessary to create a mania. For gold it’s a simple story. Financial repression. Governments are broke and the spending plans underway to combat the lockdown-induced recessions are going to push deficits to even greater heights. To pay down the debt interest rates will eb kept low, the purchasing power of currencies will be degraded and savers will be robbed of returns. The only outlet is to speculate. 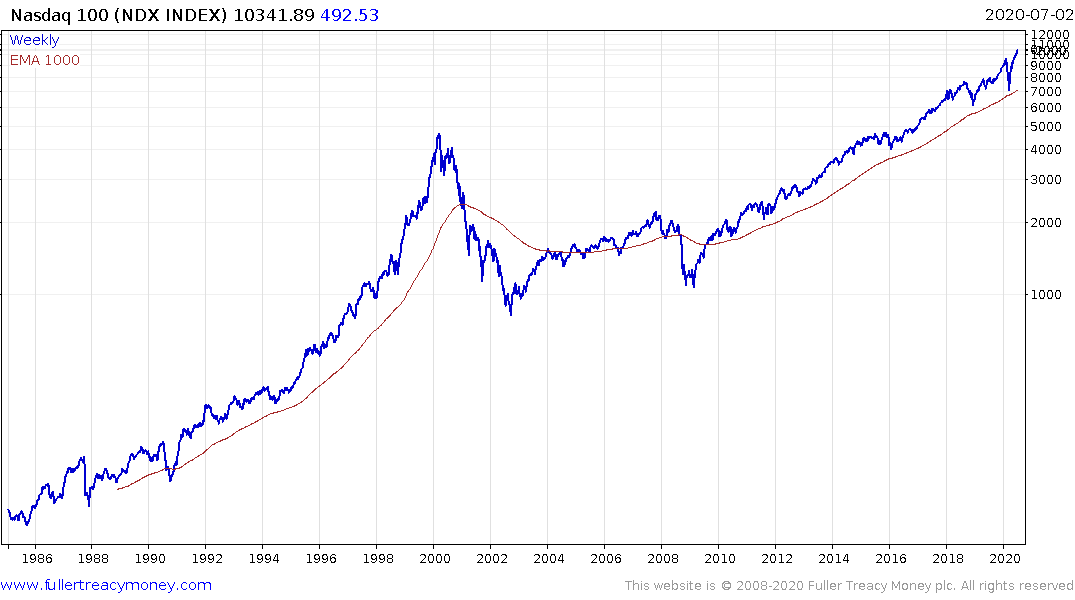 Arguably, the mega-cap technology sector is now in the 3rd psychological perception stage of its bull market for exactly that reason. The rise of earnings agnostic investing over the last decade has been enabled by the erosion of the discount rate as a valuation tool. With zero interest rates and abundant liquidity capturing market share is the only business model that makes sense. That is regardless of the fact that winner takes all will eventually lead to fewer companies and potential breaks as antitrust grows.

Meanwhile gold is at the other end of the spectrum and as a result is the only hard asset that is also a value play at current levels.