Shortly before the comment on asset purchases, Powell said it’s time to stop using the word “transitory” to describe inflation.

“We tend to use it to mean that it won’t leave a permanent mark in the form of higher inflation,” Powell said. “I think it’s a good time to retire that word and try to explain more clearly what we mean.”

Raising the prospect of a quicker tapering pace, after the biggest downward dynamic in stock markets in months, reveals a degree of insensitivity at the Fed. Stock market investors don’t take kindly to anything that restricts the liquidity on which valuations rely. 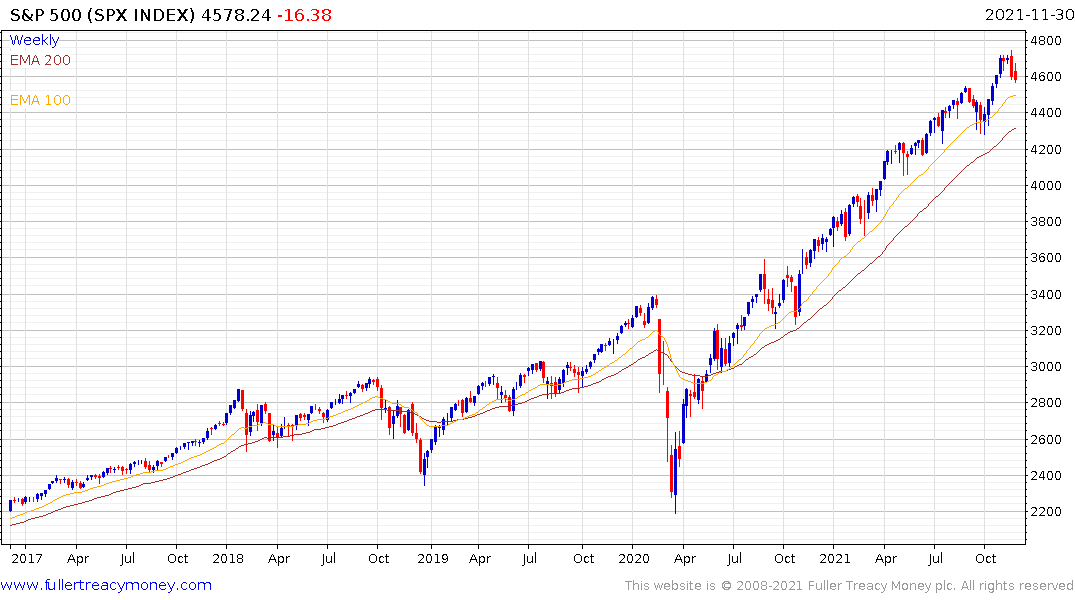 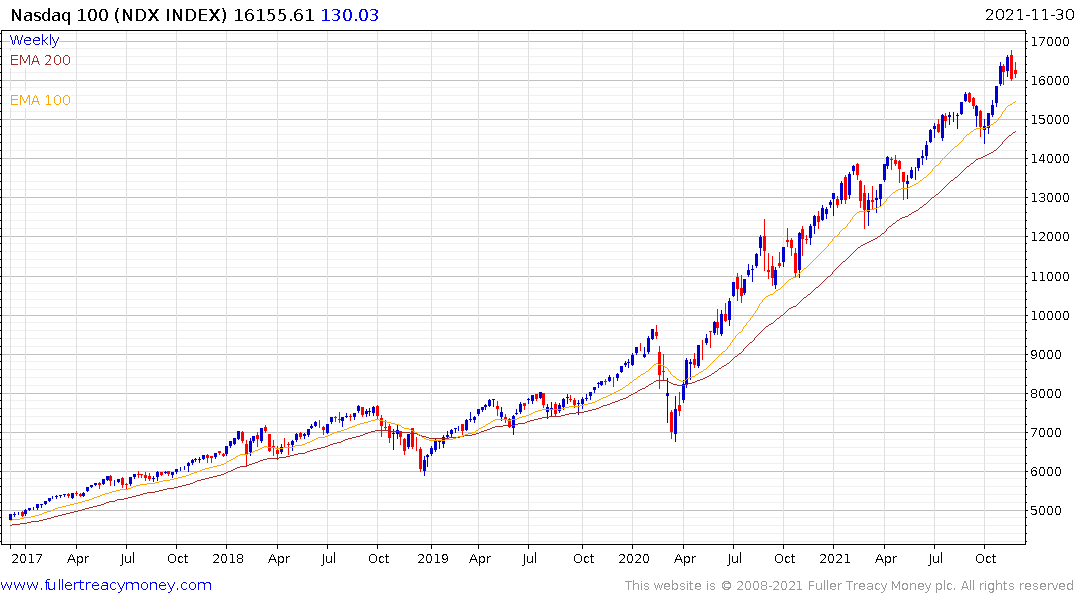 In a strong momentum-fuelled market, the 100-day moving average is adopted by traders as a touchstone for where support should be found and dips bought. At present, that trend mean coincides with the region of the September peak.

The primary consistency of the trend has been that breakouts are sustained and each range forms above the last. A failure at the 100-day MA would be a significant trend inconsistency and would suggest a peak of medium-term significance. 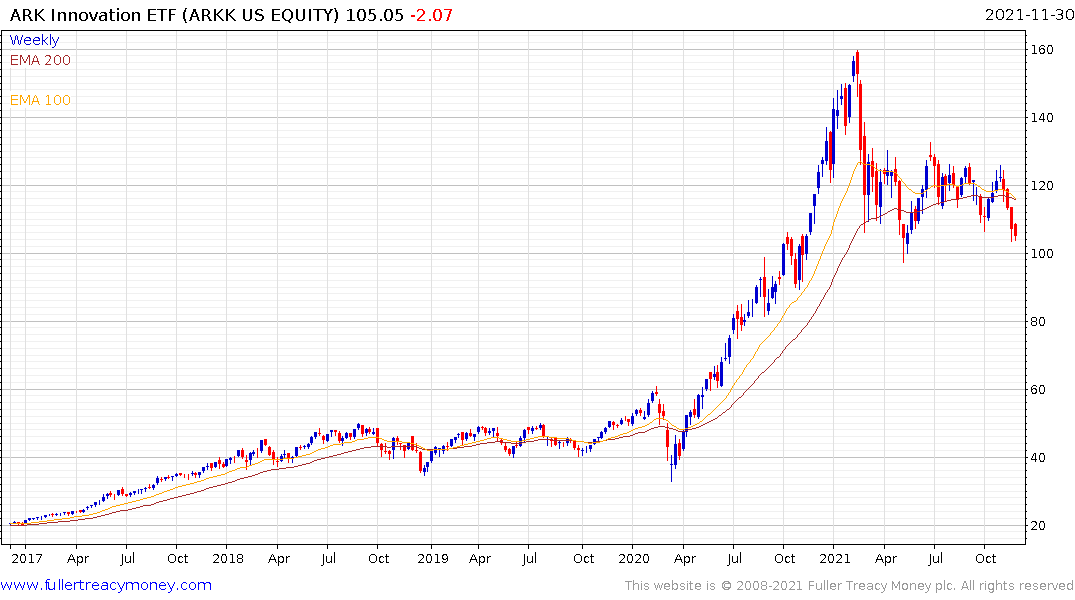 The ARK Innovation ETF has Type-1 top formation with right hand extension characteristics. Opportunists are likely to want to buy a break below $100 with stops places close below buy orders. 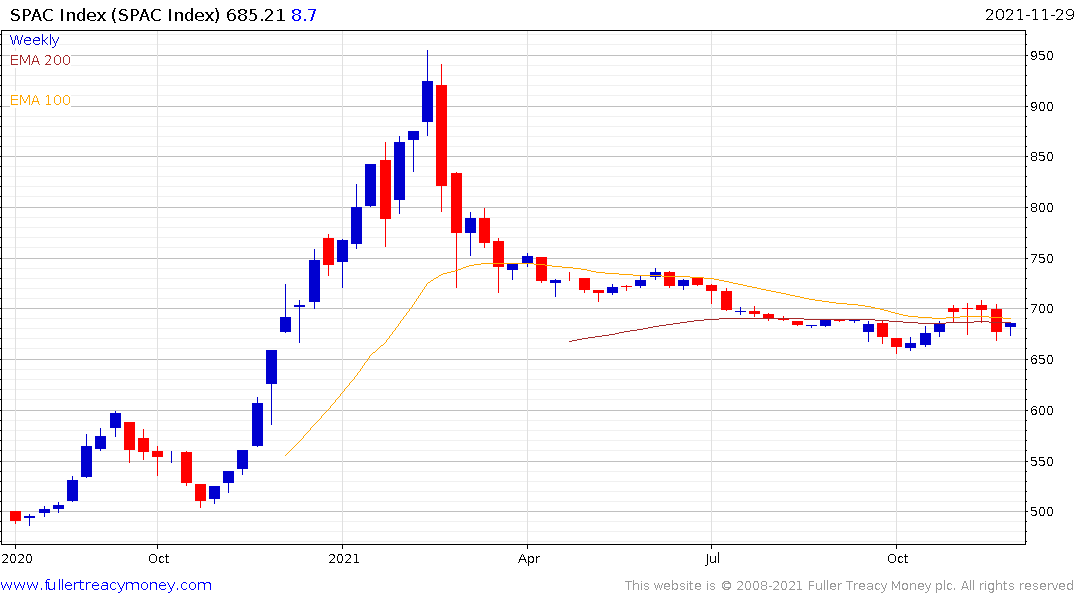 If the Fed persists in fighting inflation when there are already clear deflation forces mounting, there is significant scope for unprofitable businesses to correct significantly.