The committee repeated language from its previous meeting, saying it “will be patient as it determines what future adjustments to the target range for the federal funds rate may be appropriate,’’ according to a statement Wednesday following a two-day gathering in Washington.

The unanimous 10-0 decision left the target range for the benchmark federal funds rate at 2.25 percent to 2.5 percent.

The Fed’s emphasis on subdued inflation prompted knee-jerk buying of government debt as traders added to positioning for a rate cut. However, that initial rally reversed on Powell’s comments on appropriate policy and transient inflation.

The Dollar has been particularly firm against a wide basket of currencies for the last six months and that is despite the announcement from the Fed last year that they are not going to raise rates. Therefore, there must be another reason for the currency’s strength. 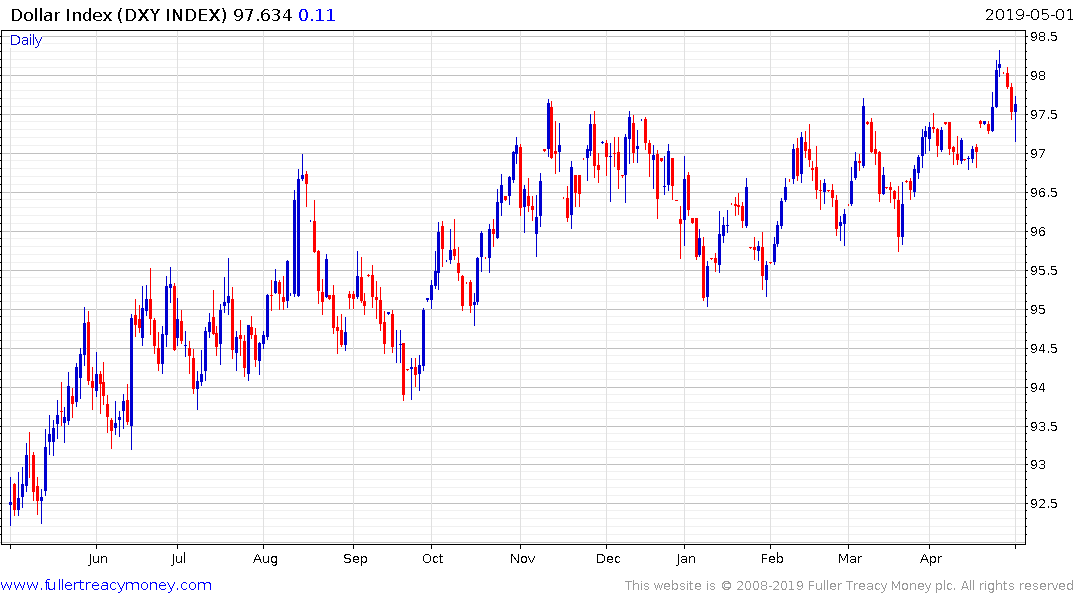 It may be as simple as a shortage of Dollars. Quantitative tightening has not yet ended. In fact, the pace of the decline in the Fed’s balance sheet has not even moderated. Removing Dollars from supply is a fundamental support for the currency. 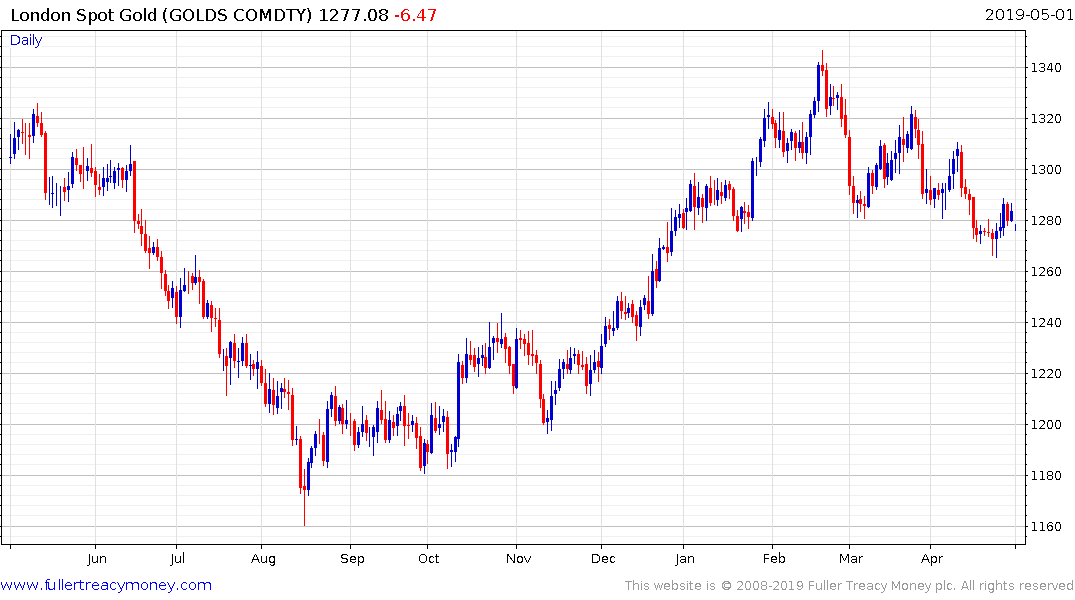 The failure of the Fed to bring forward the end of its balance sheet reduction and the resumption of expansion represents a tailwind for the Dollar and is an inhibitor to gold rallying. 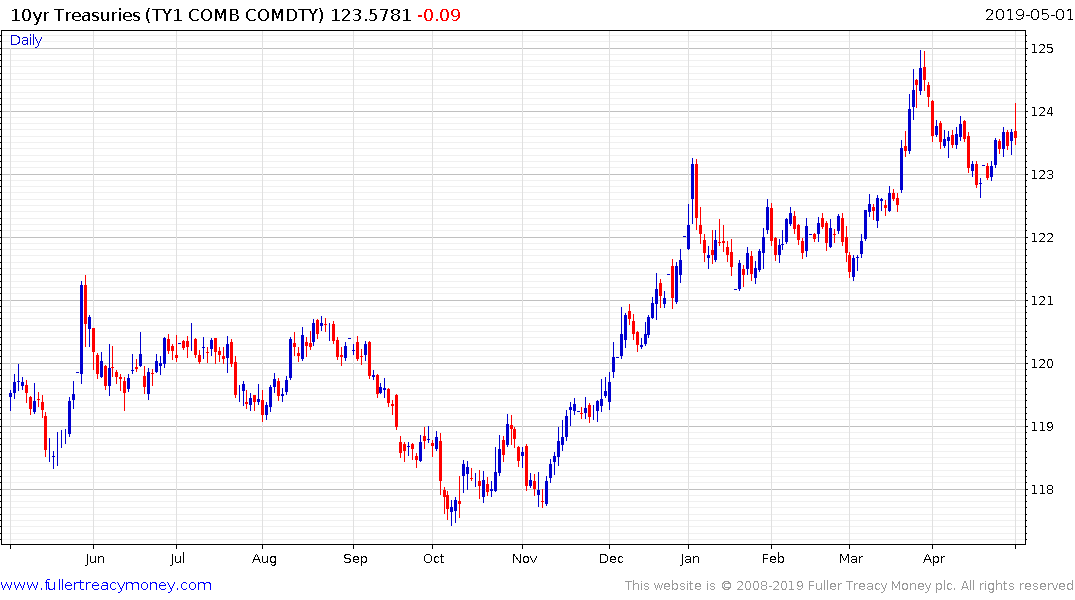 It’s also a headwind for bonds since it delay the time when the Fed will need to start increasing the size of the balance sheet again. 10-year Treasury futures failed to hold the intraday high today suggesting some additional consolidation.