Sterling weakened against the euro and 10-year government bond yields dropped to the lowest in seven weeks after the data fueled bets that the central bank will lower interest rates this year. Money markets are now fully pricing in a full 25-basis-point rate cut for May, compared to November a day ago, and see a 65% chance of a move this month.

Saunders’ view on the need for more accommodative policy comes just days after BOE Governor Mark Carney said Britain’s economic growth had slowed below potential and that the Monetary Policy Committee had discussed the merits of near-term stimulus.

“There is more room for easing expectations to rise should incoming data disappoint and that could keep short-term sterling downside risks intact,” said Manuel Oliveri, a currency strategist at Credit Agricole AG.

The UK is determined to avoid the deflationary environment that has seen negative rates prevail in the Eurozone. That entails a willingness to let inflation run hot. Cutting interest rates now can be justified based on Brexit uncertainty as the end of the transition agreement is clearly within sight on December 1st.

The bigger determinant of the Bank of England’s willingness to stimulate will be whether it kicks off another round of quantitative easing. They stopped reporting the size of the balance sheet to Bloomberg in 2015 but the Gilt Purchase Operation figures are still kept up to date and have remained at 435 million since early 2017.

Additionally, an interest cut would certainly help to iron the belly out of the yield curve and create a more benign environment for banks. 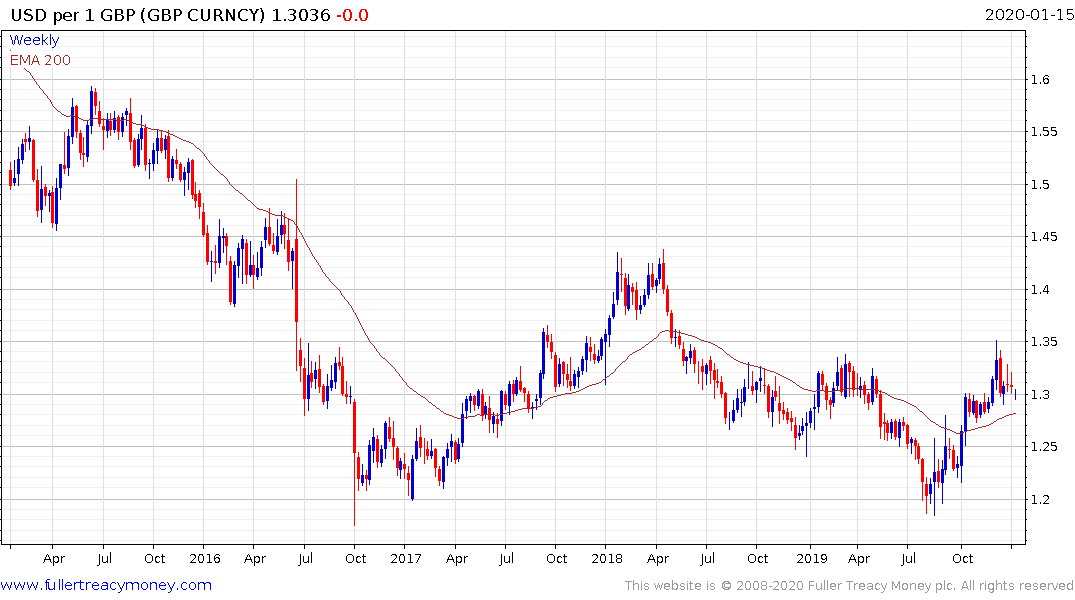 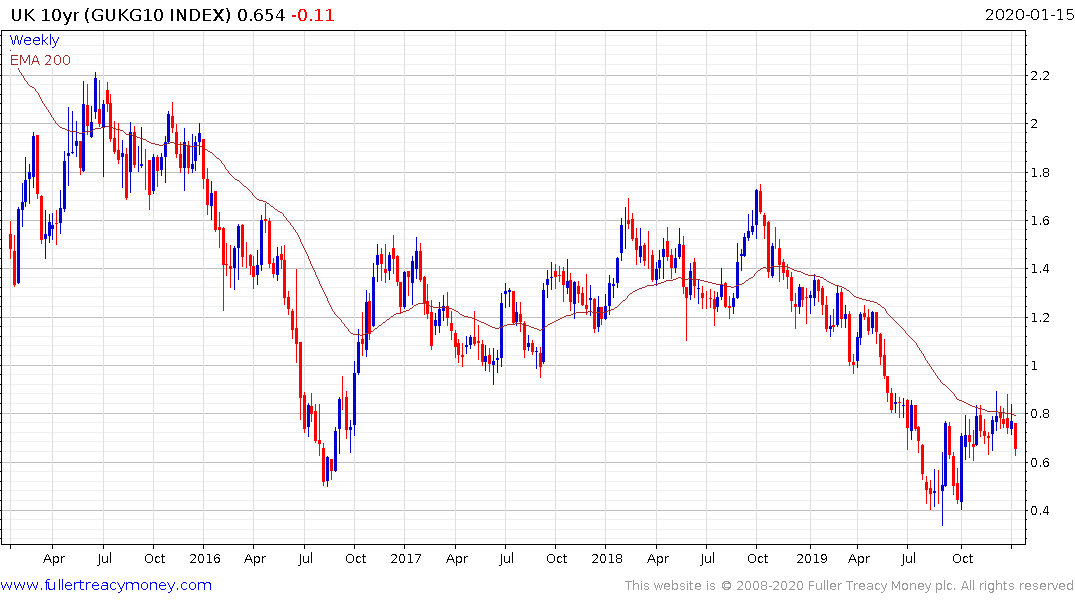 The Pound remains steady around $1.30 but the Gilt yields are compressing. That’s a sign the bond market is willing to accept slowing economic prospects. 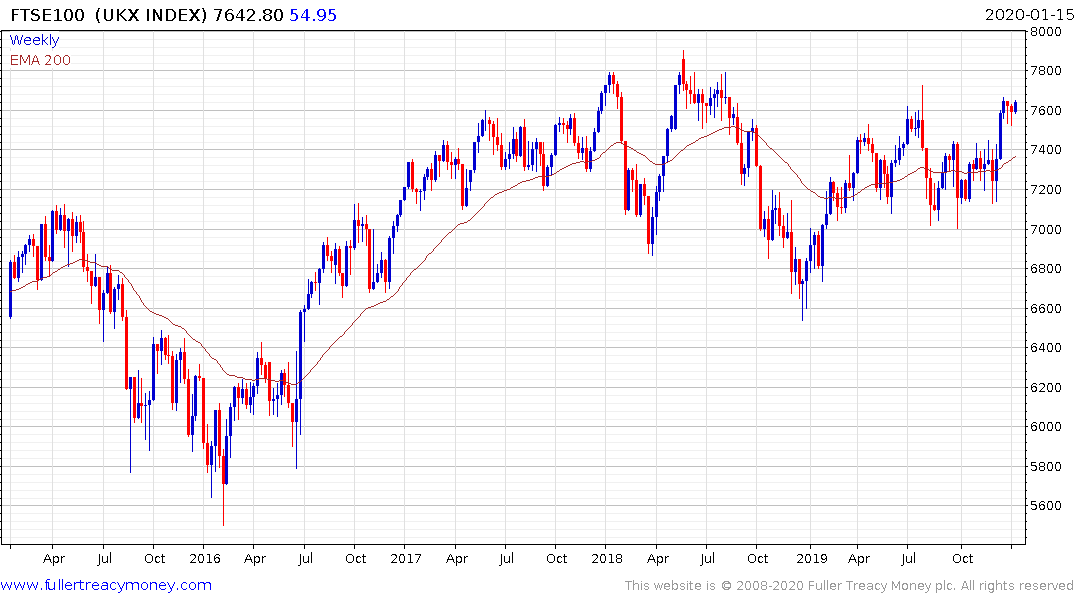 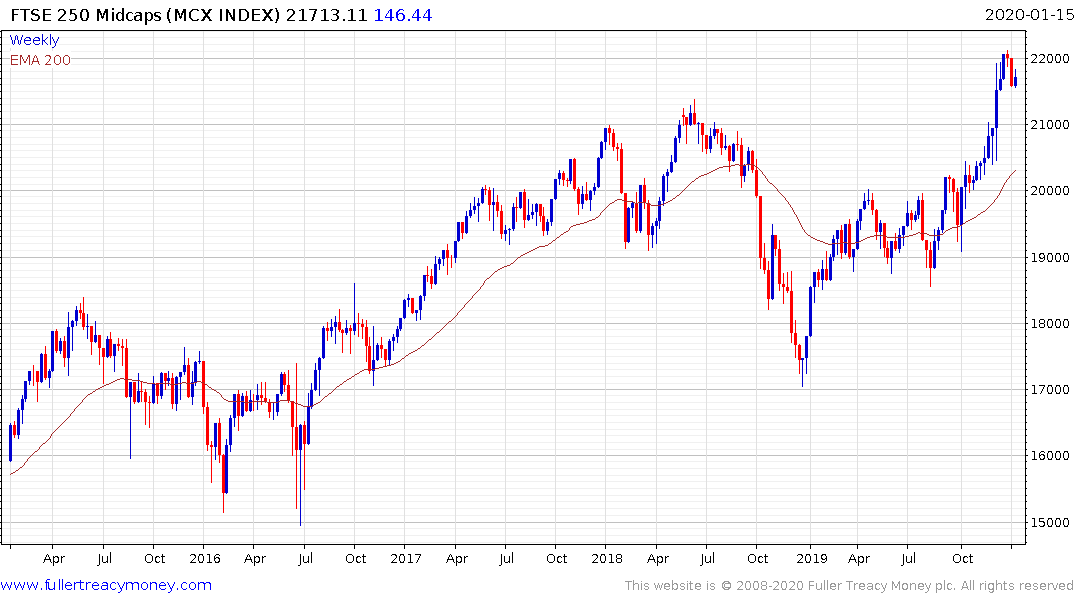 Meanwhile the stock market continues to firm in line with global markets and is additionally supported by the prospect of fiscal stimulus. The prospect of simultaneous fiscal and monetary stimulus is likely to be as bullish a factor for the UK as it has been for the USA.