Yiwu, a city in eastern China known for making products such as flags and badges, has not only switched off all its street lights during the evening but has forced factories to cut working hours by up to 80 per cent until the end of this year.

“We are not living a normal life when our factory can only work two days a week and the streets are dark at night,” said Mike Li, owner of a plastic flower factory in Yiwu.

Chinese authorities have blamed these problems on a combination of an unusually cold winter in parts of the country and high energy demand.

Power plants, however, said their operation had also suffered from the suspension of Australian coal imports.

Official data show Chinese plants obtained about 3 per cent of their thermal coal from Australia last year. The ratio, said an official at trade association the China Electricity Council, could exceed 10 per cent in more developed provinces that are drawn to the high quality of Australian coal.

Christmas is not a holiday in China but Chinese New Year is. Therefore, December is the time when orders are placed for delivery in January because nothing tends to get done over the two-week Spring Festival break. The slowdown in manufacturing capacity across many of China’s major industrial areas is likely to have a knock-on effect of delivery timelines towards the end of the quarter. That suggests inflationary pressures will mount as a result of this trend of putting politics ahead of the economy. 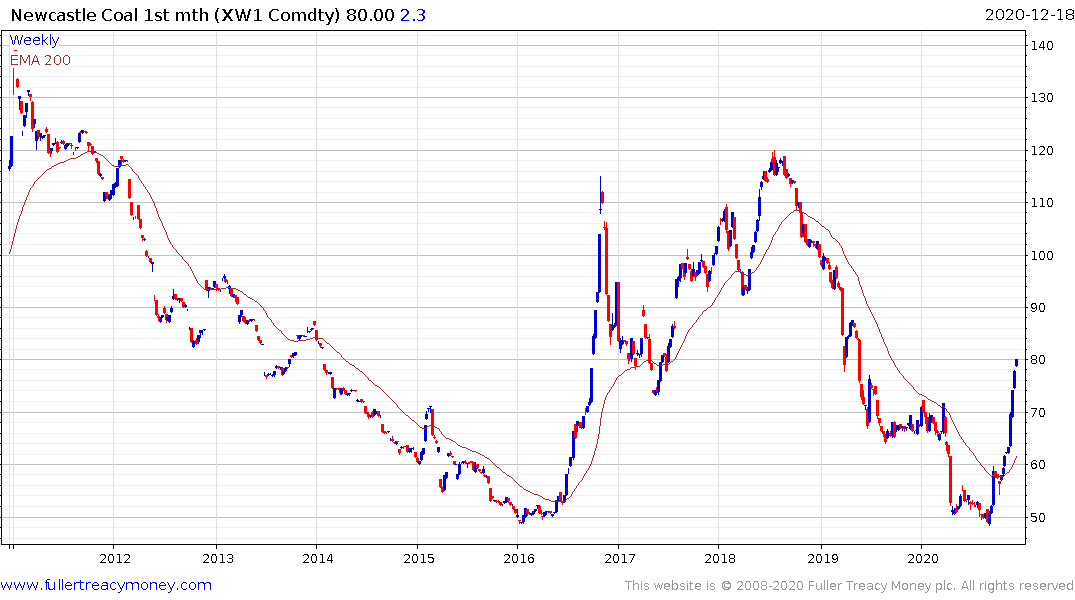 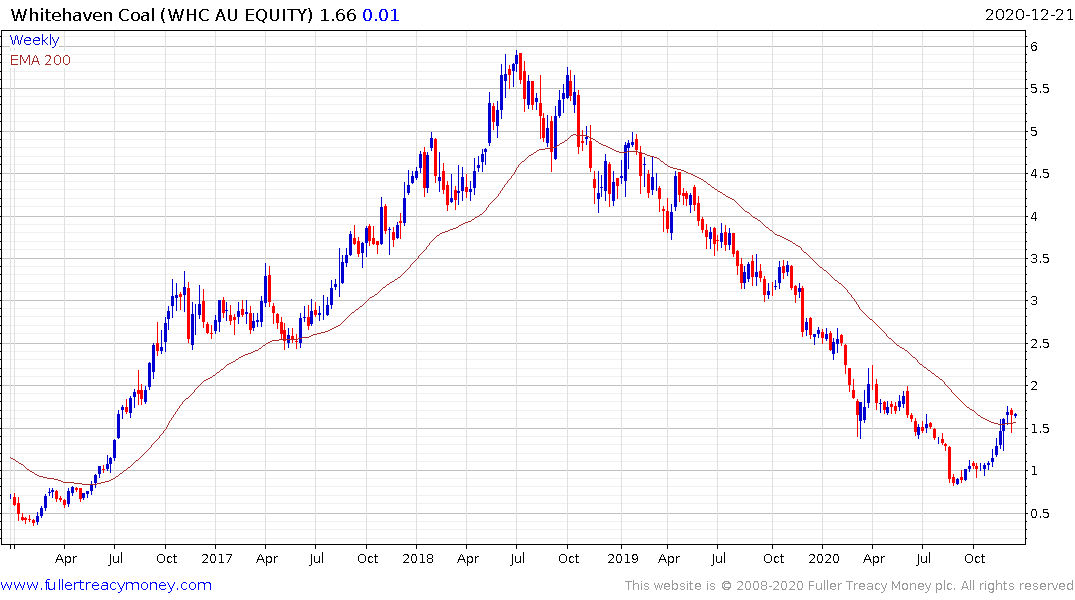 Newcastle Coal remains on a recovery trajectory despite China’s refusal to import. Whitehaven continues to firm from the region of the trend mean, having broken a two-year downtrend. 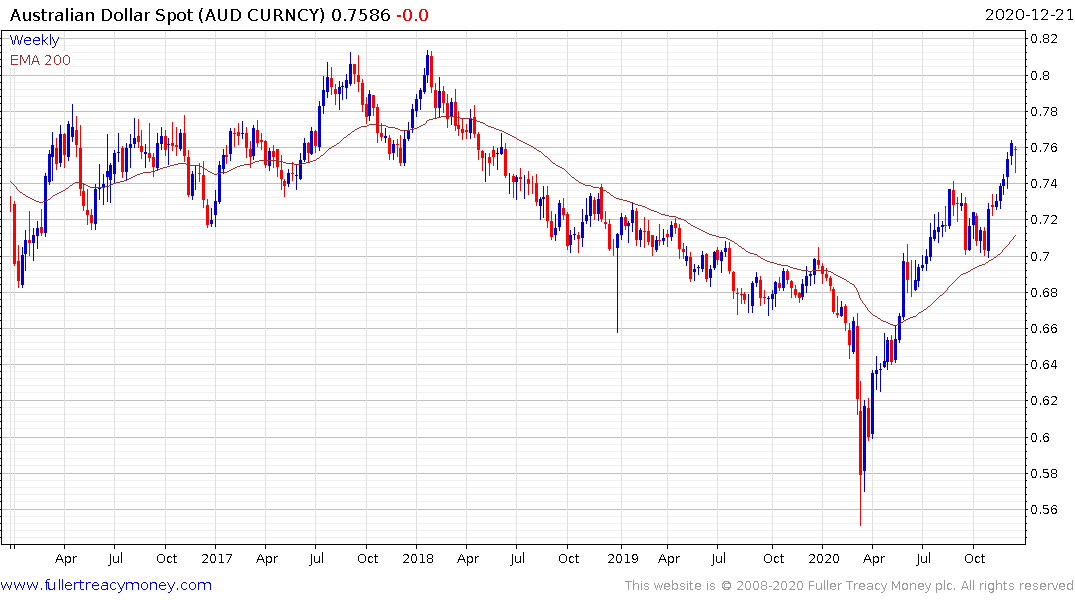 The Australian Dollar reversed an early decline to finish almost unchanged and remains of a recovery trajectory. 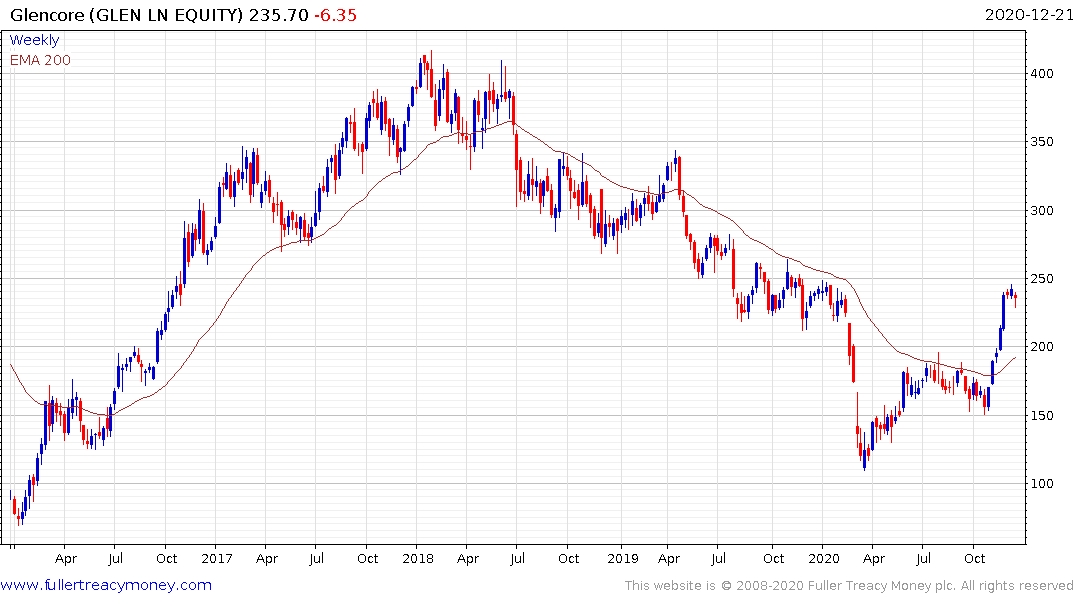 Glencore has also broken its downtrend as it firms from the region of the trend mean. 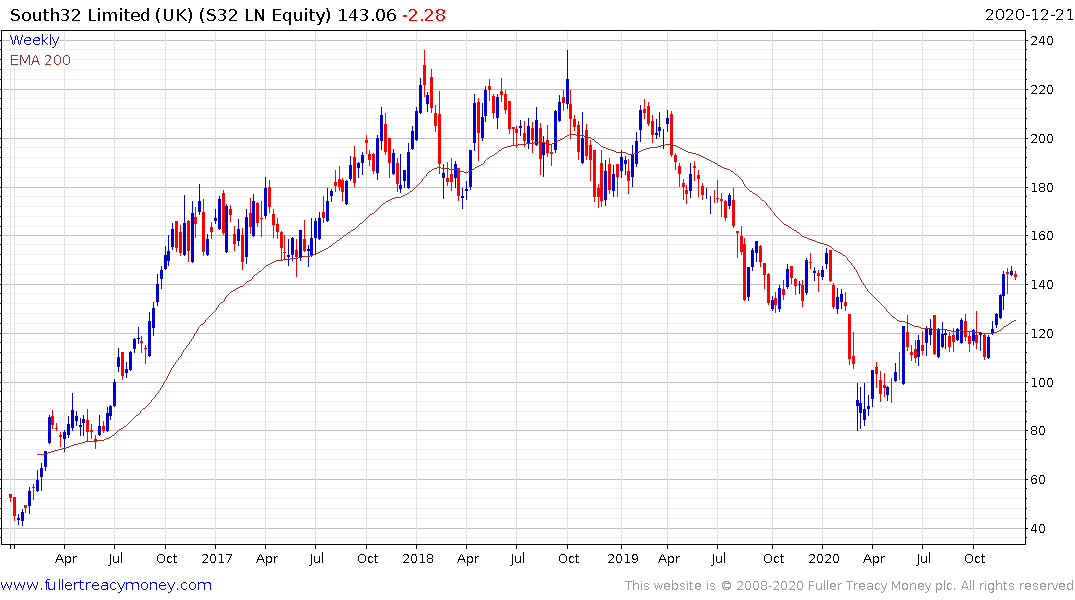 South32 has a similar pattern.