In June, Implats balked at investing about 12 billion rand ($680 million) on building a new mine at Waterberg on the northern limb of the platinum belt. The outlook doesn’t support such spending over the next decade, said spokesman Theron. Anglo American Platinum Ltd. has delayed a decision until the second half of next year on whether to spend as much as $1.5 billion on expanding output at its key Mogalakwena mine.

Vancouver-based Ivanhoe Mines Ltd. said it’s still evaluating finance for its new Platreef project, which could require about $1.5 billion of investment. Still, notwithstanding the investment hiatus, the platinum sector remains in better shape than South Africa’s gold industry. Even without further spending, some deep-level mines have a 30-year lifespan, according to James Wellsted, a
spokesman for Sibanye Stillwater Ltd., the world’s No. 1 platinum miner.

Still, investment decisions are complicated because of an uncertain regulatory and policy environment, among other challenges, Wellsted said.

The price of any commodity is dictated by the actions of buyers at the margin. The biggest event to hit the sector in the last decade was the demise of the “clean” diesel market. That removed a major source of demand and the price collapsed to unimaginably low levels relative to the other precious metals. A number of platinum miners went bust because they were in no way prepared for the collapse in prices. 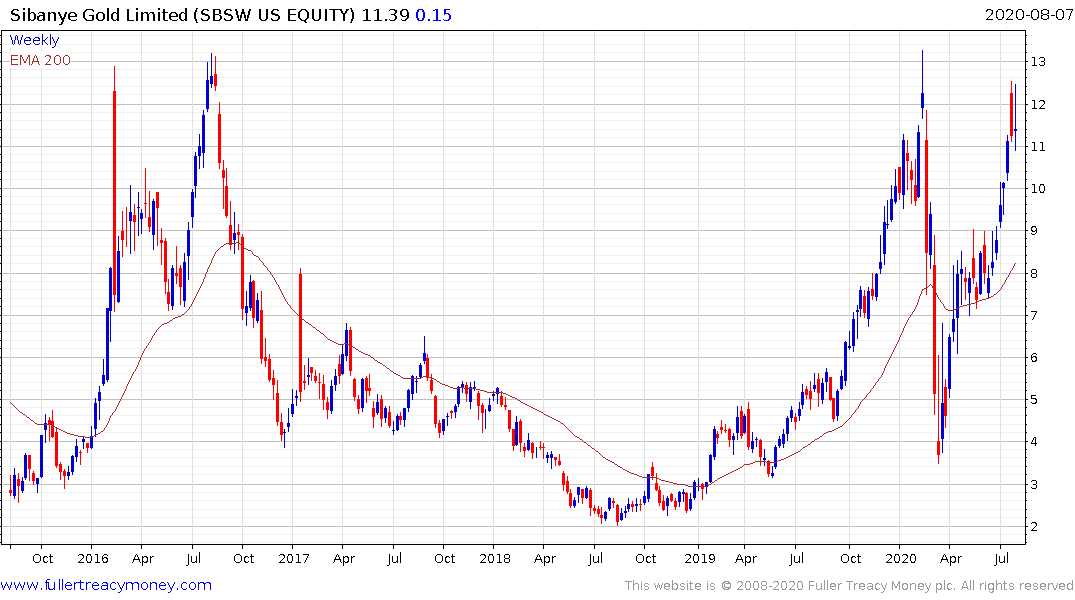 Sibanye’s board used the bear market as an opportunity to pivot from gold into platinum. They picked up a large number of assets in both South Africa and North America at bargain prices. The share has returned to test the all-time peaks near $12 amid a short-term overbought condition. Some consolidation is possible in this area but a sustained move below the trend mean would be required to question medium-term scope for continued upside side. 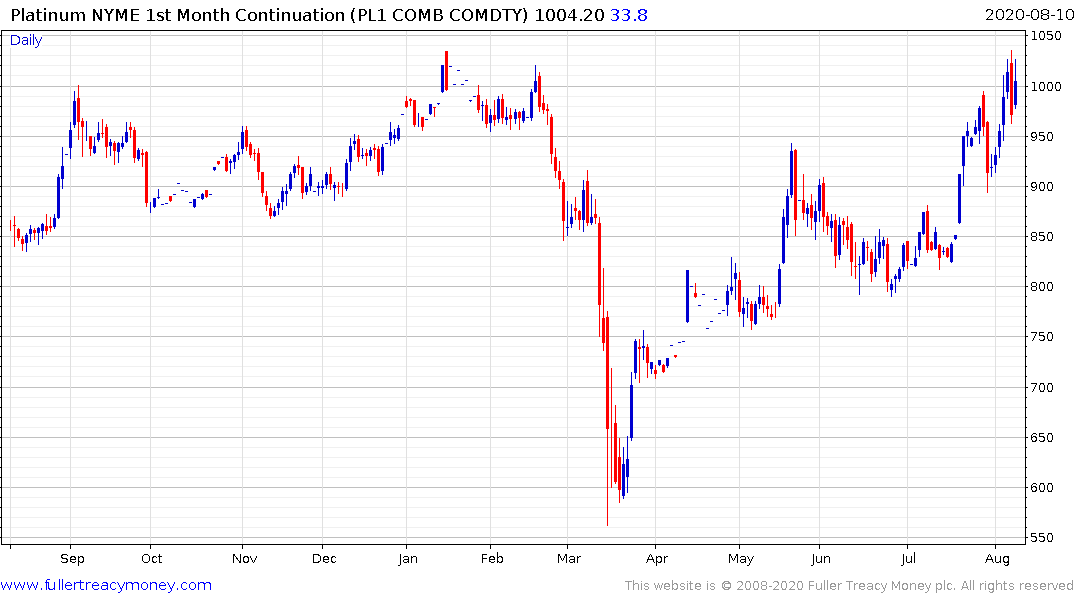 Platinum supply is unlikely to increase without a substantial increase in price. Miners have no incentive to commit the capital necessary to build new infrastructure without the security of a substantial price buffer. That is particularly true with the memory of collapse still fresh in the minds of management teams.

Platinum popped back above the psychological $1000 level today and will need to sustain the move to confirm a return to medium-term demand dominance. 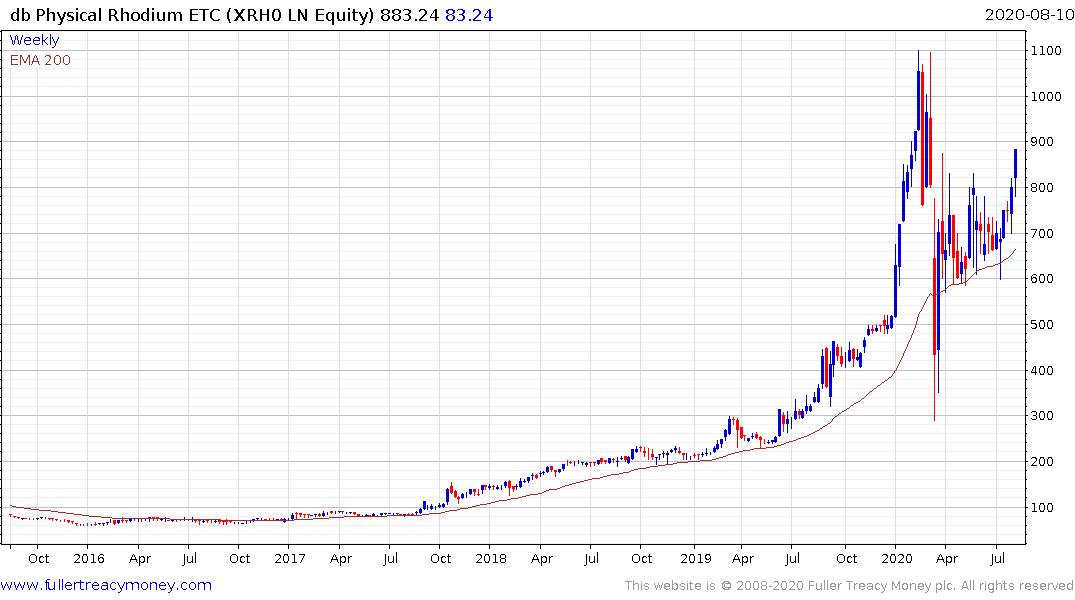 While global platinum supply is heavily dependent on South Africa, the global rhodium market is almost completely dependent on platinum mining. The Xtrackers Physical Rhodium ETN collapsed in March but quickly rebounded back above the trend mean and is now firming from it.