The groups, which include the U.S. Chamber of Commerce, called for “urgent discussion and dialogue” about what they said was a “growing trend” toward policies that cite cybersecurity in requiring companies to use only technology products and services that are developed and controlled by Chinese companies.

The letter is the latest salvo in an intensifying tit-for-tat between China and the United States over online security and technology policy. While the United States has accused Chinese military personnel of hacking and stealing from American companies, China has pointed to recent disclosures of United States snooping in foreign countries as a reason to get rid of American technology as quickly as possible.

Although it is unclear to what extent the new rules result from security concerns, and to what extent they are cover for building up the Chinese tech industry, the Chinese regulations go far beyond measures taken by most other countries, lending some credibility to industry claims that they are protectionist. Beijing also has long used the Internet to keep tabs on its citizens and ensure the Communist Party’s hold on power.

Chinese companies must also follow the new regulations, though they will find it easier since for most, their core customers are in China.

China has unabashed ambitions of becoming a global economic and military superpower large enough to rival the USA. However if it is to close the technological gap with the USA it will have to invest a great deal of money, time and effort into technological development. Investment in science is already impressive but the commercialisation of ideas takes time.

Like other emerging countries that have come before it, China has copied what it could not develop itself. Insisting companies that wish to do business in China to sign technology sharing agreements and engaging in corporate espionage are both aimed at achieving the goal of rapidly narrowing technological gaps.

Forcing government agencies and state owned companies to buy from Chinese vendors almost certainly sets the country on course for discourse with the WTO. However by the time a judgement is reached much of the transition will probably have been completed.  The majority of China’s leading technology companies have sought listings in either Hong Kong or the USA which creates a challenge when judging the performance of the sector. 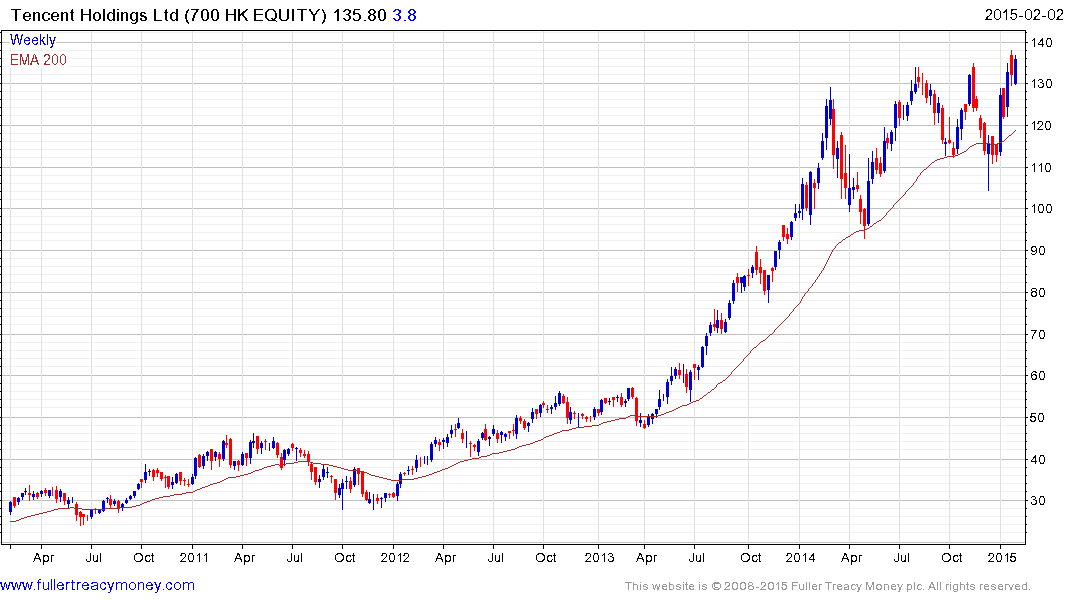 Of the larger companies Hong Kong listed Tencent Holdings broke out to new highs today, completing a yearlong range in the process. 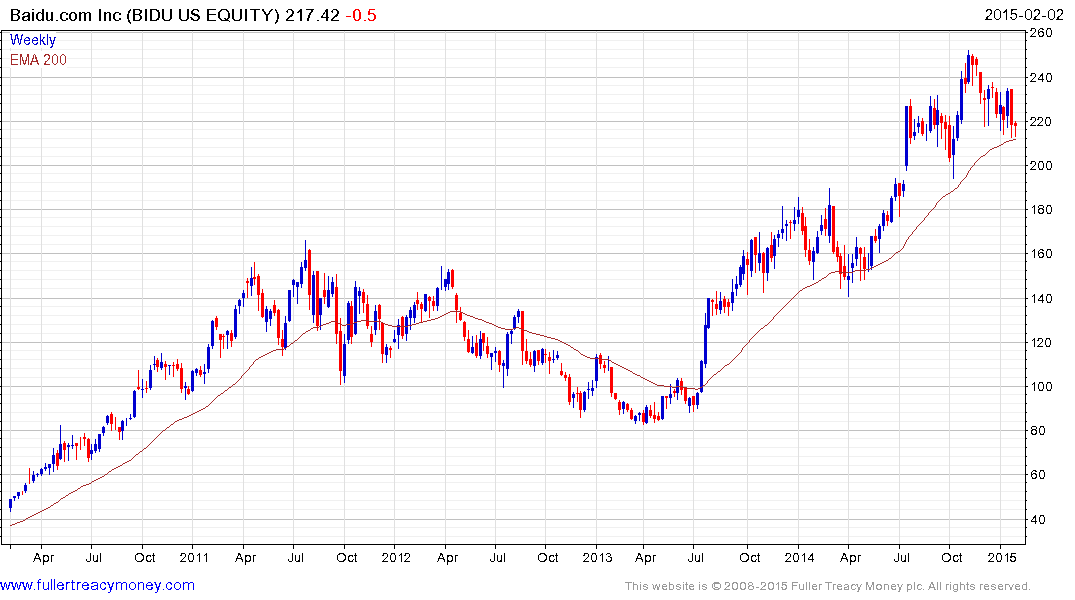 US listed Baidu will need to find support in the region of the 200-day MA if the medium-term uptrend is to continue to be given the benefit of the doubt. 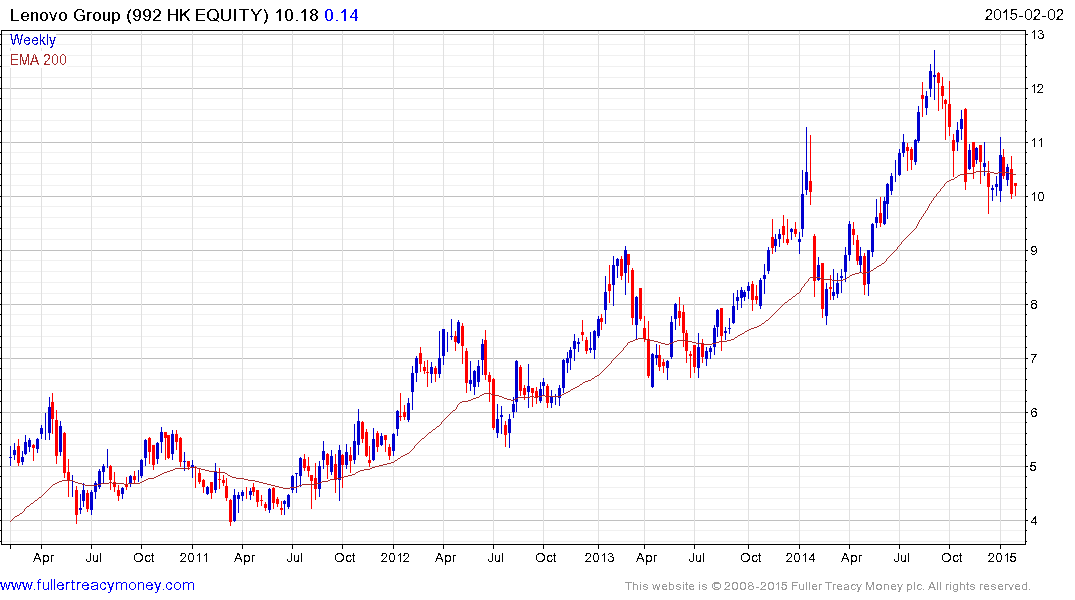 Lenovo has a similar pattern. 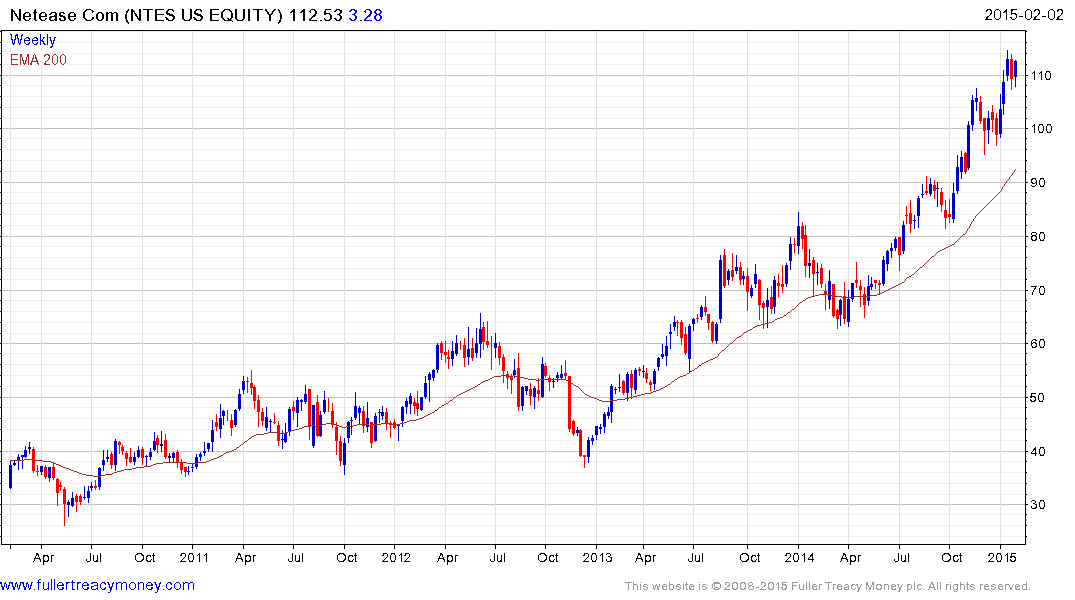 US listed Netease remains in a steep but generally consistent medium-term uptrend. 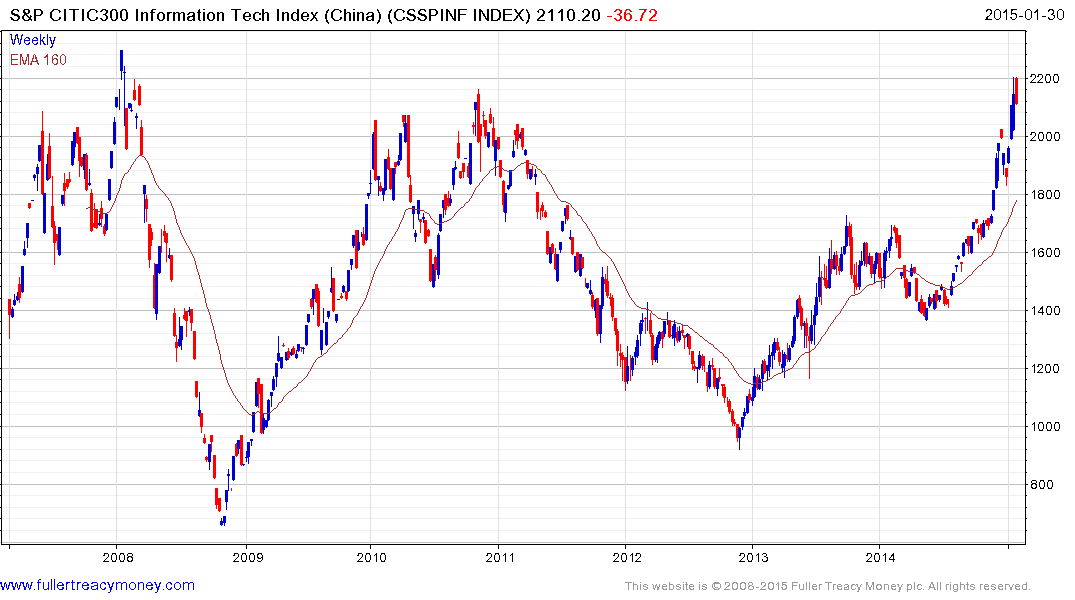 On the mainland, the S&P/CSI 300 Information Technology Index has returned to test the area of the 2010 and 2008 highs. Some consolidation in this area is looking likely but a sustained move below the 200-day MA would be required to question medium-term scope for additional upside. 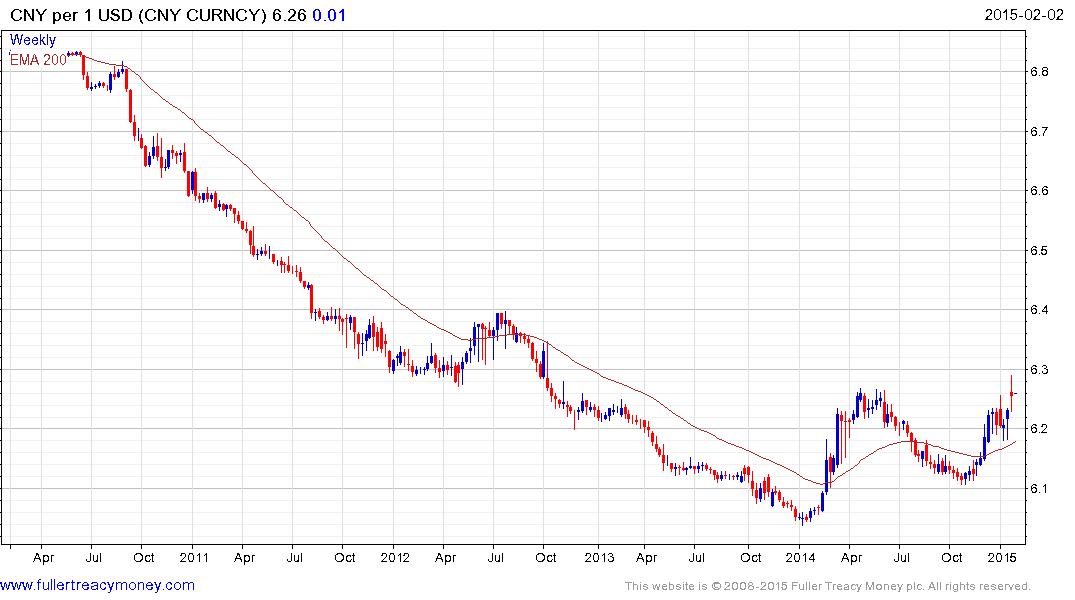 An additional concern is that if China is becoming more assertive on the global stage it will be less willing to toe the line in the currency markets. If almost every one of its neighbours and trading partners are devaluing their currencies China has no incentive to maintain a strong Yuan. The Dollar found support above the January low in October and rallied from the region of the 200-day MA from mid-January. A sustained move below CNY6.17 would be required to question medium-term scope for additional upside.