“Just increasing the size of balance sheets and combining operations of banks will only reduce the number of state-owned lenders but asset quality stress is unlikely to be taken care of,” said Avinash Gorakshakar, head of research at Joindre Capital Services Ltd. in Mumbai. “The bigger issue still remains as how risk profiling would improve banks’ bad-loan ratio ahead.”

After returning to power with a stronger mandate, Modi has been grappling with an economy still hurting from the fallout of his cash ban in 2016 and the botched rollout of a nationwide sales tax. A bad-loan clean up in the banking sector has contained credit to companies and a crisis among shadow lenders is denying consumers loans to buy goods like cars and refrigerators. Meanwhile unemployment is at a 45-year high as companies refrain from new investments.

Data on Friday showed gross domestic product growth slowed for a fifth straight quarter to 5% in the three months ended June. That’s slower than the 5.7% expansion predicted in a Bloomberg survey. The rupee pared gains in the offshore market.

Crude oil’s weakness and the compression of India’s sovereign bond yields represent important tailwinds for the Indian economy which should help to stabilise growth not least because they should offer the RBI space to cut rates even further. 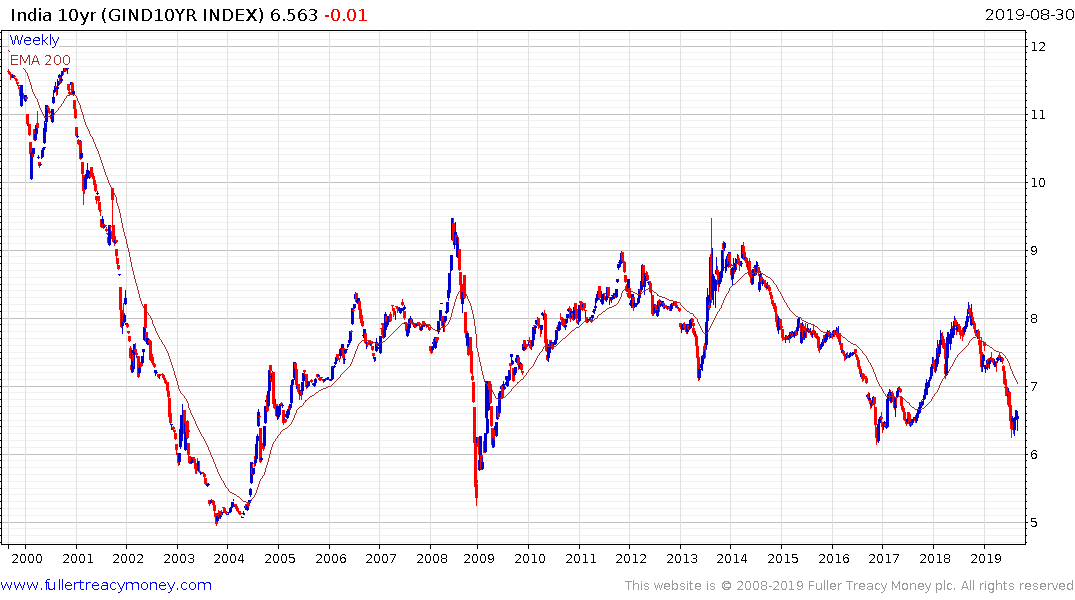 The efforts underway to streamline the state-owned banking sector are to be welcomed but hopefully are preamble to a more concerted effort to address liquidity issues in the housing finance sector and associated banks. 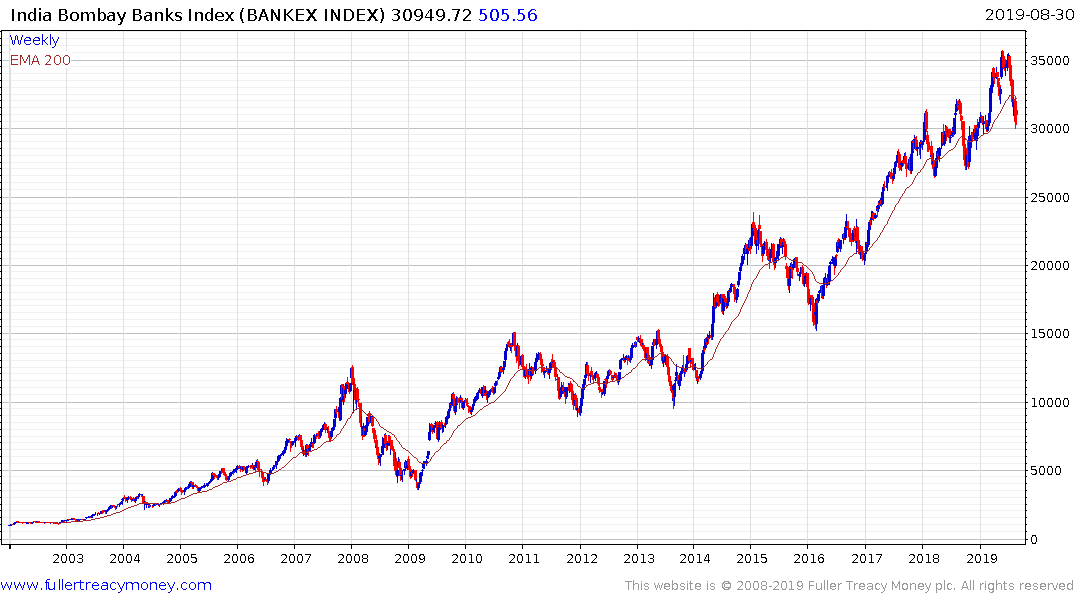 The Bombay Banks Index has steadied in the region of the psychological 30000 level but will need to sustain a move back above the trend mean to confirm a return to demand dominance. 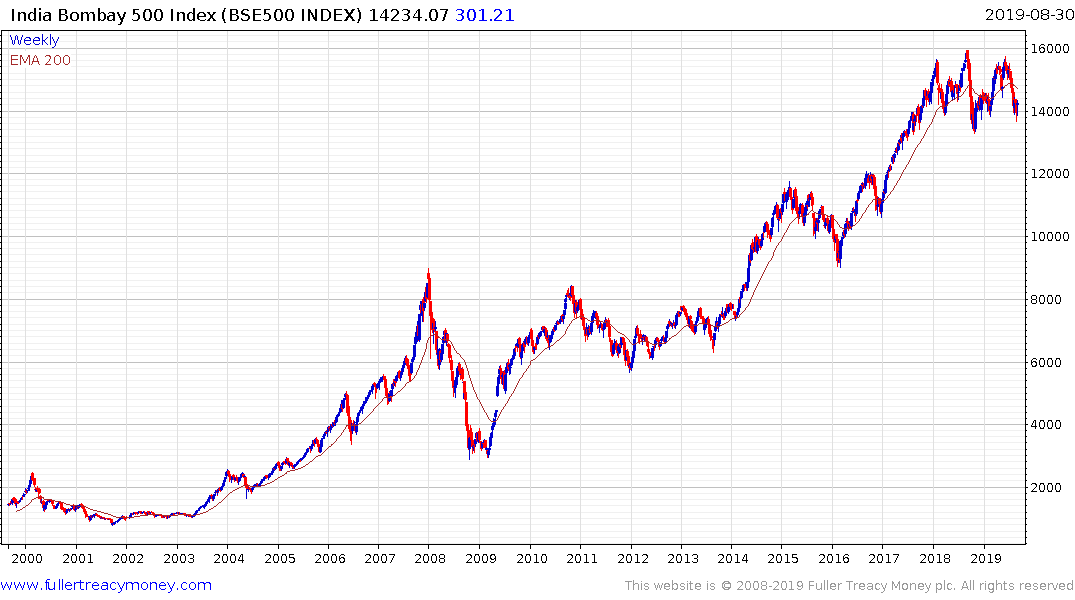 The broad BSE500 Index has been ranging since early 2018 and bounded this week from the lower boundary near 14000. Provided the Index can continue to hold this range, we can conclude the medium-term bull market is still in evidence.