British Columbia on Monday extended a state of emergency and fuel rationing until mid-December as it braces for more heavy rain. Parts of the province are still struggling with damage from floods and landslides that closed highways and railways two weeks ago, sharply reducing the flow of goods like grain and lumber to Canada’s biggest port in Vancouver.

Rainfall warnings are in effect for Vancouver, with Environment Canada forecasting a prolonged period of heavy rain through Wednesday. Total rainfall of 60 millimeters (2.4 inches) is expected over the region, and rising freezing levels and snow melt may contribute to increased runoff.

Lumber supply was a major issue in the early part of the year and prices spiked to previously unimaginable levels. That cut into demand with many projects delayed while simultaneously encouraging additional supply into the market. It was a perfect example of the commodity market adage “the cure for high prices is high prices”.

The rainy season in British Columbia could last for months and could impact recovery operations from recent flooding. That’s helping to support lumber prices which broke back above the trend mean last week and improved on that condition today to close limit up. 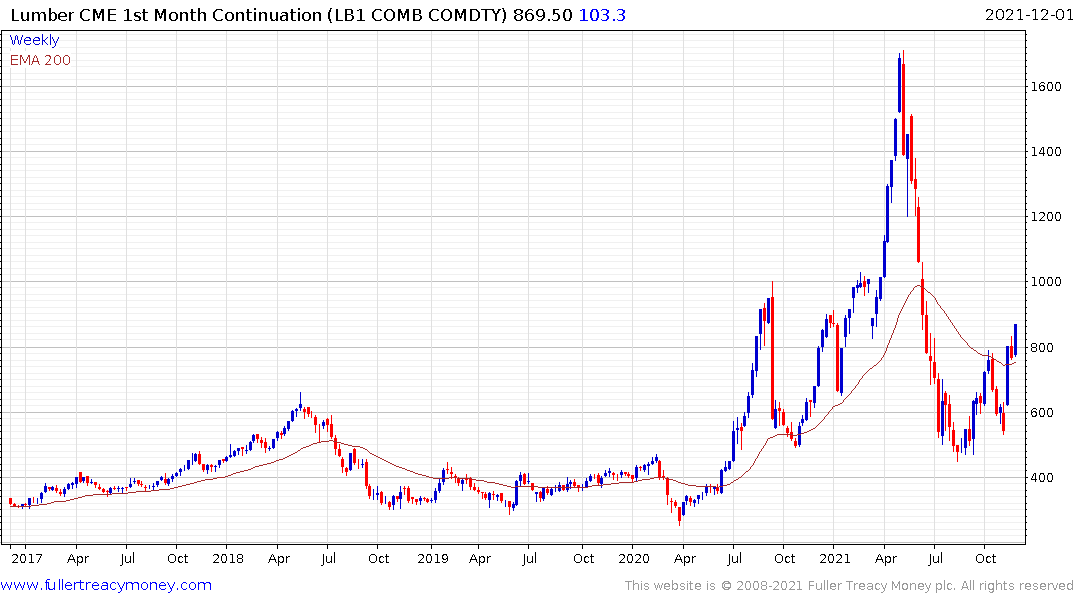 This price action also helps to highlight the fact that these massive price surges generally result in new floor levels being set that are substantially above the previous peaks. That’s particularly relevant for European gas prices now. It appears unlikely the price will ever return to the pre-pandemic norm. 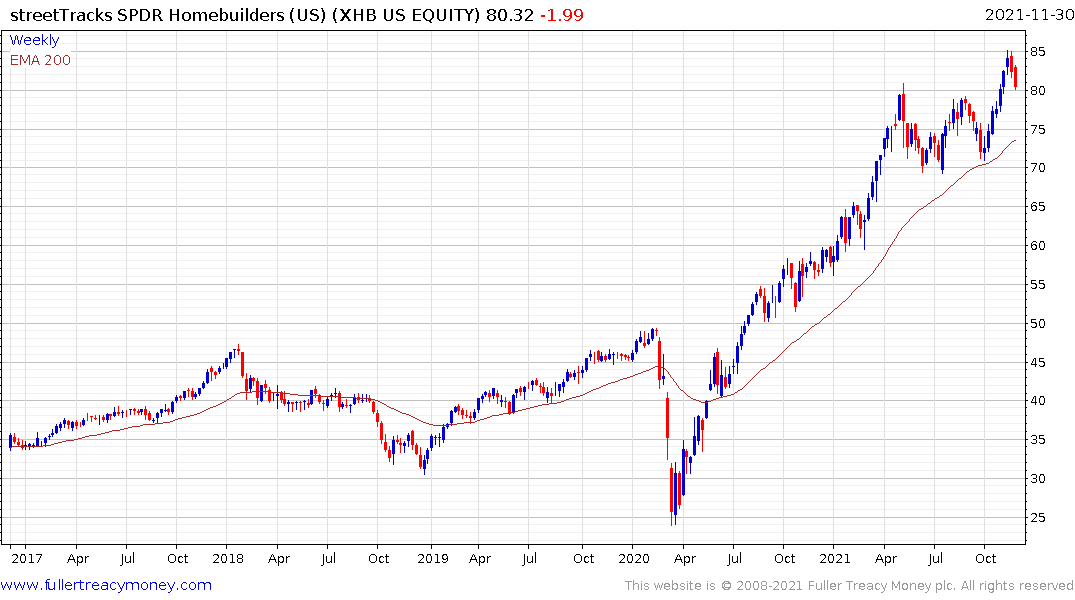 Home building shares are breaking higher, with the SPDR S&P500 Homebuilders ETF bounding from the upper side of its underlying range today.