Both the Justice Department and a group of state attorneys general are likely to file antitrust lawsuits against Alphabet Inc.’s Google—and are well into planning for litigation, according to people familiar with the matter.

The Justice Department is moving toward bringing a case as soon as this summer, some of the people said. At least some state attorneys general—led by Texas Attorney General Ken Paxton, a Republican—are likely to file a case, probably in the fall, people familiar with the matter said.

Much of the states’ investigation has focused on Google’s online advertising business. The company owns the dominant tool at every link in the complex chain between online publishers and advertisers. The Justice Department likewise is making Google’s ad technology one of its points of emphasis. But it is also focusing more broadly on concerns that Google uses its dominant search business to stifle competition, people familiar with the matter said.

The issue of Google abusing its power to give preferential treatment to some advertisers over others has been brewing for some time. The additional charge that the company actively censures free speech and anyone who does not agree with their view of the world is an additional challenge which will be tackled eventually. 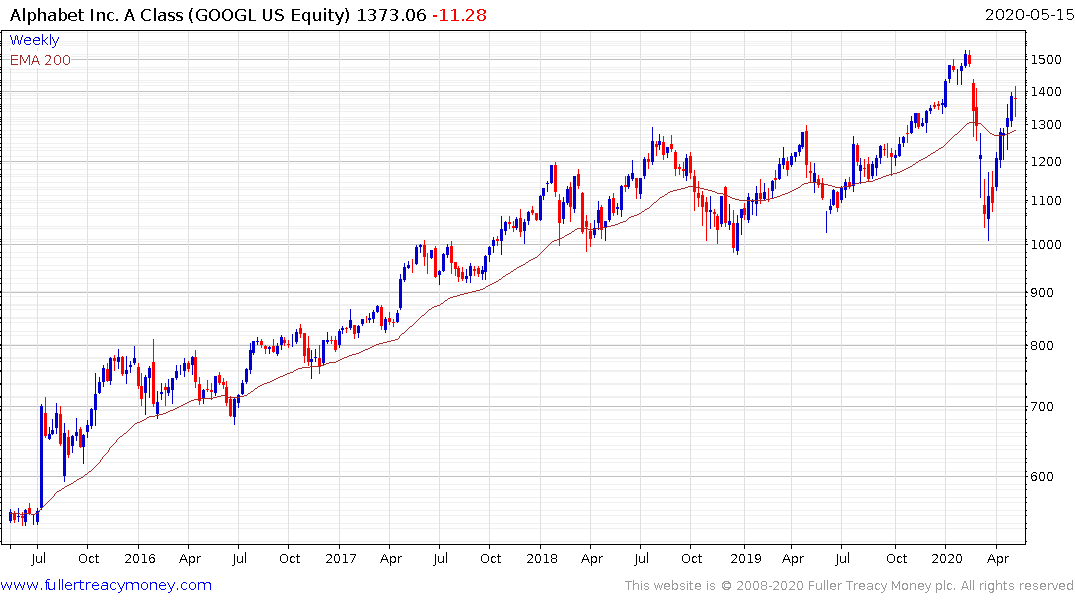 The share, however, continues to rebound from the retest of the lower side of its range.