As for exchange rates, which are important for Japanese stocks, US long-term interest rates warrant attention. If the 10-year Treasury yield rises to 3%, we think the yen will depreciate to Y120-125/$. In this case, expectations for the Bank of Japan (BOJ) to change its monetary policy framework would probably emerge. We forecast Japanese corporate earnings will recover sharply from 2H FY16 and significant upgrades to consensus earnings estimates are likely, due in part to yen depreciation. With free cash flow to equity expanding rapidly, shareholder payout capacity should increase.

Outlook for Japanese stocks: Against the backdrop of interest rates starting to increase worldwide in July 2016 and US long-term interest rates and the dollar rising since Mr. Trump’s victory in the presidential election, global investors have been shifting funds from bonds to equities and taking a more positive stance toward Japanese stocks. We think funds will flow into the Japanese stock market. Assuming Y115/$, we forecast TOPIX EPS of 94 for FY16, 108 for FY17, and 120 for FY18. Based on this, we expect the Nikkei Stock Average to reach 21,000-21,500 by end-2017. If the yen weakens to Y120/$, we forecast the index to be around 22,500.

The Yen is a powerful arbiter of investor interest in Japanese stocks. Despite the fact that many of the country’s largest exporters have relocated to cheaper locales there are still a lot domestic businesses that benefit from the competitive advantage of a weaker currency.

Additionally the low interest rate environment and abundant liquidity that accompanies quantitative easing in a considerable number of jurisdictions means hedged access to nominal price movements have never been cheaper. 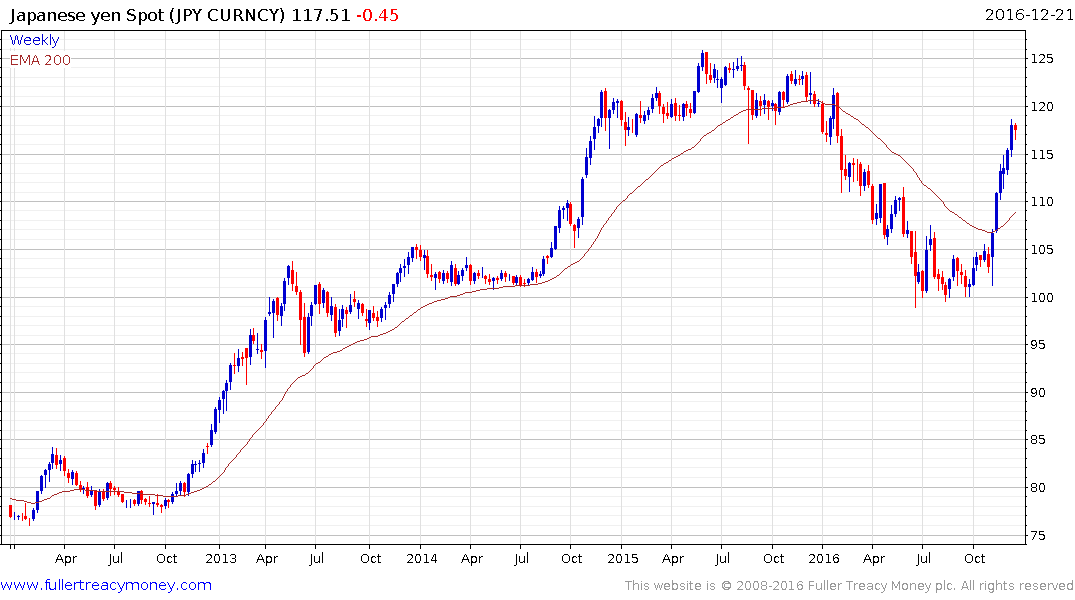 The Dollar has surged higher against the Yen following the Presidential election. It strikes me that ¥120 is not a particularly ambitious target when the rate has already jumped from ¥100 to ¥118 in the last seven weeks. Some consolidation is increasingly likely following such an abrupt move, but a sustained move below ¥110 would be required to question potential for additional upside. 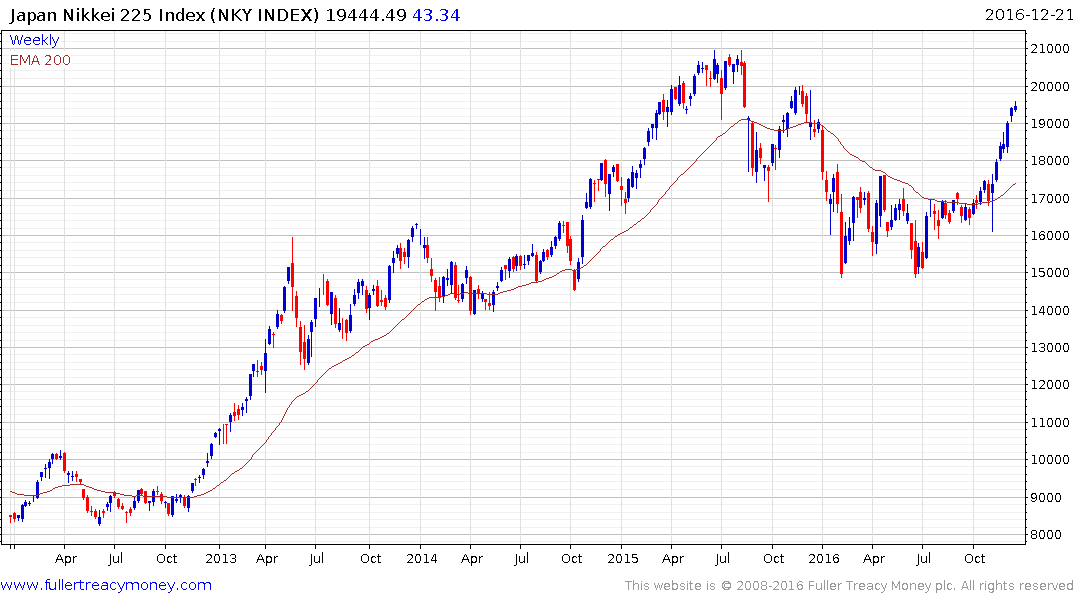 It’s a striking coincidence that the Nikkei-225 and Dow Jones Industrials Average are both testing the psychological 20,000 area. With short-term overbought conditions evident and US tax considerations dominating decision making in the last 10 days of the year some additional consolidation cannot be ruled out. 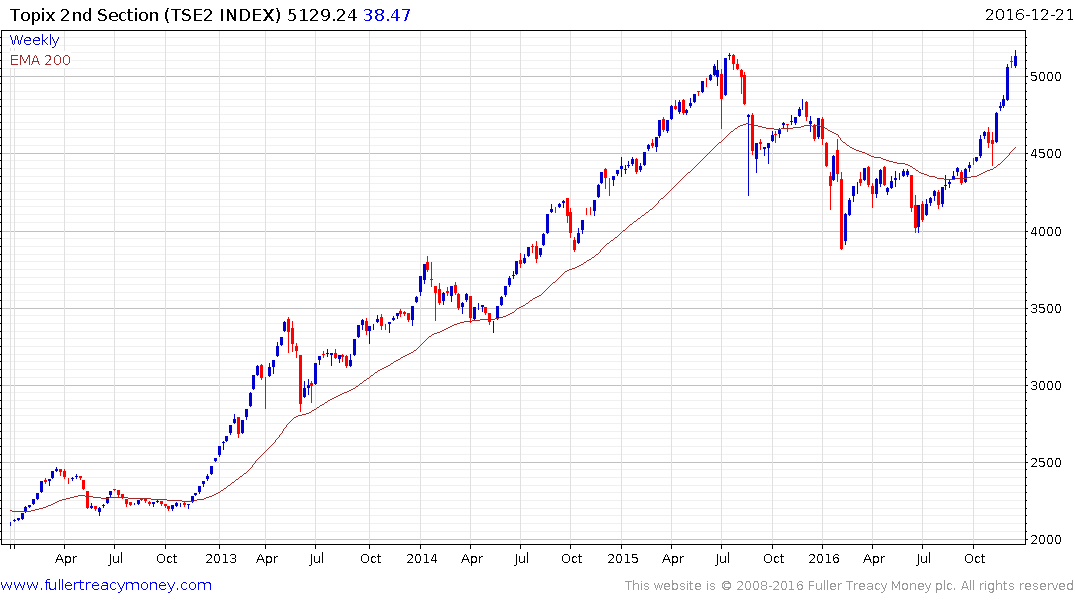