Despite the American election turmoil, both of Japan’s major stock gauges posted their best weekly gains since May. “Since 1980s, if you look at U.S. Presidential election and stocks, you see that stocks will price in any risks before the election, like we saw in September and October when technology stocks corrected,” said Norihiro Fujito, chief investment strategist at Mitsubishi UFJ Morgan Stanley Securities Co. “Once the election is over, there’s a trend for equities to rise with expectations for the next administration.”

Fujito sees a chance for the Nikkei 225 to reach 25,000, as central banks globally eye additional easing measures to stimulate economies. The Federal Reserve left its rates in hold Thursday but opened the door to a possible shift in its bond purchases in coming months, saying that more fiscal and monetary support are needed amid rising Covid-19 infections.

The Nikkei-225 hit a new closing high today and was up in a dynamic manner over the balance of the week. It may be in the process of completing an almost three-year range. The move was led by the market’s big industrials like Nippon Steel and Kobe Steel. The market is betting on infrastructure-led global reflation. 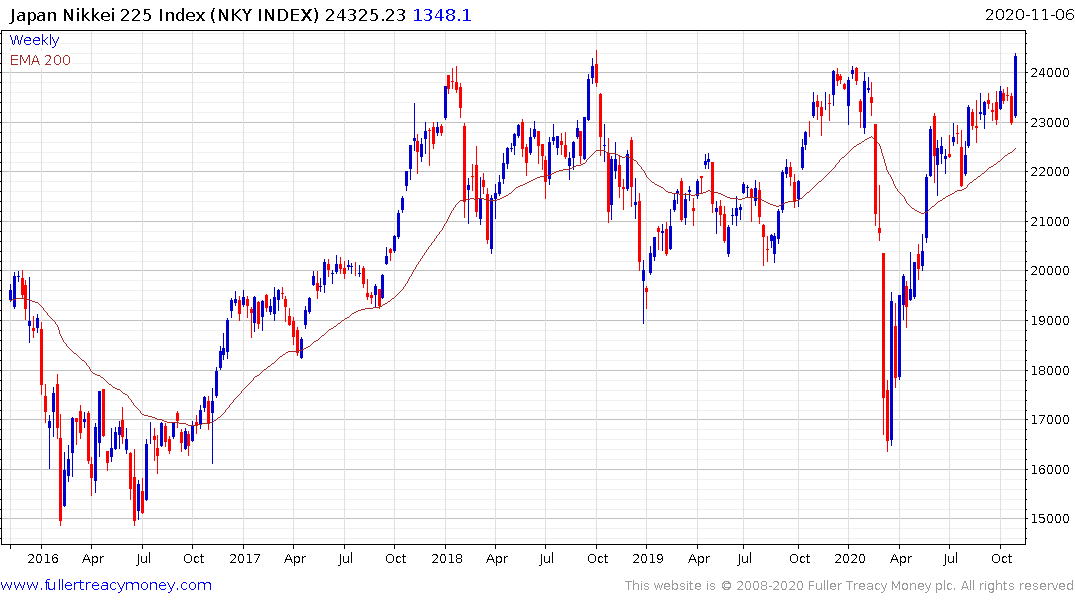 The big question for the Bank of Japan is exactly the same as that posed to the Federal Reverse. The Yen has rallied sharply and is at the point where the BoJ has intervened in the past to weaken it. If Japan is suddenly willing to allow the Yen to advance that represents a major change of policy but it is by no means clear that is in fact what is going to happen. Japan’s route to recovery runs through its export model and a rising currency is not a part of that plan. The Nikkei-225 will need to hold its breakout to confirm a return to demand dominance. 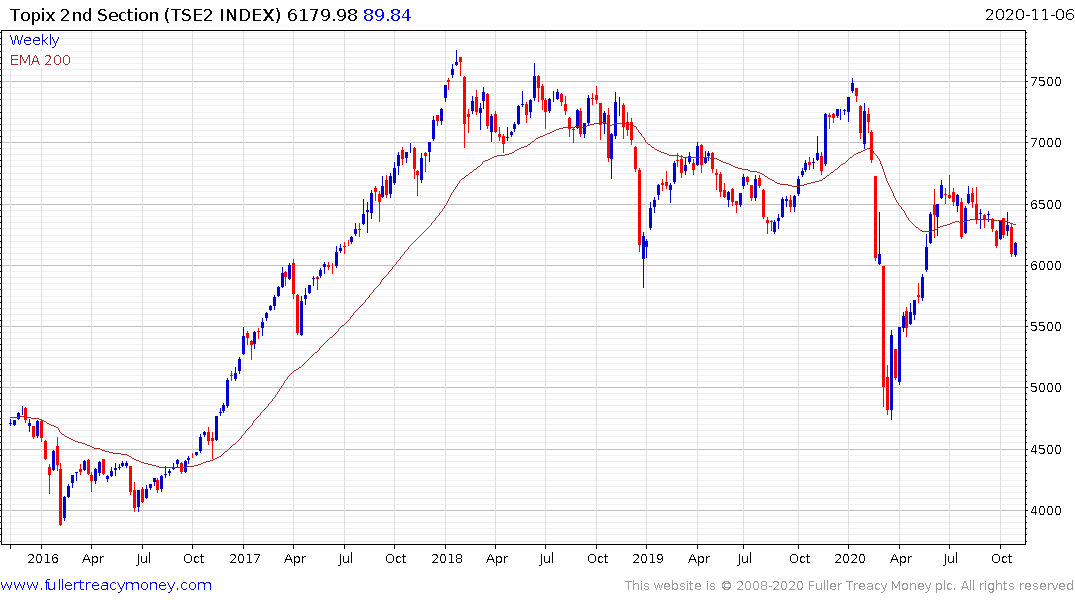 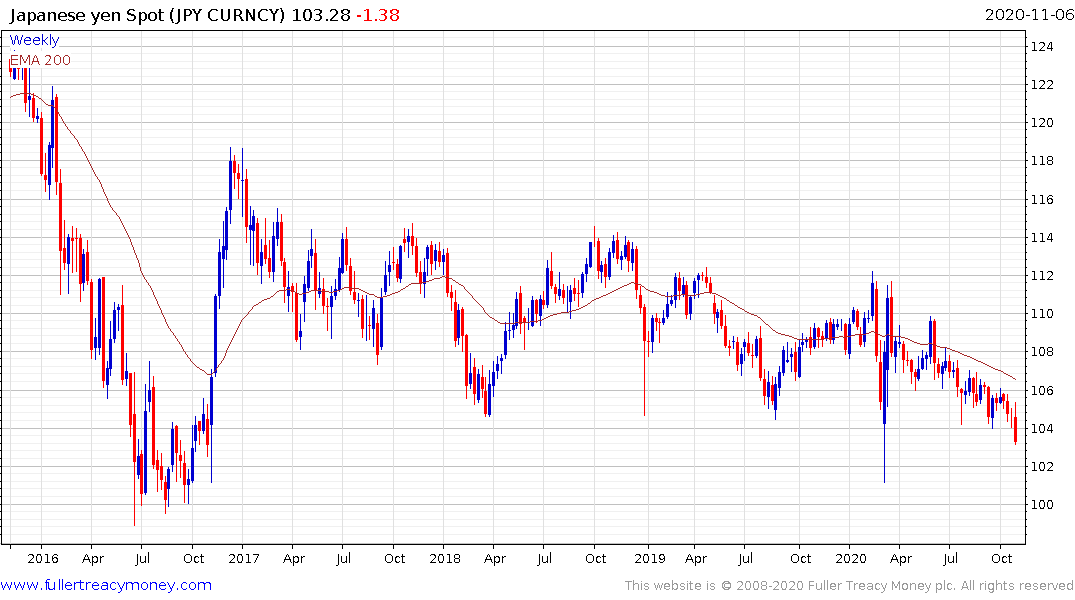 The Topix 2nd Section Index retains its downward bias and will need to sustain a move above the trend mean to confirm a return to demand dominance.