Bitcoin is on pace for its worst monthly performance since May, but exchange-traded fund investors are still plowing money toward products that track the cryptocurrency’s futures.

The ProShares Bitcoin Strategy ETF (ticker BITO) has taken in more than $40 million so far in December, its third straight monthly infusion, according to data compiled by Bloomberg. Similarly, investors have added $6.5 million to the Valkyrie Bitcoin Strategy ETF (BTF) since the end of November, also its third consecutive month of inflows.

That comes amid a crypto downturn that’s seen Bitcoin lose 17% during the last month of the year, putting it on pace for its worst performance since May when it shed 35%. Other cryptocurrencies have lost ground too as investors pull away from some of the riskiest corners of the market.

Both BITO and BTF launched in October, the first two Bitcoin-futures funds to trade in the U.S. Both had banner starts, with ProShares’s product in particular seeing massive amounts of investor interest. Still, the recent inflows for both funds pale in comparison to what each saw upon their debuts.

As I mentioned in the Subscriber’s video before Christmas, it was quite likely bitcoin would experience volatility during the interlude between Christmas and New Year. Traders have historically used periods of low liquidity to try and pressure shorts. Yesterday’s downward dynamic was a good example of that.

If that theory holds true, the declines will be temporary. Traders who shorted to pressure stops will be closing those positions and possibly going long. Continued strong demand for ETF positions supports that view. 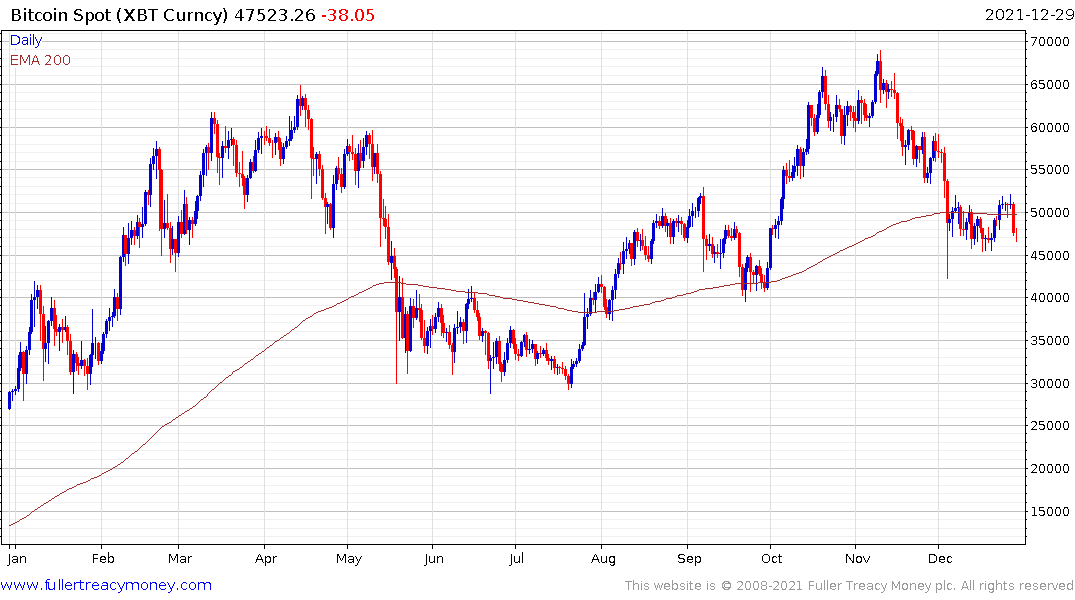 Bitcoin has sustained some significant deterioration in the consistency of its trend. It failed to sustain the break above $65,000, experienced a deeper pullback and dipped back into the underlying range. The sequence of higher major reaction lows remains intact but that means the $40,000 level needs to hold if the benefit of the doubt is to be given to the upside. 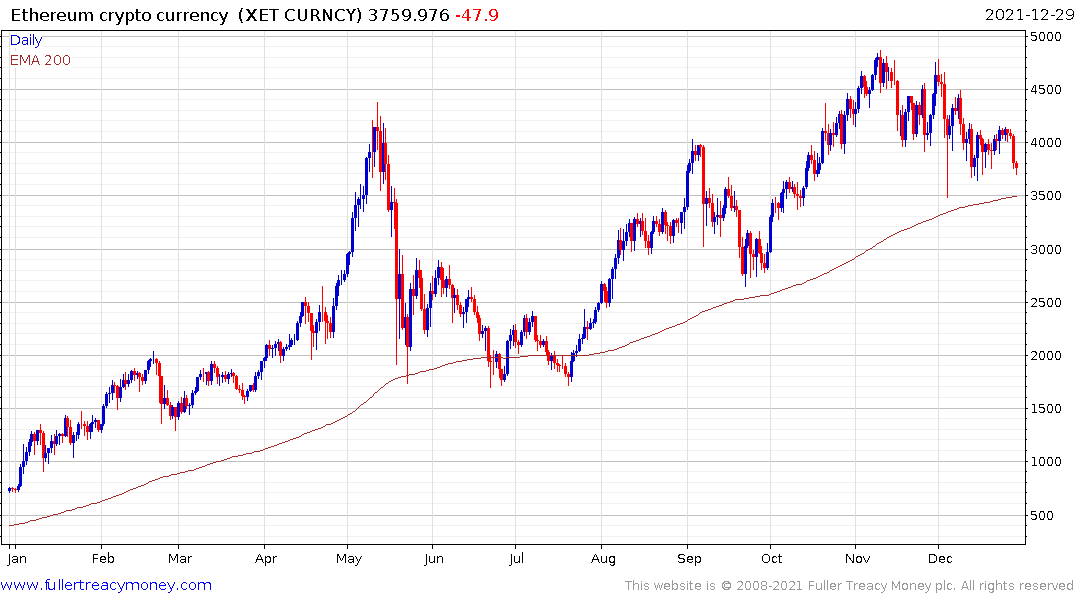 Ethereum continues to consolidate in the region of the upper side of the range. It dropped back below the psychological $4000 level this week and will need to continue to hold the $3500 level if the trend is to remain reasonably consistent.