“Corporate results from some of the largest Indonesian companies confirmed that the economy is weakening,” said Audrey Goh, Singapore-based investment strategist at Standard Chartered Bank. There’s probably “some negative sentiment” from the planned executions, she said.

President Joko Widodo’s resumption of executions for drug smugglers after a hiatus under his predecessor has increased international focus on Southeast Asia’s largest economy and the world’s fourth-most populous nation. Australia, which has a history of spats with its northern neighbor, has warned the deaths may damage ties and hasn’t ruled out sanctions or diplomatic action.

Joko Widodo does not have a wide margin of support in parliament so there is the possibility that the resumption of executions for drug smuggling represent an attempt to bolster his strongman credentials as the economy weakens. Commodities continue to represent a major source of income for the Indonesian economy despite the increasing potential for growth in the consumer economy. The fall in oil, tin and coal prices all represent headwinds but the possibility of the country attracting negative attention as a result of executions represents an additional issue.  ~ 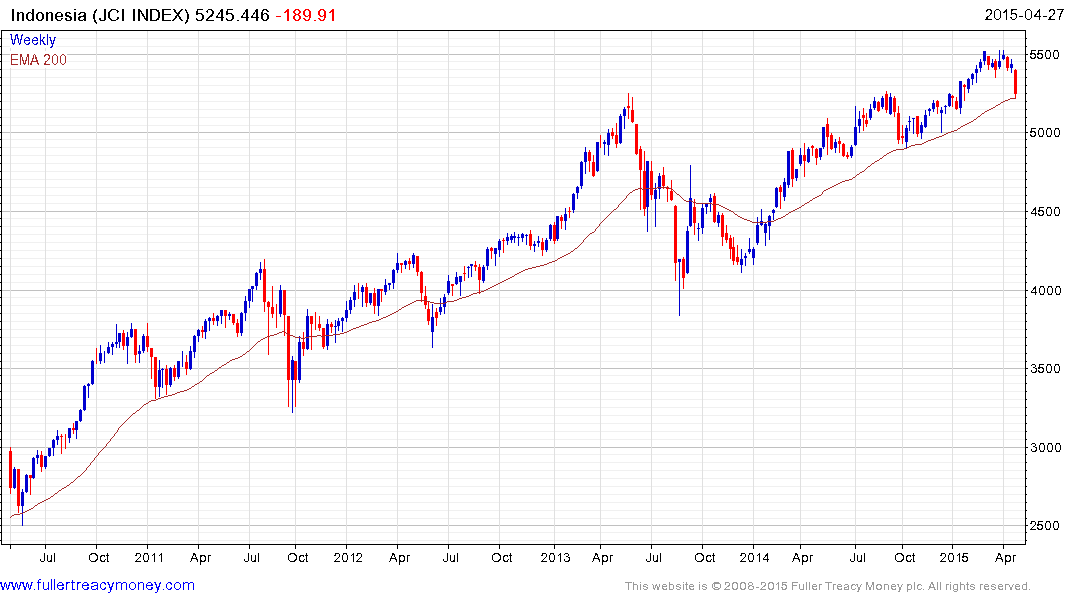 The Jakarta Composite Index pulled back sharply today to pause in the region of the 200-day MA. The Financials Index posted a similar decline and the list of laggards was not isolated to any one sector. This represents a major downward dynamic and suggests that even if the Index can find support in the region of the MA, a period of support building will be required before a move to higher levels can be supported. 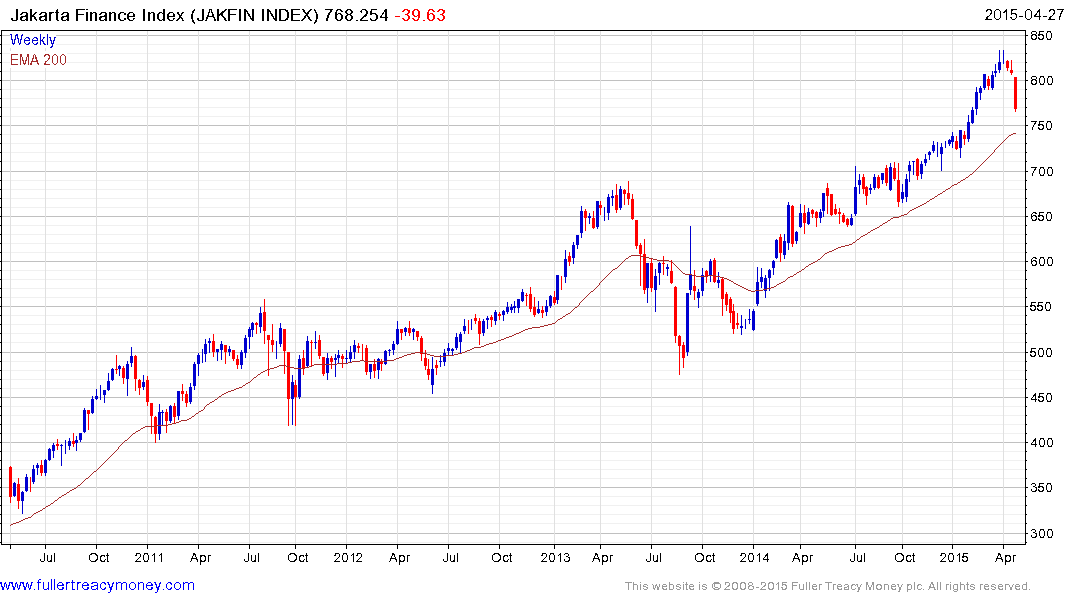 The impact on the Rupiah was less pronounced not least because it has been trending consistently lower for more than three years and a sustained move below the 200-day MA would be required to question medium-term Dollar dominance. 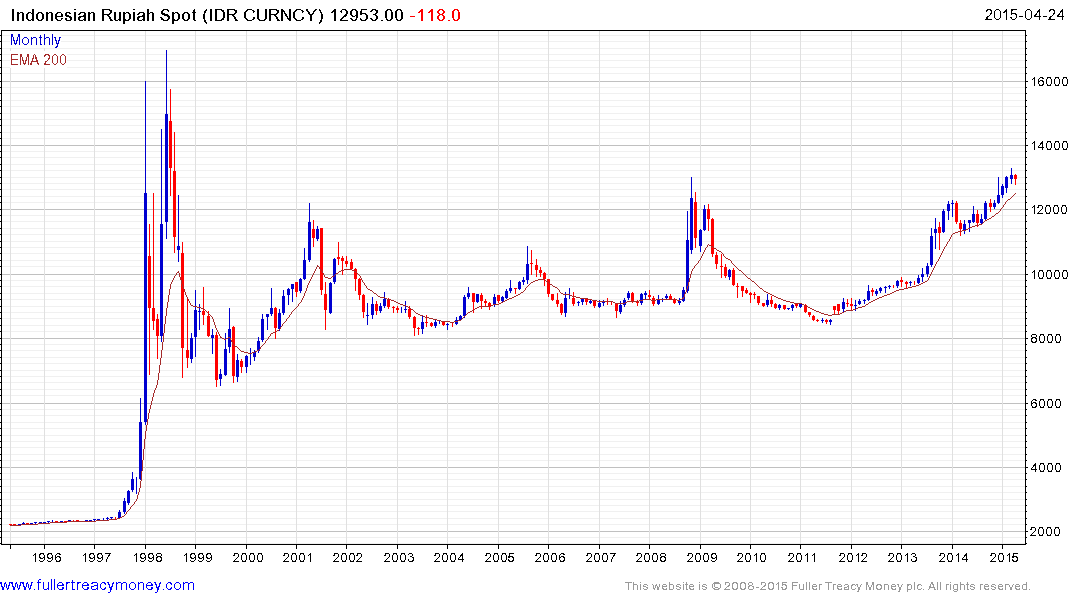