In a sharp reversal from October, when the Reserve Bank of India took rate cuts off the table, Governor Shaktikanta Das -- who took office in December -- opened the door to more policy easing and brought growth back into the Monetary Policy Committee’s focus. That was a departure from his predecessor Urjit Patel, whose singular aim was to meet the RBI’s 4 percent inflation mandate.

Narendra Modi was the first in what has become a long line of upstart political populists which have achieved some outstanding electoral results over the last five years. Buying elections is about the most effective strategy used by politicians everywhere and India is no different. In fact, one of the primary reasons for appointing a new central banker was to ensure compliance with the wishes of the ruling party to ease heading into the election.

That obviously raises some important questions about the independence of the RBI but I am also reminded of the USA’s presidential cycle where it was passing normal to expect tightening in the first couple of years and loosening bias in the latter 18 months heading into an election. 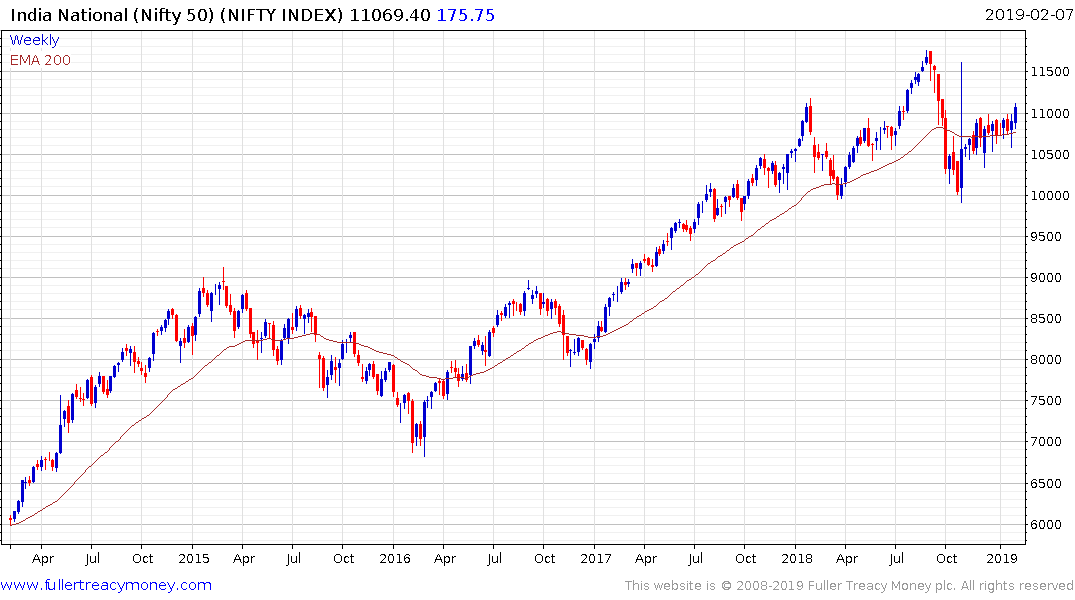 Meanwhile the Nifty Index has broken out of its most recent range and the Rupee has been quite stable probably because the fiscal largesse announced at last week’s budget was not as large as investors feared.