“If the RBI decides to lower rates then certainly it will help the economy and some of the possible risk areas that we identified will get relief,” he said, referring to the Reserve Bank of India. “Inflation is under control.”

Central bank Governor Raghuram Rajan has rebuffed calls to cut interest rates as he awaits more clarity on whether consumer-price inflation will hit his 6 percent target for January. India has the fourth-highest borrowing costs among 14 Asia-Pacific countries tracked by Bloomberg.

Consumer prices eased to an eight-month low of 3.78 percent in July. Wholesale prices in July fell the most on record, according to data released on Friday.

Rajan left the repurchase rate unchanged at 7.25 percent on Aug. 4 after cutting it three times this year. While two of those cuts have come in unscheduled meetings, he’s held rates at three of four reviews in 2015.

The central bank expects CPI to hit 4 percent in August and rise toward the 6 percent target by January.

Japan and India are perhaps the two greatest beneficiaries of weak oil and commodity prices. This is now feeding through to Indian inflation measures and the recent more positive outlook for the monsoon should also help to mitigate inflation. The central bank is understandably cautious about lowering interest rates following the traumatic effect of the Rupee’s accelerating devaluation in 2013. 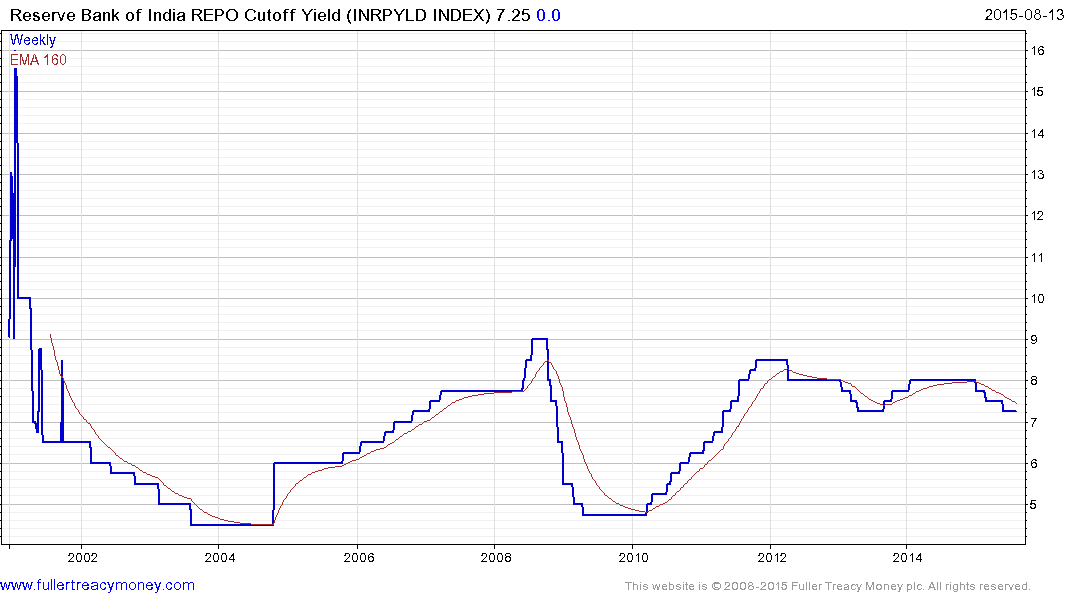 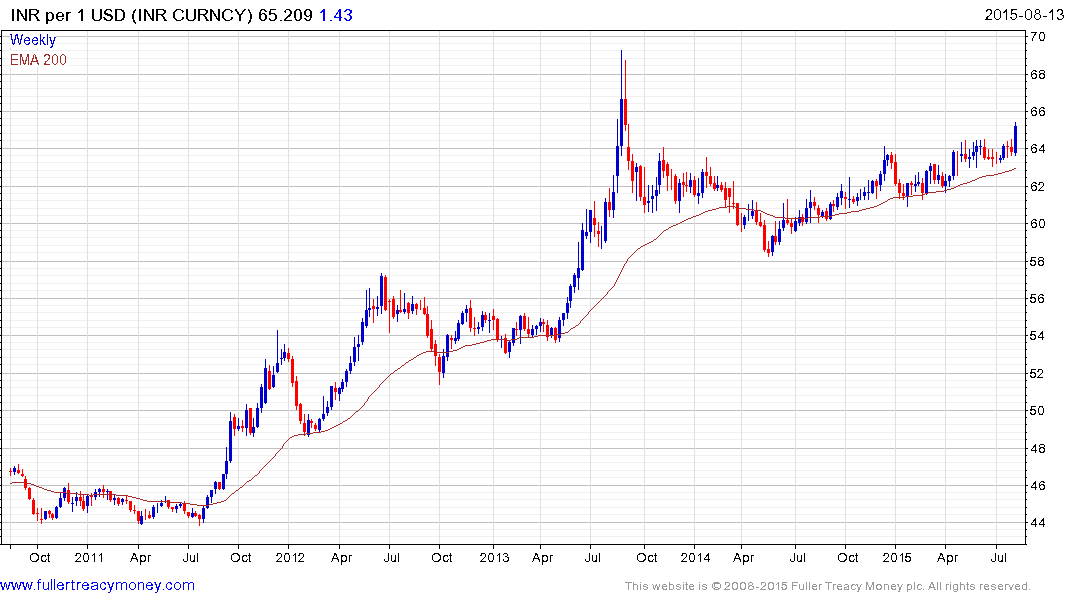 Rajan was appointed to the top post at the RBI with a mandate to clamp down on inflation and stabilise the currency. The administration is very conscious of the fact international investors will be deterred from participating if the currency trends lower again. With the currency already experiencing contagion from weakness in other Asian currencies, particularly China, it is debatable how much leeway the central bank has. What is encouraging is that government finances are in a better position now than they were in 2013. 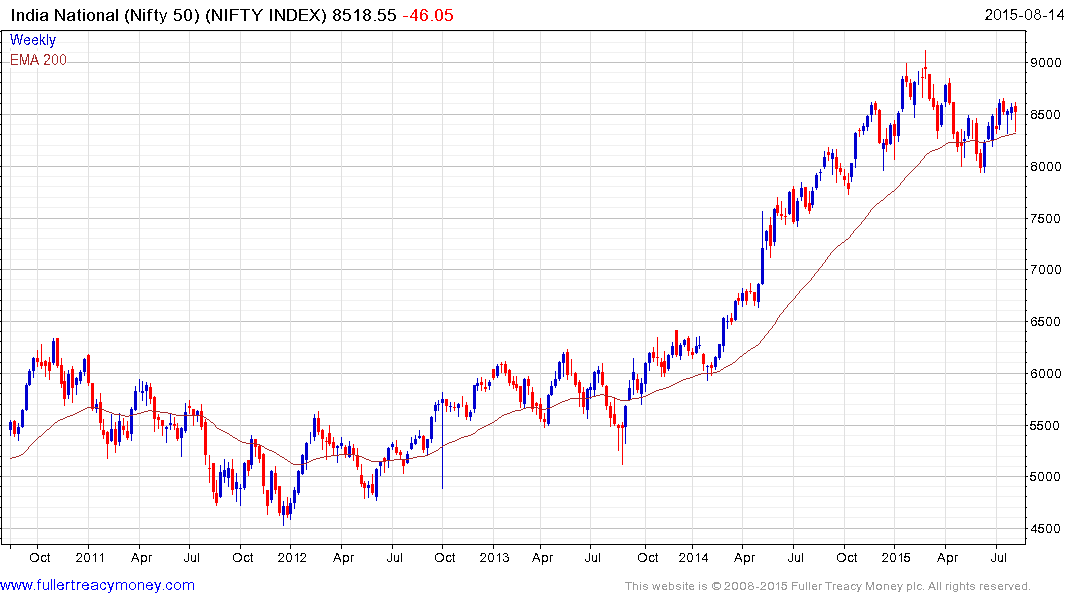 The Nifty Index found support this week in the region of the 200-day MA and a sustained move below 8,250 would be required to question current scope for continued higher to lateral ranging.