How water shortages are brewing wars
Comment of the Day

How water shortages are brewing wars by Eoin Treacy

Unfortunately, there's no one-size-fits-all solution to water scarcity. In many countries simply reducing loss and leaks could make a huge difference – Iraq loses as much as two-thirds of treated water due to damaged infrastructure. The WPS partners also suggest tackling corruption and reducing agricultural over-abstraction as other key policies that could help. Iceland even suggests increasing the price of water to reflect the cost of its provision – in many parts of the world, humans have grown used to getting water being a cheap and plentiful resource rather than something to be treasured.

Much can also be done by freeing up more water for use through techniques such as desalination of seawater. Saudi Arabia currently meets 50% of its water needs through the process. "Grey", or waste water, recycling can also offer a low-cost, easy-to-implement alternative, which can help farming communities impacted by drought. One assessment of global desalination and wastewater treatment predicted that increased capacity of these could reduce the proportion of the global population under severe water scarcity from 40% to 14%.

At the international level, extensive damming by countries upstream are likely to increase the risk of disputes with those that rely on rivers for much of their water supply further downstream. But Susanne Schmeier, associate professor of water law and diplomacy at IHE Delft in the Netherlands, says that co-riparian conflict is easier to spot and less likely to come to a head. "Local conflicts are much more difficult to control and tend to escalate rapidly – a main difference from the transboundary level, where relations between states often limit the escalation of water-related conflicts," she says

Large populations with aspirations of increasing living standards are bumping up against the reality of resource scarcity. This is particularly true for water because many people think of it as free resource that falls from the sky or flows through the city. As cities grow larger and the global population becomes further concentrated at the deltas of major rivers, it is inevitable that water is going to become an increasingly contentious issue. That’s before anyone even begins to think about the ramifications of a changing climate. 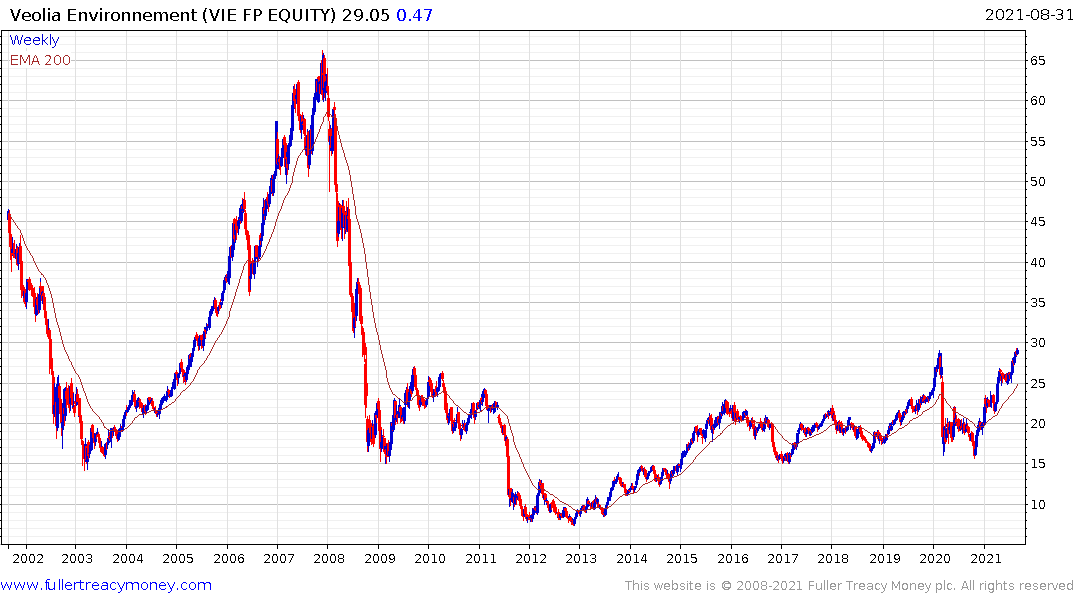 Veolia was in the process of completing its base formation before the pandemic. It is now back testing its recovery highs and a sustained move below the trend mean would be required to question medium-term scope for continued upside. 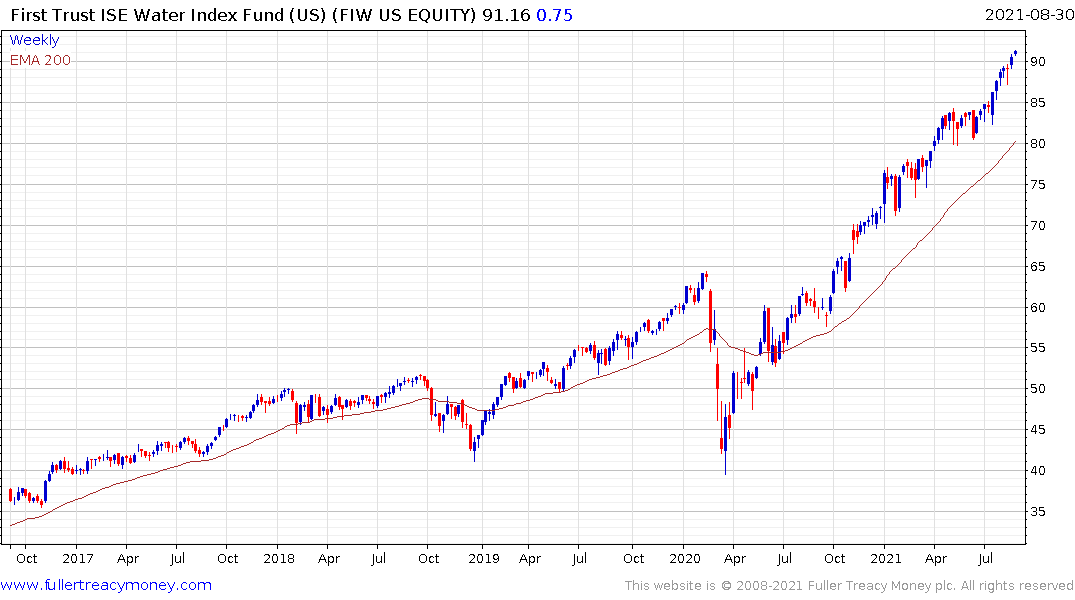 The First Trust Water ETF remains in a steep uptrend which has been punctuated by a series of mild pullbacks.