Reserve Bank Governor Philip Lowe noted the withdrawal of foreign buyers in a speech Wednesday as he sought to explain the drivers of Australia’s property slump. The central bank is closely watching the decline, especially as it’s starting to impact household spending and slow the economy.

“Another demand-side factor that has influenced prices is the rise and then decline in demand by non-residents,” said Lowe. “The timing of these shifts in foreign demand has broadly coincided with –- and reinforced –- the shifts in domestic demand.”

While Chinese buyers helped inflate the property bubble, they’re unlikely to return in sufficient numbers to stabilize the market. For one thing, shifting money abroad from China is tougher these days as authorities there are strictly enforcing rules aimed at curbing capital outflows.

There are other domestic factors suggesting prices could keep declining too. Australian banks have turned gun-shy on lending following an inquiry that exposed widespread misconduct in the industry and more homes are coming to the market.

While in Melbourne last April, all anyone wanted to talk about was the impact of the Royal Commission’s inquiry and the price of property. Prices are high relative to incomes and Australia’s private sector debt to GDP is among the highest in the world. With short fixes on mortgage rates and floating rates dominating, the Australian consumer is very interest rate sensitive and has a lot of net worth locked up in property.

It is increasingly difficult for Chinese consumers to get their money out of the country. Clamping down on capital flight is a major priority for the Chinese government because the only way that the economy can balance the increasing number of bad loans, defaults and stimulus is with the large pool of deposits sitting in Chinese banks. The chances of removing capital controls are slim at best.

The RBA’s cash target rate has been locked at 1.5% since 2016 and there is increasing speculation that the next move is going to be downwards, in an effort to protect consumers from falling property prices and to encourage interest in additional purchases. 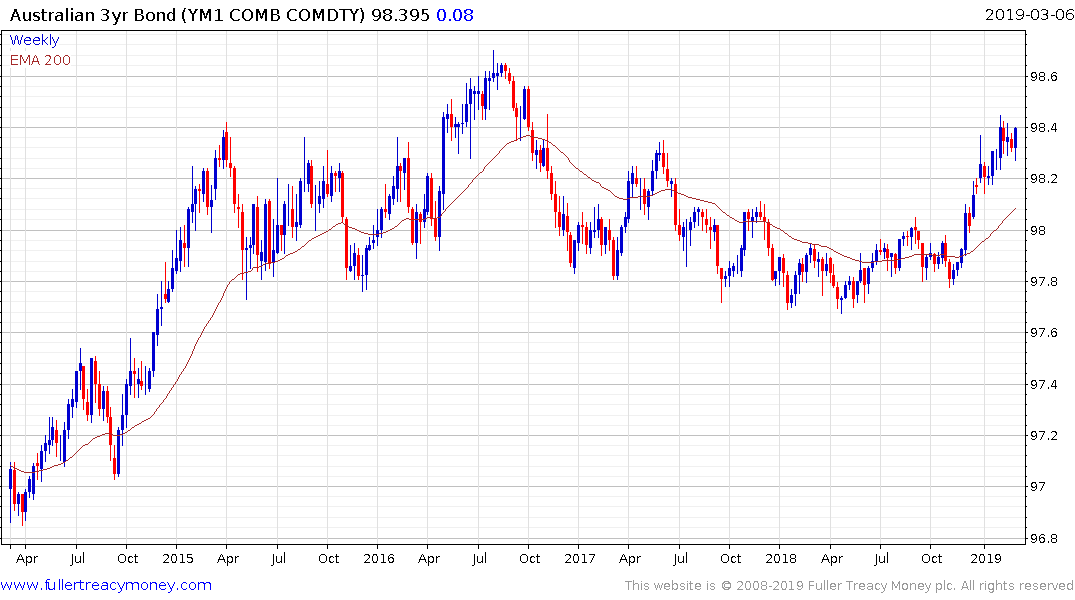 The 3-year bond future is testing the upper side of its range and remains in a consistent medium-term uptrend. 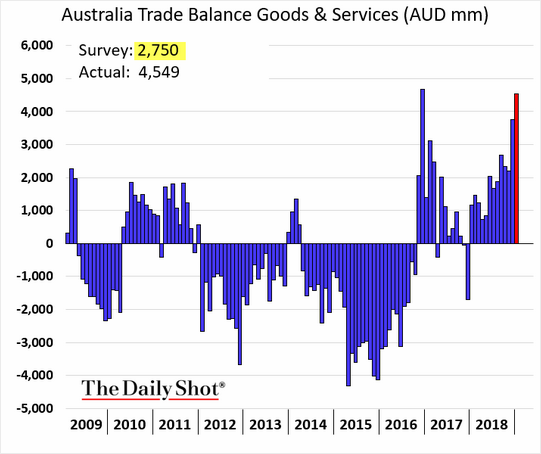 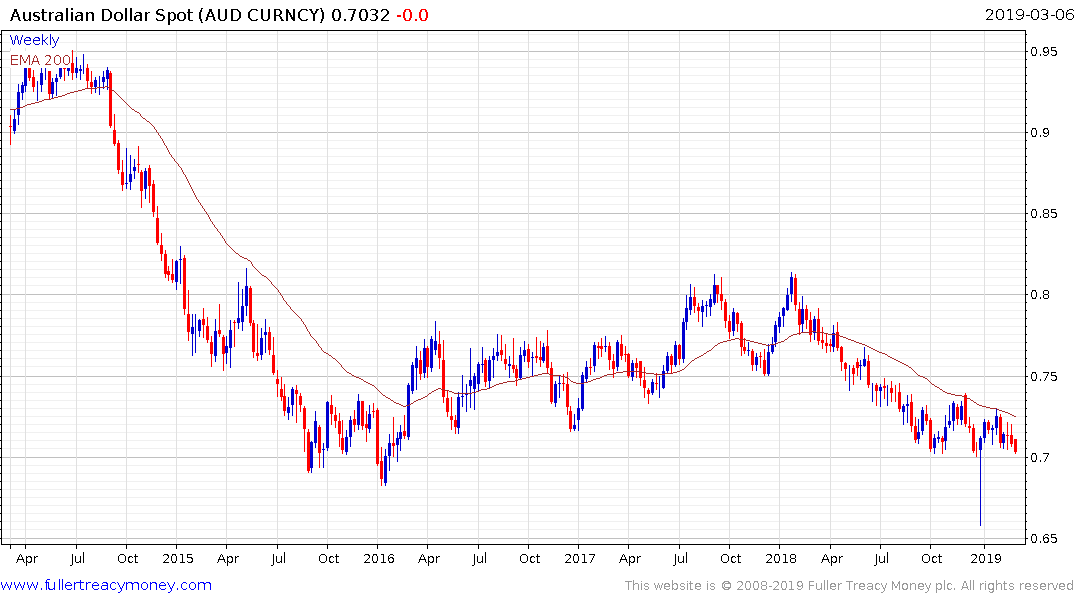 The Australian Dollar is back testing its low near 70₵ and a break in the sequence of lower rally highs will be required to question the consistency of the medium-term downtrend.