After the list goes above 6, the numbers start becoming so large and abstracted you lose the sense of the gulf between where Google is and where it will be at the next step.

In the case of Moore's Law, it started out in the 1970s as doubling every year, before being revised up to about every two years. According to Neven, Google is exponentially increasing the power of its processors on a monthly to semi-monthly basis. If December 2018 is the 1 on this list, when Neven first began his calculations, then we are already between 5 and 7.

In December 2019, only six months from now, the power of Google's quantum computing processor might be anywhere from 24096 times to 28192 times as powerful as it was at the start of the year. According to Neven's telling, by February--only three months after they began their tests, so 3 on our list--, there were no longer any classical computers in the building that could recreate the results of Google's quantum computer's calculations, which a laptop had been doing just two months earlier.

Neven said that as a result, Google is preparing to reach quantum supremacy--the point where quantum computers start to outperform supercomputers simulating quantum algorithms--in a only a matter of months, not years: “We often say we think we will achieve it in 2019. The writing is on the wall.”

Double exponential growth takes the doubling we have been accustomed to and turns it into powers. Therefore, instead of 2, 4, 8, 16 improvements we get 4, 16, 256, 65,536. With that kind of growth rate, the pace of innovation becomes so rapid that new chips become instantly obsolete. It makes a nonsense of ever owning a quantum computer and means provision of cloud services will likely be the primary way in which this kind of computing power is accessed. IBM has already been trialling that kind of access with its Watson artificial intelligence and nascent quantum service.

The exponential growth of processing power means the kinds of problems which have been too difficult to tackle will not become realisable. Mapping the human brain, rapid drug discovery, materials science innovation, plasma containment for fusion energy and autonomous vehicles. This as much of a gamechanger for the global economy as shale oil and gas was in 2005 but it will probably happen much faster because of the speed of growth.

The easiest prediction for this kind of technology is the first funds to put it to work in the financial markets will capture the greatest inefficiencies and make a fortune in the same way that Jim Simons did with the birth of algorithmic trading. Meanwhile the increasing growth of the sector will eventually iron whatever inefficiency is discovered. 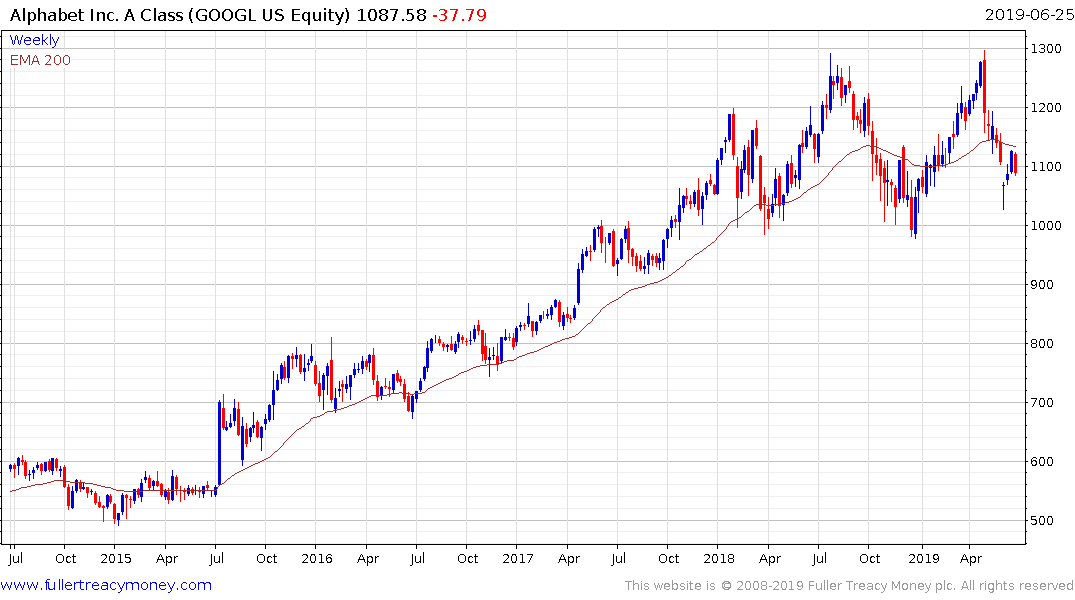 Alphabet/Google’s share price is now more heavily influenced by the threat of antitrust than any other factor. The share needs to hold the $1000 if we are to continue to give the benefit of the doubt to consolidation rather than top formation. 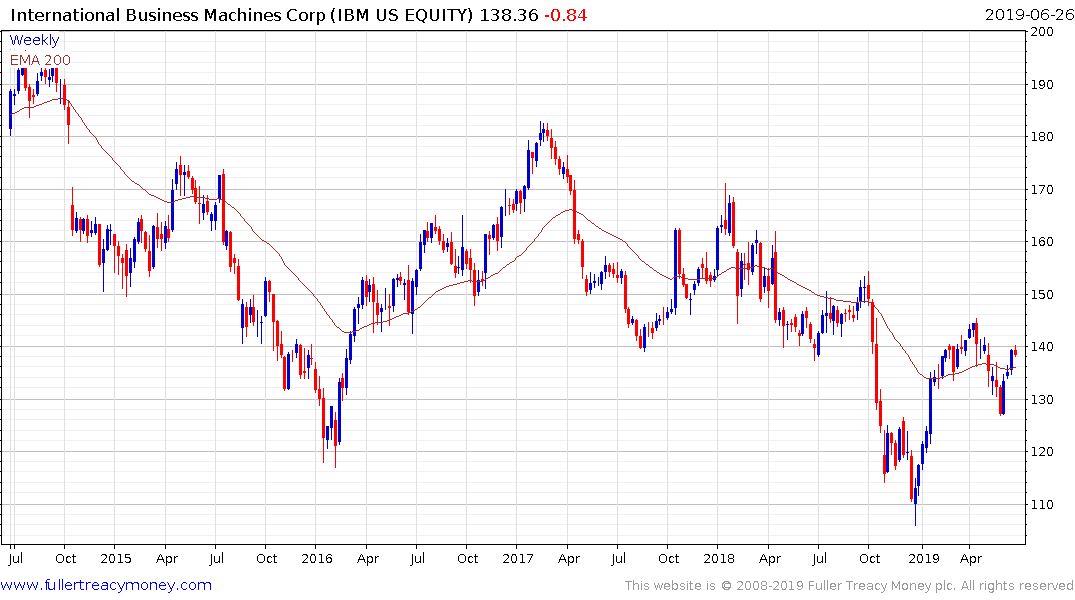 IBM rebounded impressively from the January lows but a medium-term sequence of lower rally highs is still intact. A sustained move above $145 will be required to break the downtrend.

An additional thought is the introduction of quantum computing will have an effect on the cryptocurrency market because it will question the security protocols on which it relies. It will also pose a challenge for every form of cryptography currently utilised.