Gold has firmed in the opening weeks of this year as investors sought a haven from elevated inflation and the geopolitical crisis in Europe. The precious metal’s climb has been aided by renewed inflows into bullion-backed exchange-traded funds, which are on track for a second monthly gain.

That support comes even as traders up their bets on a more aggressive approach from the Federal Reserve, pushing up inflation-adjusted Treasury yields and putting pressure on gold. The latest Fed minutes, due later Wednesday, may influence views on its policy path.

“We believe investors have attached a greater emphasis to hedging geopolitics,” strategists at UBS Group AG including Wayne Gordon wrote in a note. “A break in the negative correlation between gold and U.S. real rates never really endures, and this time is no different.”

The UBS strategists still expect gold to hit $1,650 an ounce by the end of this year.

The primary argument being made by the UBS team is that negative real rates are tightening so the logical support for gold is less compelling. They argue that in a positive real rate environment there is no way gold can hold the current higher levels. 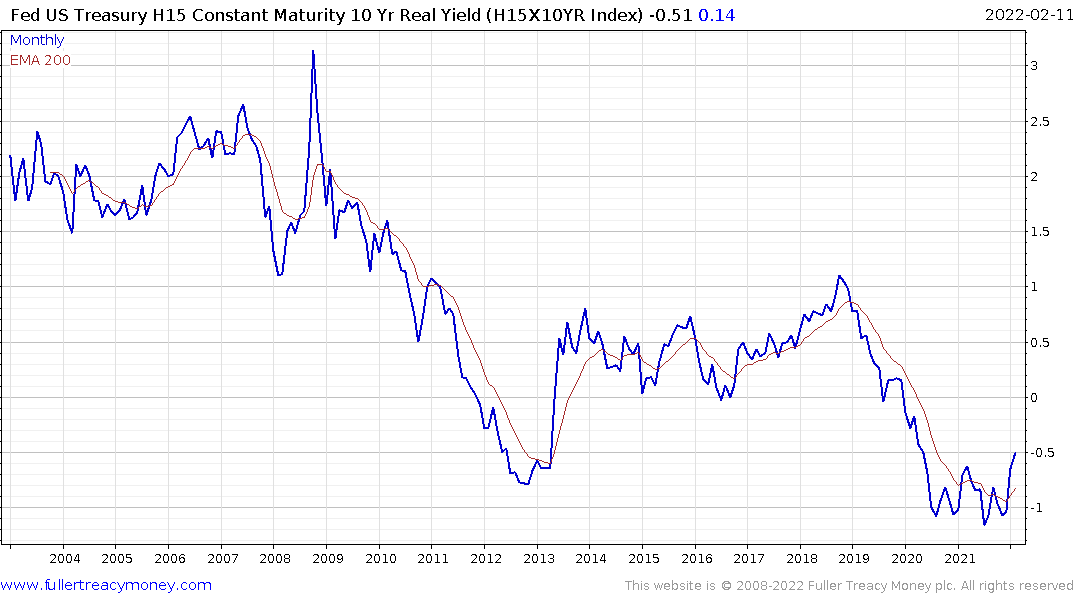 There are a couple of issues with relying only on a real rates argument. The first is that real rates were positive and averaged about 200 basis points between 2003 and 2009. Then after the credit crisis real rates trended lower to deeply negative rates until early 2013. Gold rallied meaningfully during positive real rates and peaked even though real rates were still contracting after 2011. 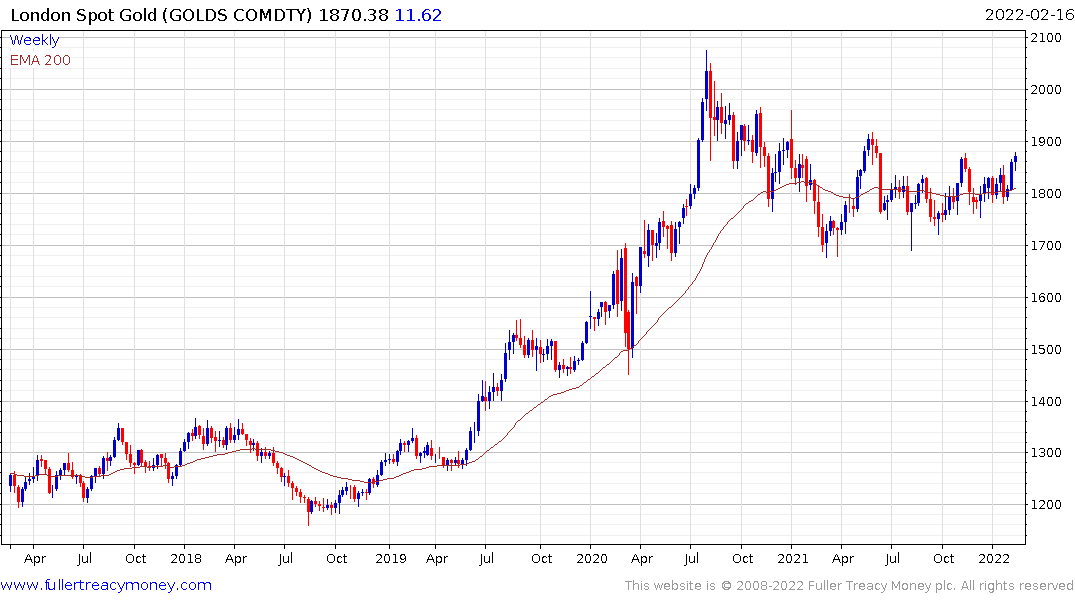 Right now, gold is firming. Some of the reason for that is the stress between NATO and Russia in Ukraine. There is a great deal of brinksmanship and obfuscation underway from both sides. I remain of the view it will not devolve into a hot war. The best-case scenario is Ukraine will follow a Finland model.

Gold is also firming because supply of fiat currencies is surging. Governments do not appear to have a plan for how to close budget deficits. Talk of normalising policy is already slowing growth and the monetary response to that will mean even more money printing. Gold appears to be anticipating that already.