Gold tumbled back below $1,400 an ounce after the U.S. and China reached a truce in their trade war, dealing a blow to havens.

Prices fell the most in a year after Donald Trump and Xi Jinping agreed to resume negotiations in a bid to resolve differences between the world’s top-two economies. Still, the setback may be temporary as investors now train their focus on U.S. jobs data due Friday for clues on the Federal Reserve’s next move on policy.

“Don’t pay up for commodities” is about the most useful adage we came to live by in the commodity bull run of the early 2000s. Commodities are volatile but even that provides a consistency characteristic that is useful for traders. Breakouts are seldom sustained.

The most important arbiter of whether gold is in fact in a new medium-term uptrend, as I suspect, will be in how well it holds the move above $1350. The short-term overbought condition is now being unwound and the trend mean is currently in the region of $1300. That suggests there is ample room in which to consolidate but it is does look like it is going to consolidate. 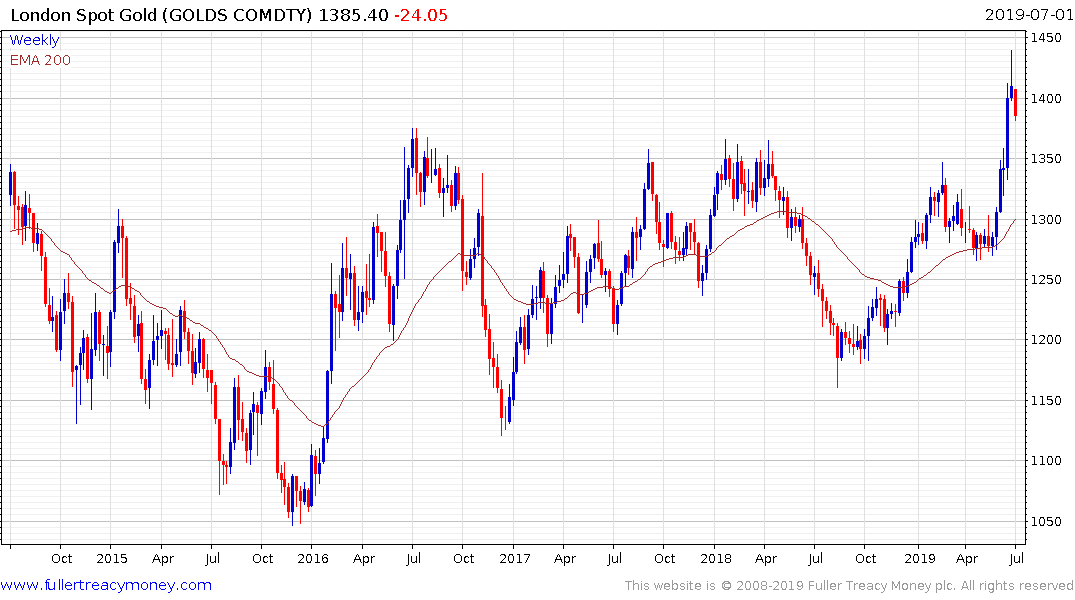 The Gold miners ETF rallied about almost 30% in June and some consolidation of that gain is now underway. Again, 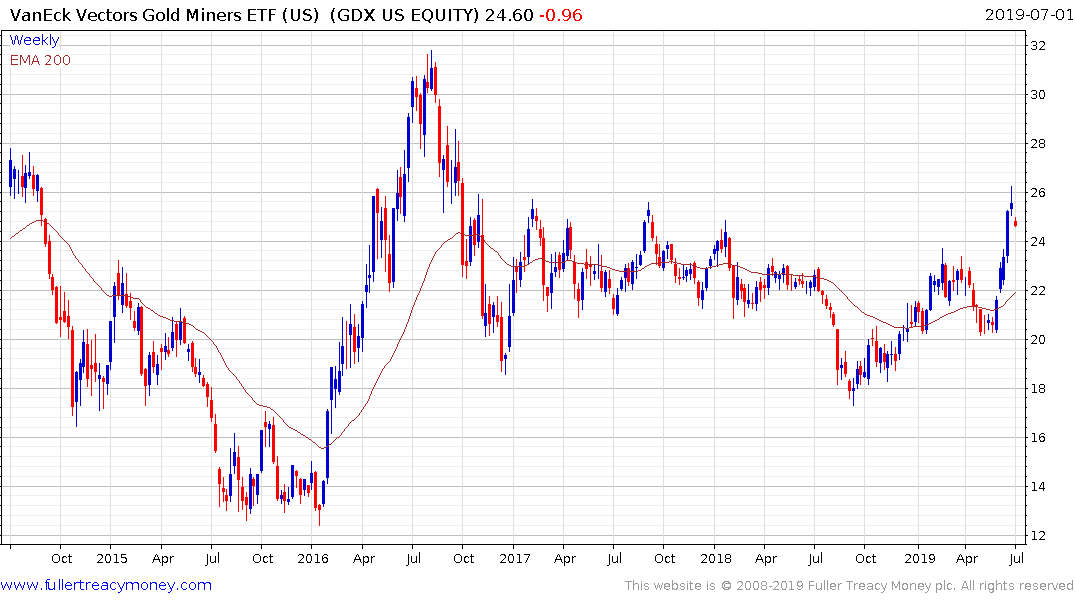