Earlier, gold was buoyed by signs that money managers and exchange-traded fund investors are turning more positive on the precious metal
Gold spot price was up as much as 1.3%, silver +2.8% intraday; U.S. Dollar Index (DXY) fell as much as 0.2%
Precious metal miners intraday gainers include HL which rose as much as 15%, EDR CN +11%, GGD CN +11%, CDE +8.9%, FR CN +7.4%, K CN +6.1%, FVI CN +6.5%
Goldman said in a note that “gold tends to perform well when realized inflation is elevated and rising, while the dollar suffers, especially as the Fed stays on hold”
Meanwhile, copper miners also got a boost as price climbed on Monday, lifted by concerns of supply disruptions in Chile and signs that Chinese demand is picking up
Some of the copper/base metals miner that gained intraday include TKO CN, FCX, FM CN
TECK also gained, which was partially helped by rise in coal equities on higher natgas prices 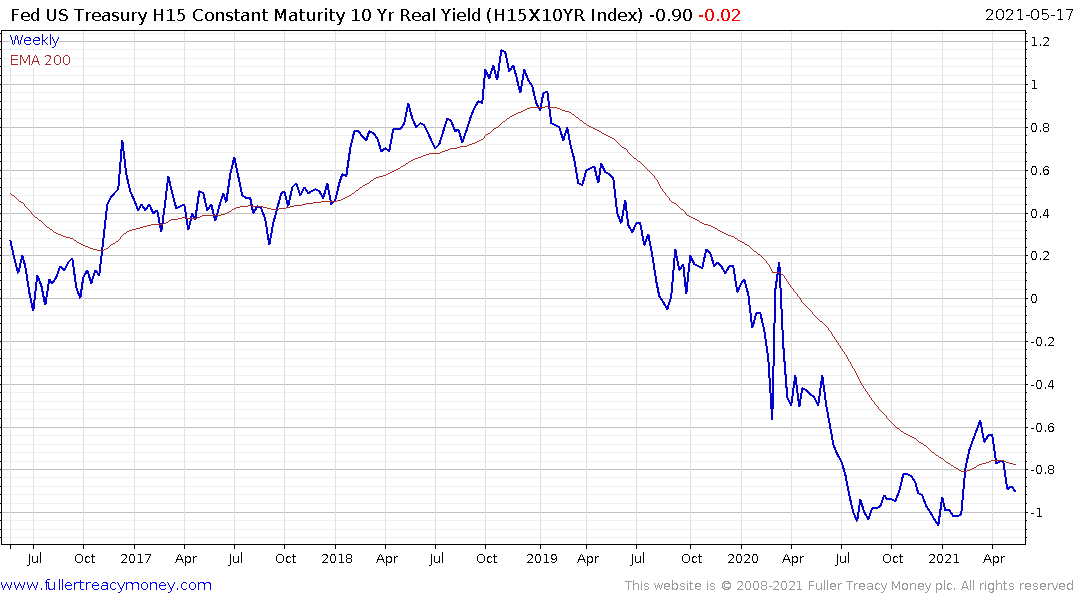 The Federal Reserve US Treasury H15 Constant Maturity 10 Yr Real Yield bottomed in August and broke out of its base in February. That move coincided with an uptick in gold selling pressure and the breakdown in ETF holdings. The rate has been giving up its advance over the last month and that is contributing to the rebound for gold. This is not the only indicator of gold demand but it is an important one for institutional investors looking for a hedge against real declines in the purchasing power of the Dollar. 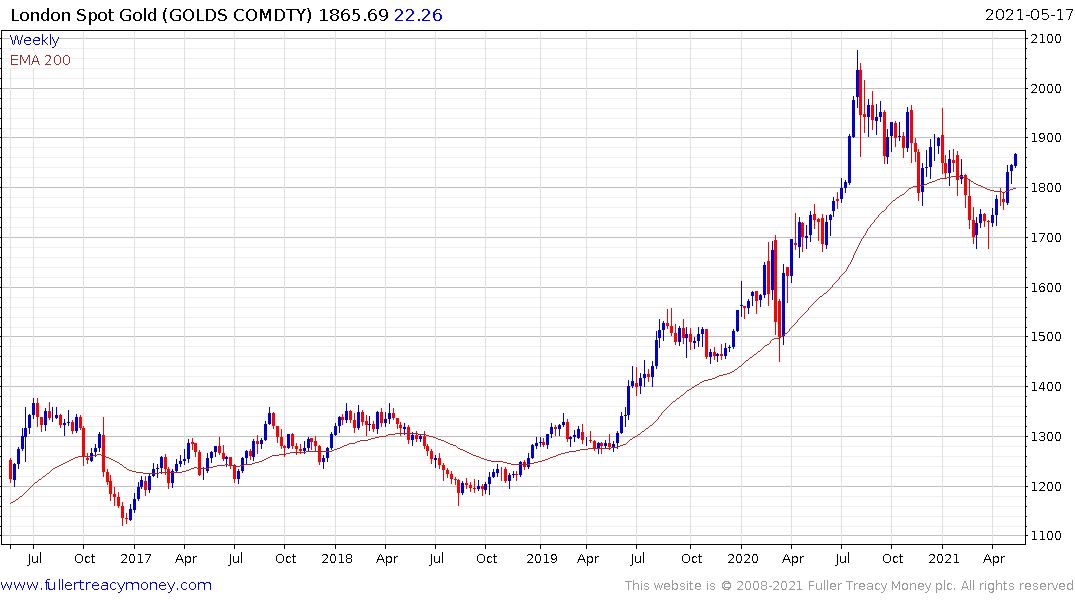 The gains in gold bull markets all tend to occur in short bursts and there are lengthy periods of ranging and disappointment in between. Gold has now broken successfully above the $1860 level and there is increasing potential the nine-month corrective phase is over. 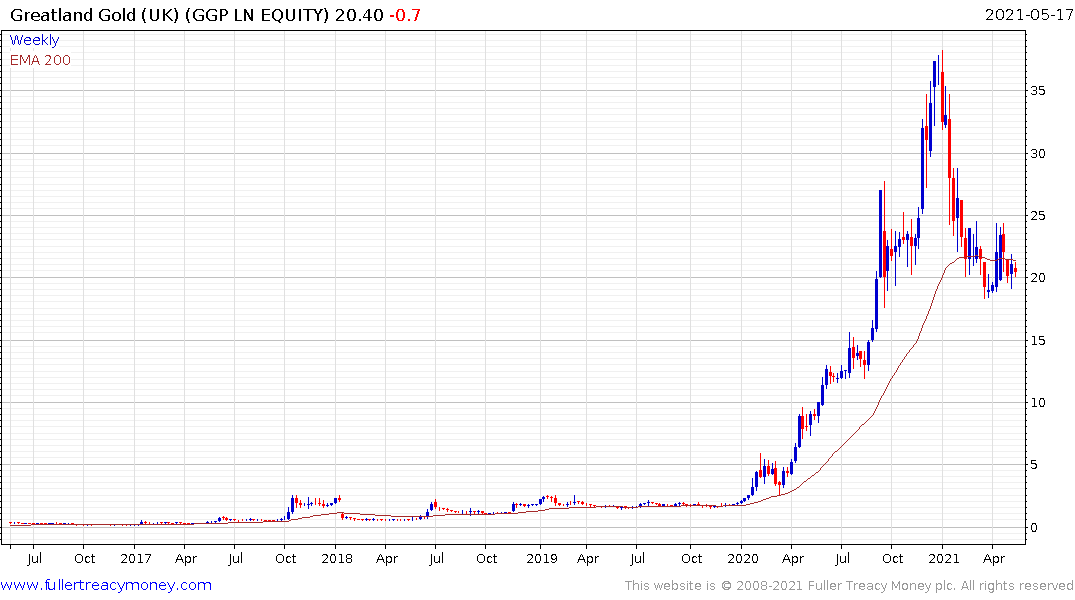 Large numbers of gold mining stocks have pulled back aggressively over the last few months and are primed to offer high beta trading opportunities in the event gold extends its recovery to new all-time highs. For example, Greatland Gold is an explorer which is on the cusp of becoming a copper/gold producer. The share trended higher in a consistent manner until January and halved by the low in April. It is now in the region of the trend mean. 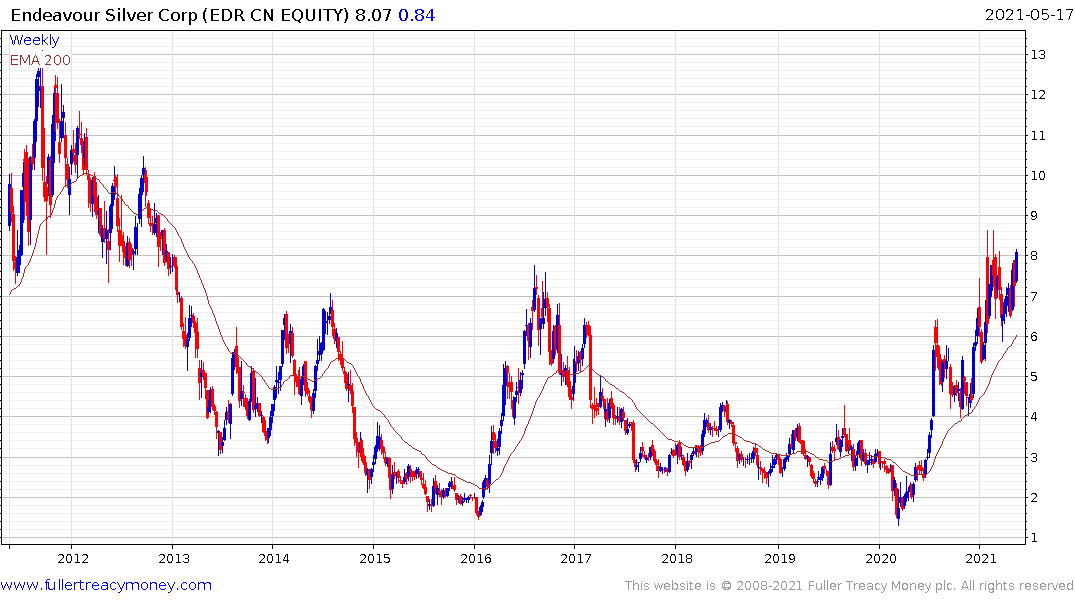 Endeavour Silver is on the cusp of breaking out to new eight-years highs and completing its lengthy base formation. 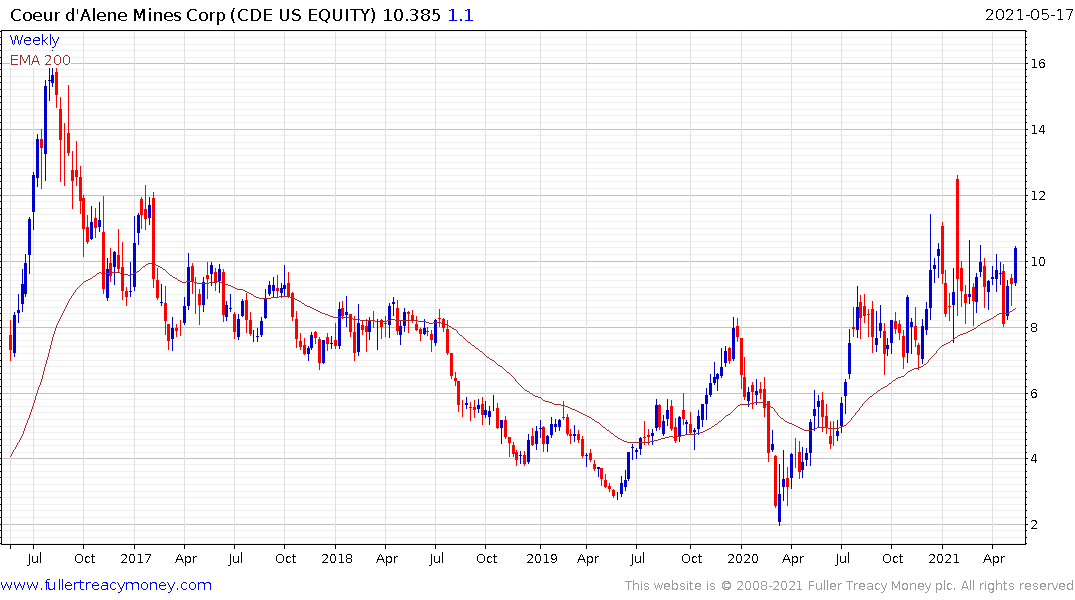 Coeur Mining is firming from the region of the trend mean and appears primed for additional upside. 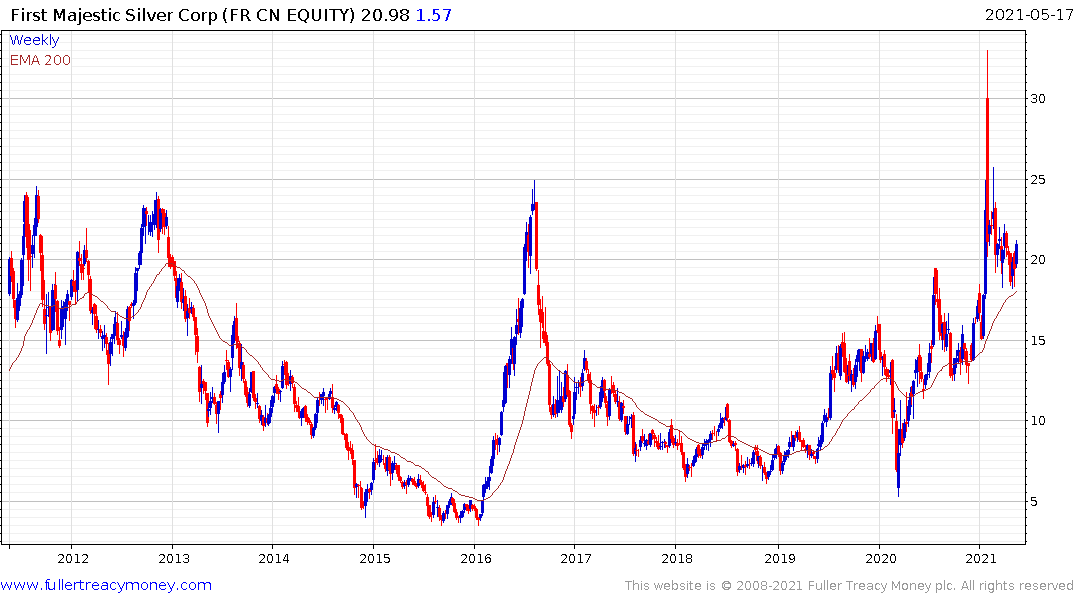 First Majestic Silver is also now firming from the region of the trend mean. 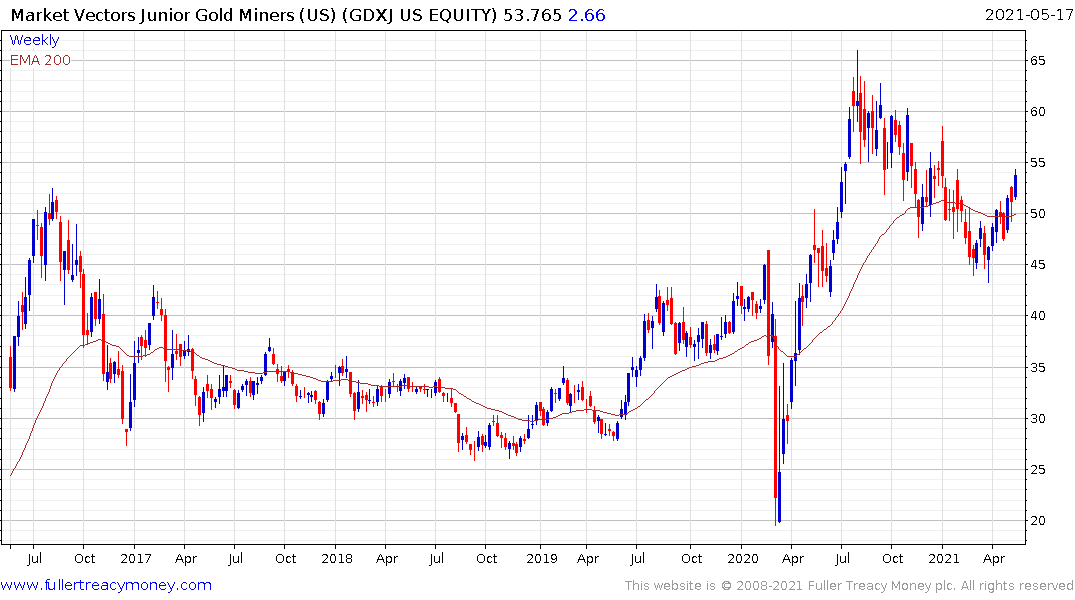 The Junior Gold Miners ETF firmed through the 200-day MA today to break a months-long sequence of lower rally highs.