“It’s bloodshed,” Commerzbank AG analyst Carsten Fritsch said by phone Friday. “It first started with forced selling from equity investors who also sold their gold positions to cover their losses in equities and also to cover margin calls. Gold investors don’t want to sell but are forced to cover the losses in other asset classes.”

Spot gold fell the most intraday since June 2013, according to Bloomberg generic pricing. The metal was down 4.5% at $1,571.05 an ounce as of 1:35 p.m. in New York. Other precious metals including silver and platinum also dropped, with palladium sliding the most since 2008.

Fear over the economic fallout from the coronavirus has unnerved markets, sending the S&P 500 index toward its worst week since 2008. The outbreak has further undercut investor demand for raw materials, which was already wavering because of increasing supplies and concerns over global trade wars. Returns from commodities have plunged on worries that the fast-spreading virus will crush demand for raw materials, fuel and food across the globe.

The baby is currently being thrown out with the bath water, to coin a phrase. Contagion selling sets up some of the most attractive buying opportunities in assets not directly linked to the epicentre of risk. Therefore, this is an important time to monitor the precious metals sector. 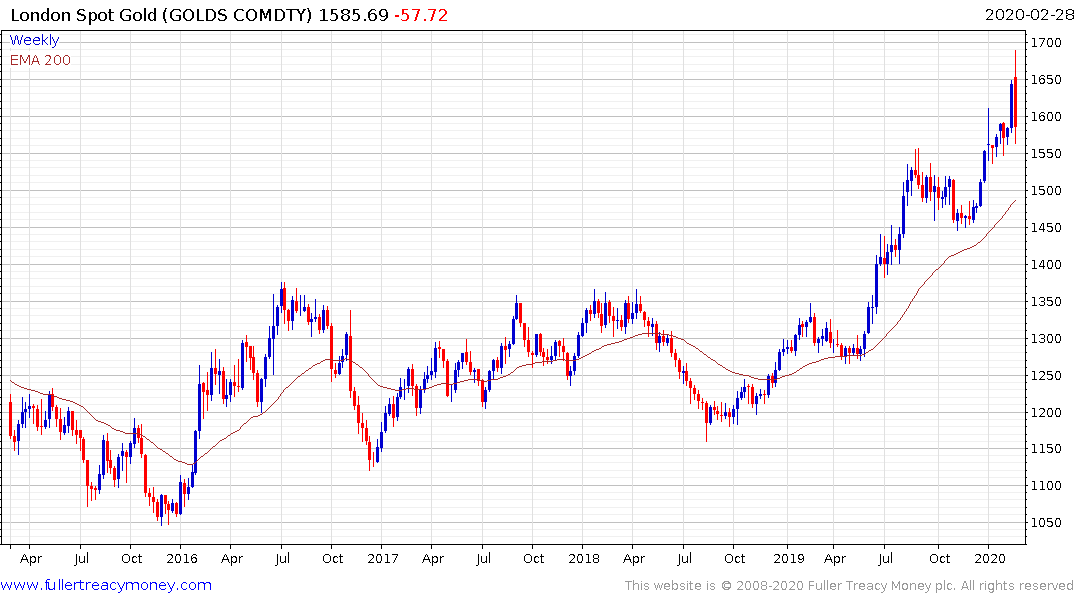 Gold pulled back sharply today to unwind about half of its overextension relative to the trend mean. There is scope for some additional consolidation but a sustained move below the trend mean, currently near $1500, would be required to question the uptrend.

The weakness of the Dollar over the last week has added about $300 billion to the balance sheets of global central banks which is directly stimulative. We already have helicopter money in Hong Kong and additional monetary assistance is inevitable from other central banks. China basically given up on allowing companies to default which is another source of stimulus. All of these factors serve to debase the purchasing power of fiat currencies which is the central reason for owning gold in the first place. Therefore, this period of weakness is likely to provide the next attractive buying opportunity. 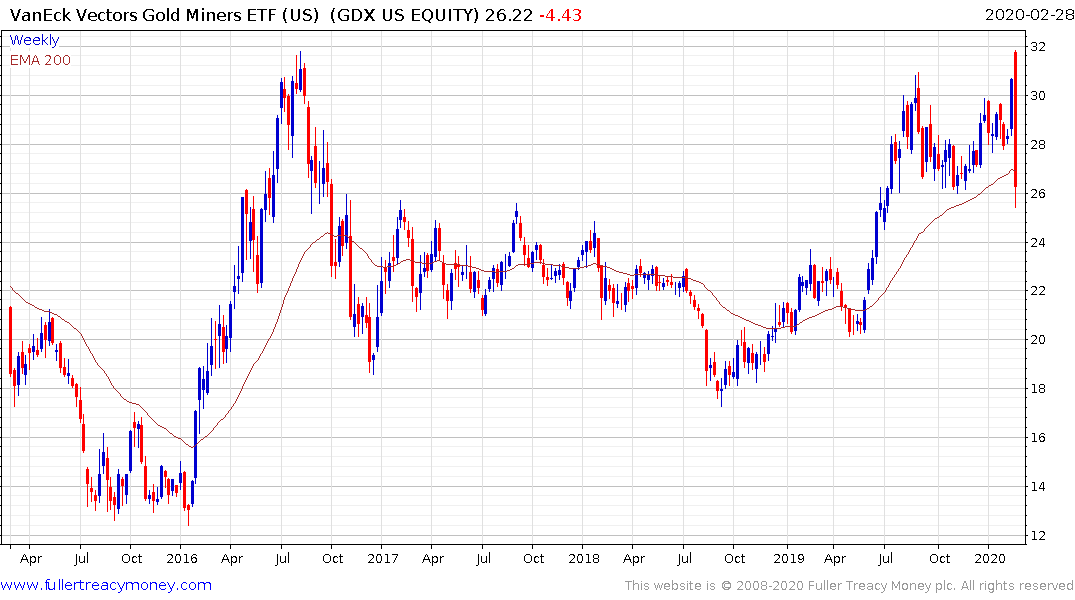 Gold shares pulled back very violently over the last couple of days and test the region of the trend mean. This is the largest downward dynamic in years but it is likely a result of contagion selling rather than any other factor.