Fed Seen as More Likely to Cut Rates After U.S. Tariff Boost
Comment of the Day

The Federal Reserve probably will be more inclined to cut interest rates now that President Donald Trump has followed through on his threat to increase tariffs on U.S. imports from China. But it won’t rush into doing so.

While the higher levies will put upward pressure on inflation by raising import prices, the central bank will likely be more attentive to the potential drag they’ll exert on the economy by depressing consumer and business spending, Fed watchers said.

“We would expect the Fed to initially focus on the growth implication and look past the inflation impact,’’ Michael Feroli, chief U.S. economist at JPMorgan Chase & Co. in New York, said in a May 7 note to clients.

The Federal Reserve is highly unlikely to raise rates against a background of low domestic inflation and heightening international tensions. That has been one of the primary reasons bond market investors have concluded we are at the top of the interest rate cycle.

Treasury futures remains in a consistent uptrend, most recently finding support in the region of the upper side of the underlying, similarly-sized, range. A sustained move below the trend mean will be required to question potential for additional upside.

That implied compression of yields is most readily apparent in the consistent downtrend of the 2-year.

Generally speaking, the stock market does not really run into trouble until the Fed does in fact cut rates and since that is not likely in the short-term there is scope for Wall Street to steady from the region of the trend mean. 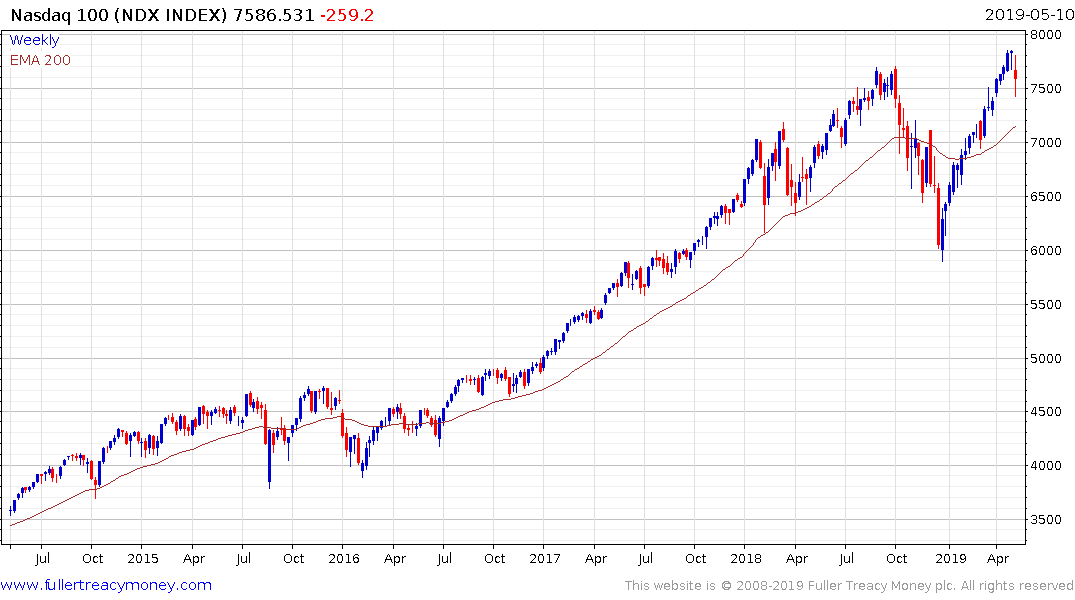 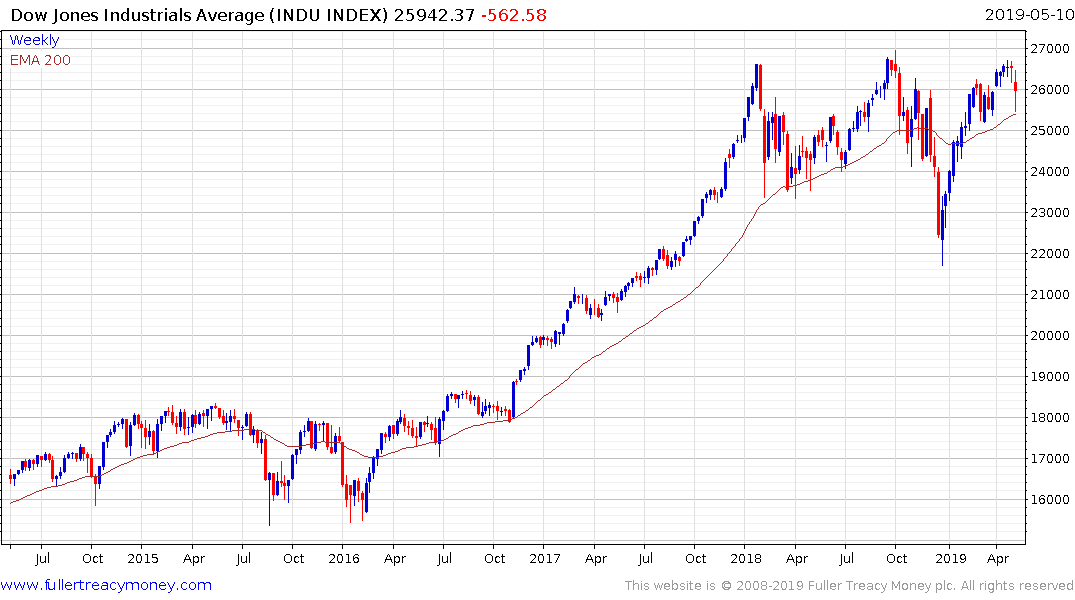 The Nasdaq-100 has plenty of room in which to consolidate while the Dow Jones Industrials Average is right in the region of its trend mean now. 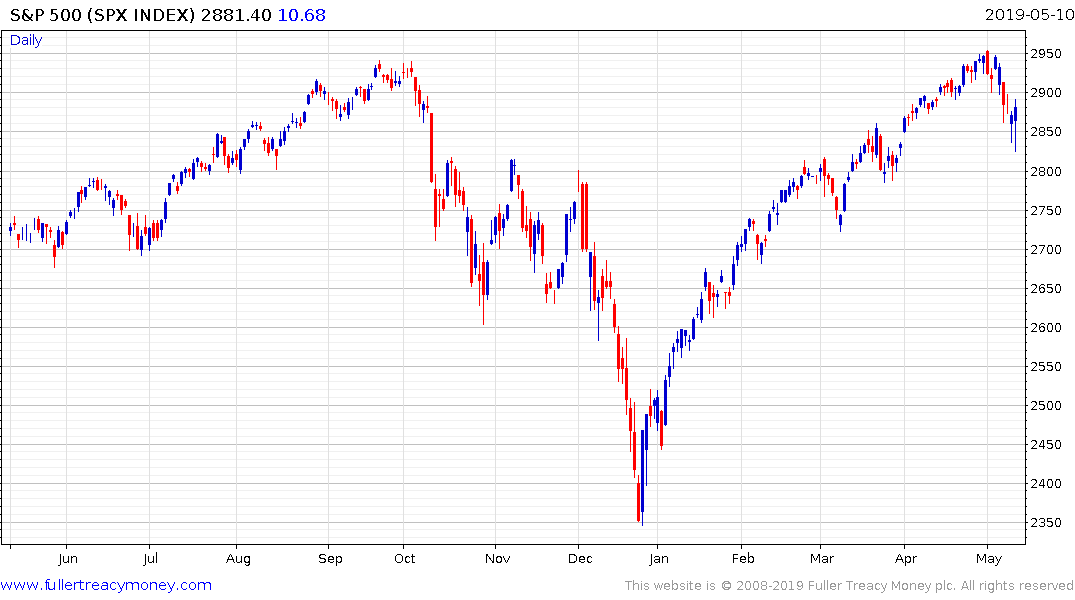