While inflation near the goal and a strong labor market are the most likely outcomes, “uncertainties about this outlook have increased,’’ the Federal Open Market Committee said in the statement following a two-day meeting in Washington. “In light of these uncertainties and muted inflation pressures, the Committee will closely monitor the implications of incoming information for the economic outlook and will act as appropriate to sustain the expansion.”

The FOMC vote was not unanimous, with St. Louis Fed President James Bullard dissenting in favor of a quarter-point rate cut. His vote marked the first dissent of Powell’s tenure as chairman.

Policy makers were starkly divided on the path for policy. Eight of 17 pencilled in a reduction by the end of the year as another eight saw no change and one forecast a hike, according to updated quarterly forecasts.

In the statement, officials downgraded their assessment of economic activity to a “moderate” rate from “solid” at their last gathering.

The pivot toward easier monetary policy shows the Fed swinging closer to the view of most investors that President Donald Trump’s trade war is slowing the economy’s momentum and that rates are too restrictive given sluggish inflation.

This statement tees up a rate cut in July. That is what the bond market has been pricing in and it got confirmation of that assumption today. Investor focus will now turn to the expectation that another cut will follow in September. 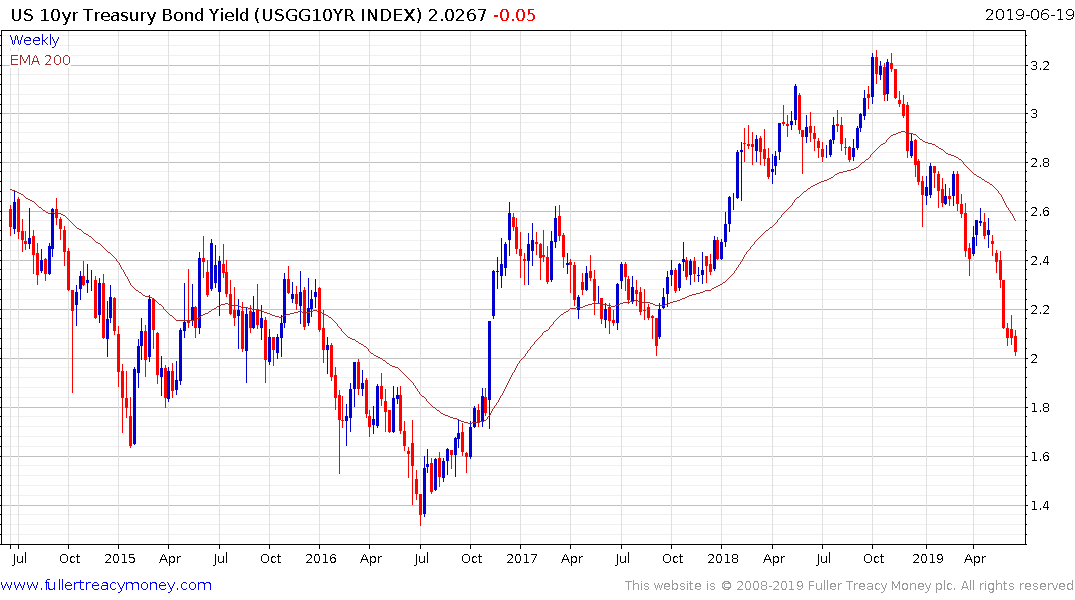 Treasury yields continue to compress and the pace of the downtrend is picking up pace. The most recent pause has been both narrower in amplitude and shorter in duration than the last two congestion areas, suggesting increased demand and the unwinding of previous bets on a buyer’s revolt. 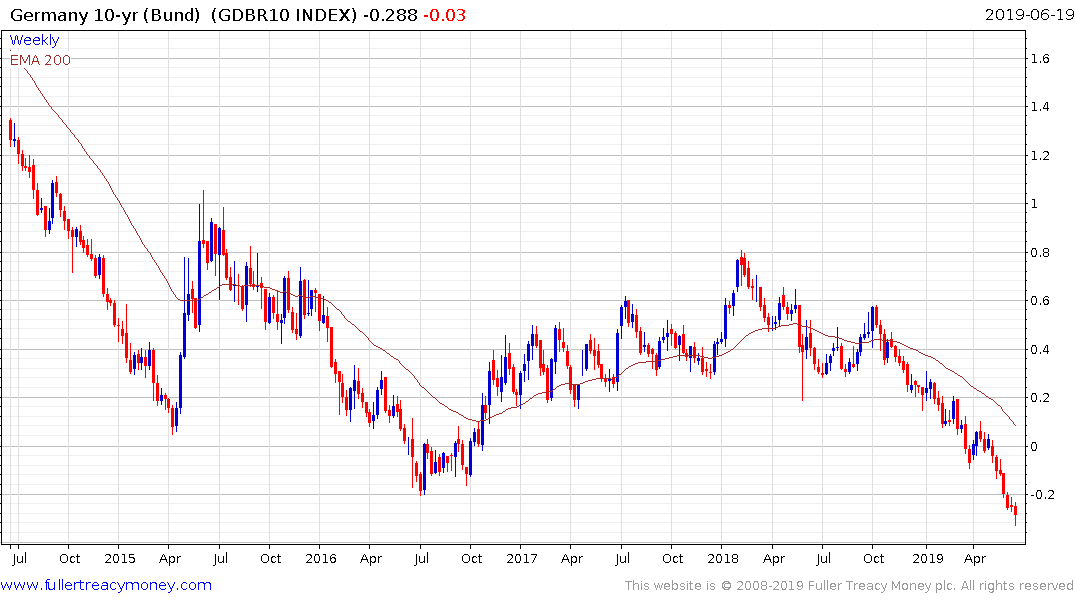 German Bunds, meanwhile, are at new all-time lows of -0.28. Market commentators have been keen to point out how much the Treasury market is pricing in rate cuts, but the same argument can be used for the commonality in European government bonds. 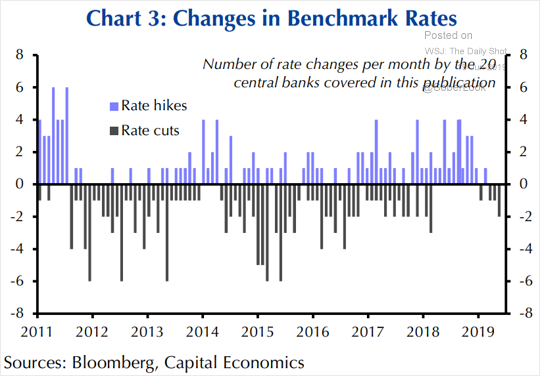 This graphic signals the trend of central bank action has already turned towards easing; globally.