“This is really important,” said Torsten Slok, chief economist at Deutsche Bank Securities, who expects a rate cut in July. “For many years, the Fed has been arguing that monetary policy was easy and accommodative and supporting growth and inflation. After a decade of easy monetary policy, the Fed has decided that policy is no longer stimulative.”

Reasons listed for the lower neutral rate include ongoing fallout from the financial crisis, weaker productivity, continued slackness in the labor market and an aging population, which when combined leave the economy structurally weaker and so more vulnerable to rate hikes.

The upshot is the Fed may have to lower rates if it wants to boost expansion to offset global headwinds, including slow global growth and trade disruptions from President Donald Trump’s tariff battles.

Powell will give his view of policy in a speech on Tuesday to the Council on Foreign Relations in New York.

The trend of the Fed Funds Rate is downwards. There is a clear succession of lower major rally highs since the early 1980s and the failure of the Treasury yield to hold the move above 3% late last year suggests another lower high is now in place. If we accept the conclusion the peak of the interest cycle has now passed the next big question is just how low can rates go? 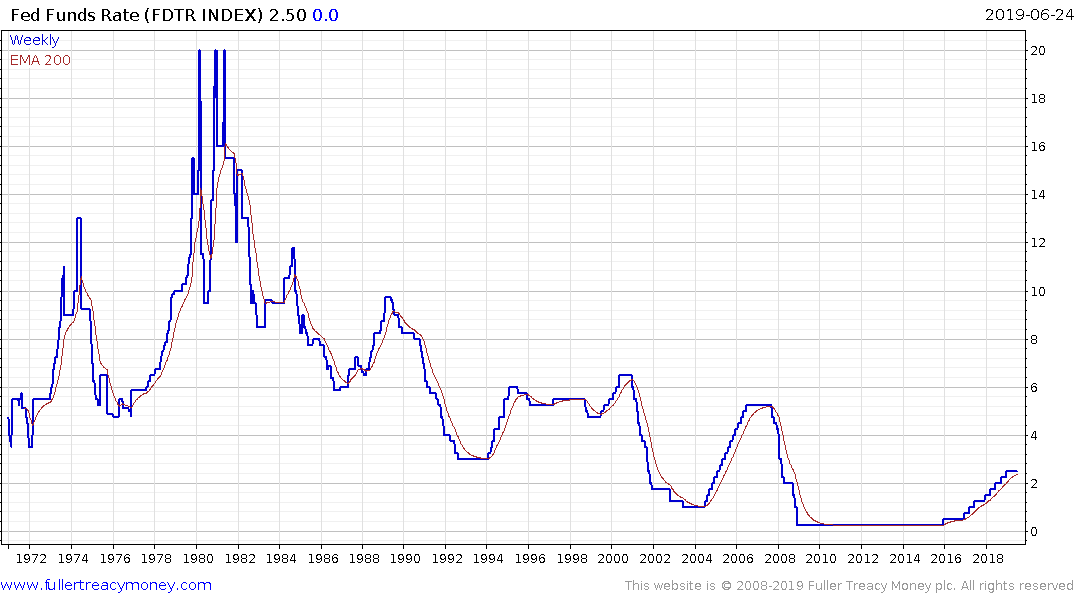 The only two major economies that do not have negative yields are the UK and USA. It is probably hubris to expect that exceptionalism is going to persist particularly when there has been a failure to normalise policy during a decade of recovery. Nevertheless, the view rates are going to zero has become something of a consensus recently, suggesting at least some scope for consolidation in the run-up in Treasury prices. 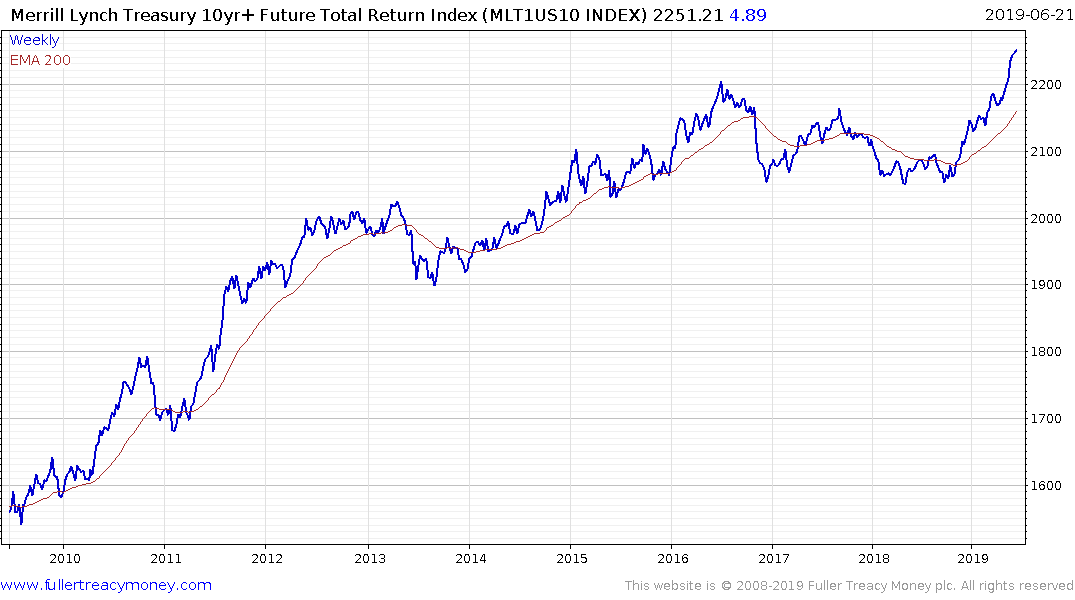 The total return on US Treasuries meanwhile continues to extend its breakout to new highs. 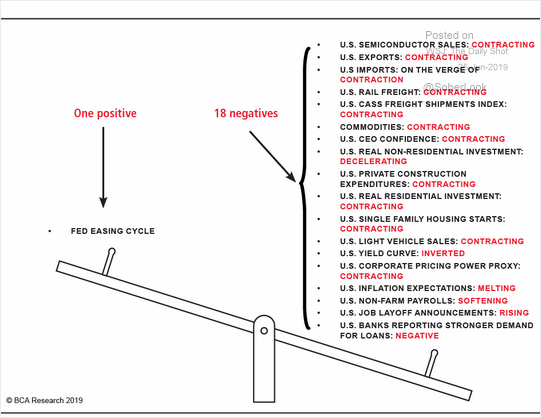 This graphic from BCA Research might be an exaggeration but it does help to illustrate how market perceptions for the need for a rate cut have increased. All of the factors above have decelerated. The key determinant which the market is responding to is the willingness of the Fed to cut rates before they go negative; in other words, to pre-empt statistics in their efforts to avoid a recession. 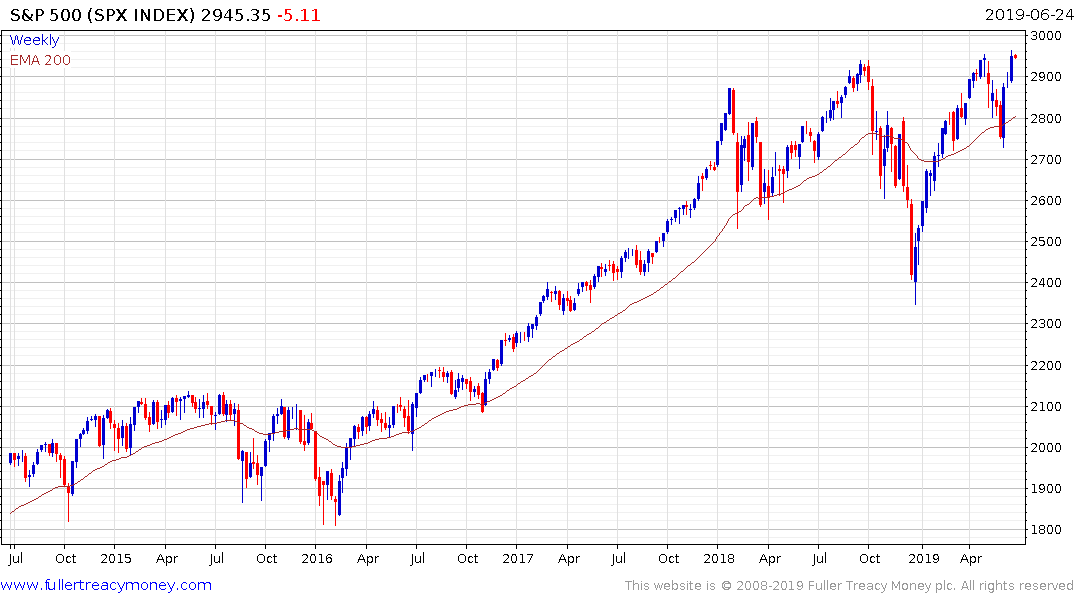 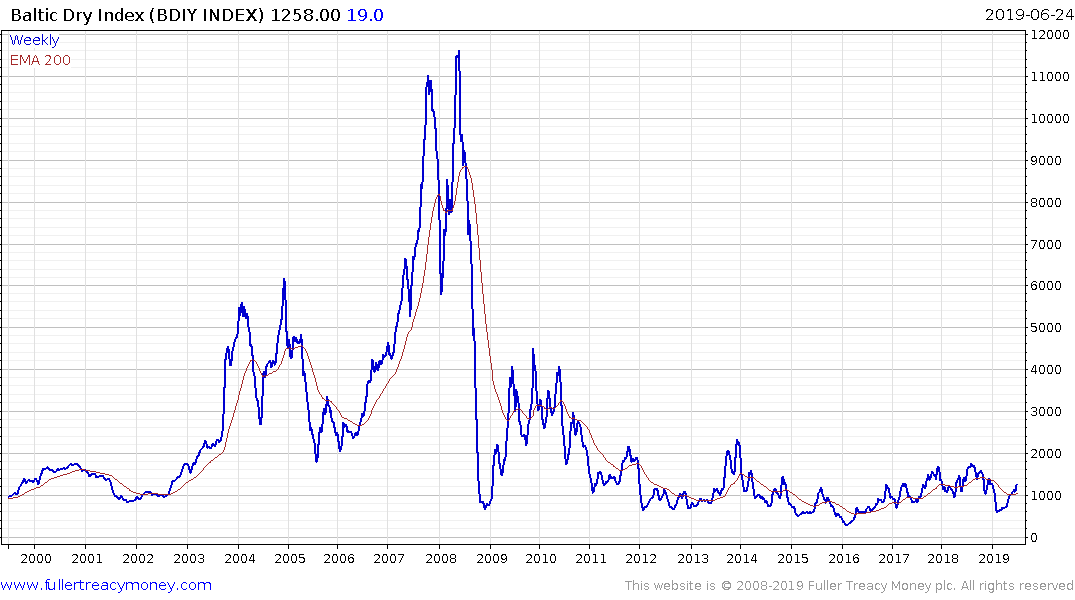 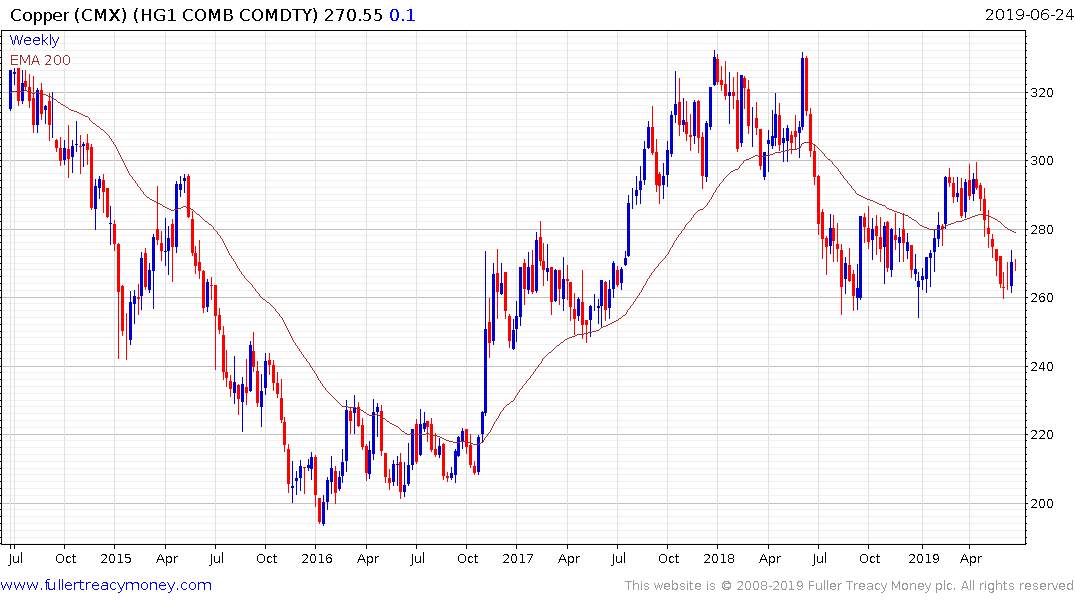 The recent strength of the Baltic Dry Index, coupled with copper prices finding support suggest global growth may be on the cusp of picking back up which is supportive for the stock market.