According to Piper Jaffray, “the most concerning trend” in the quarter was “the reduced efficiency of SEO,” or search engine optimization. Google, part of Alphabet Inc., is favoring its own “Hotel Finder” platform, along with paid links for search results, and this trend could require higher marketing costs.

D.A. Davidson noted that Expedia is exploring alternatives to mitigate its “reliance on search/Google,” but wrote that it sees “no alternatives that will be able to efficiently ‘move the needle’ from a volume perspective anytime soon.” Morgan Stanley wrote that Alphabet is now the “best way to invest in travel.”

TripAdvisor’s adjusted earnings and revenue both missed the lowest analyst estimates. The results “more than disappointed,” Jefferies wrote, reiterating its underperform rating. Analyst Brent Thill added that TripAdvisor’s preliminary 2020 outlook “is not encouraging,” in part because of “continued SEO pressure from Google.”

Third party vendors learned a long time ago that the biggest threat from selling on Amazon is being too successful. When sales move the needle enough to pique the attention of some quant, the risk of Amazon deciding to sell the same product, but cheaper, increases exponentially. The rise of the Amazon Basics line of products is a perfect example.

What travel companies are now finding with Google is it is quite capable of fulfilling the broker position and can pick up the commission from vendors for directing consumers to airlines or hotels directly. Finding the optimum destination mix between location, timing, dates and cost is a notoriously difficult problem which Google is probably better equipped to solve than companies like Expedia etc. 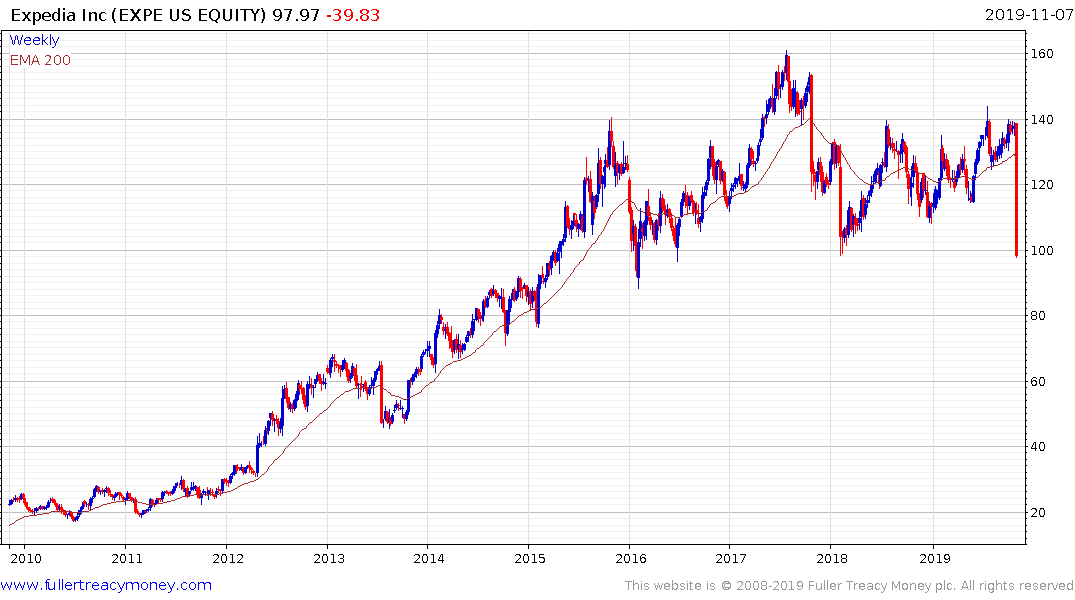 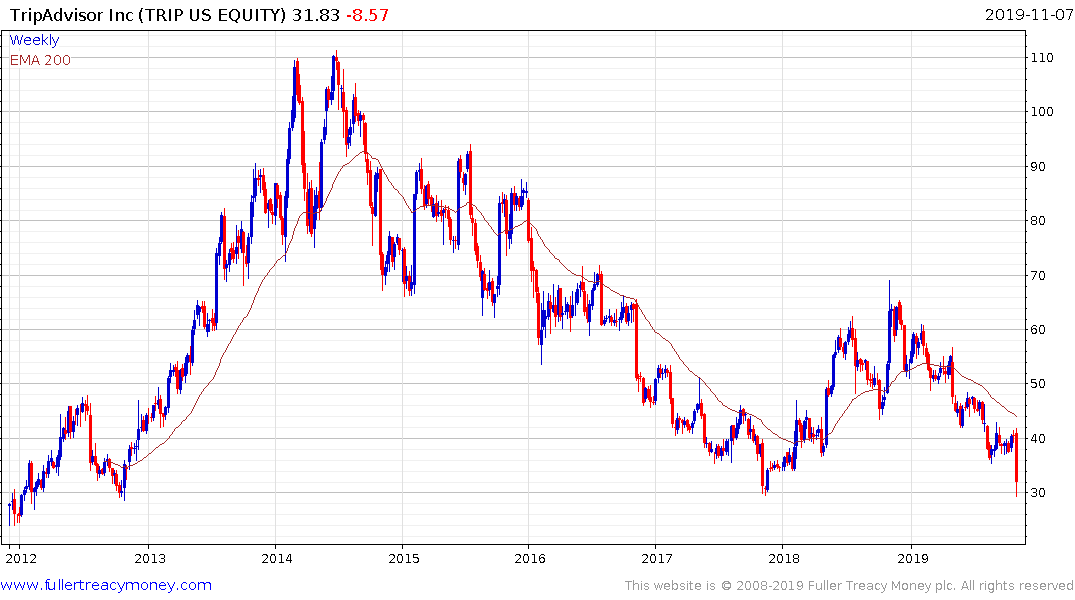 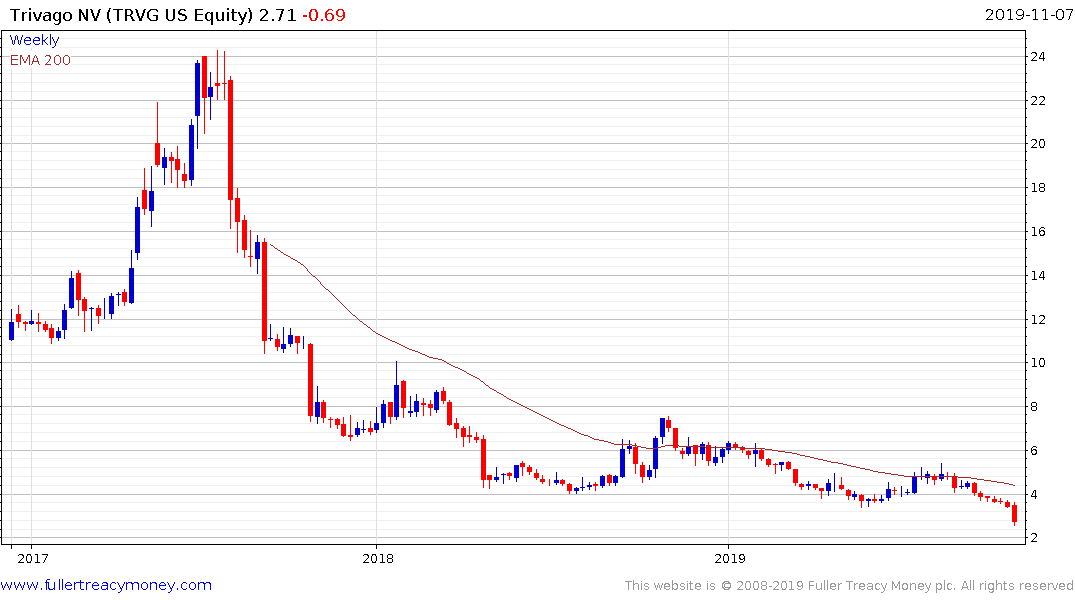 The downward dynamics on Expedia, TripAdvisor and Trivago today not only share commonality but speak to significant topping activity over the medium term. 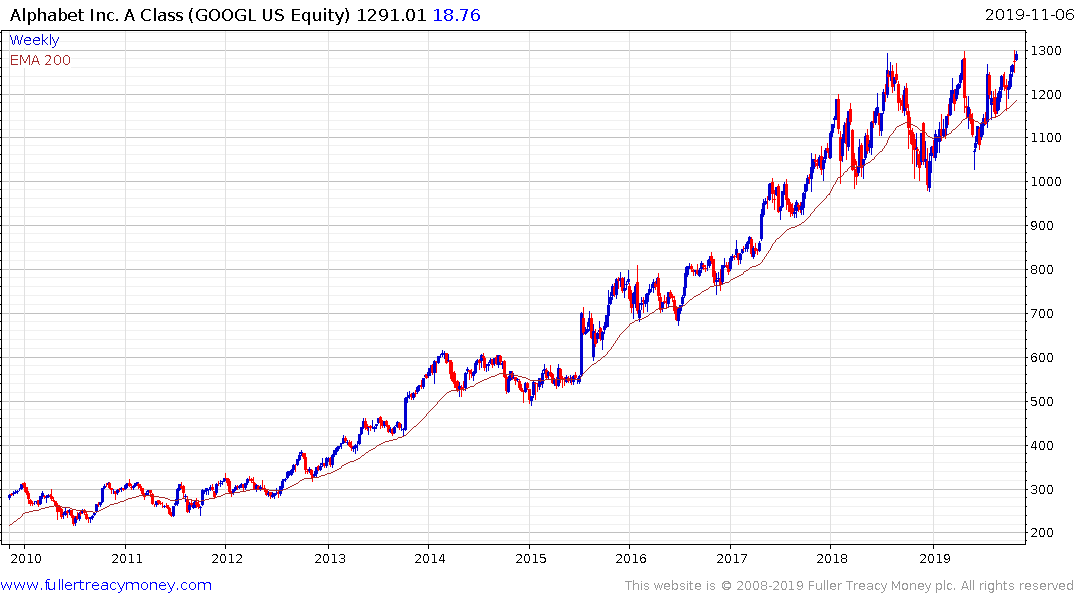 Google by contrast is breaking on the upside as it completes its 18-month range. 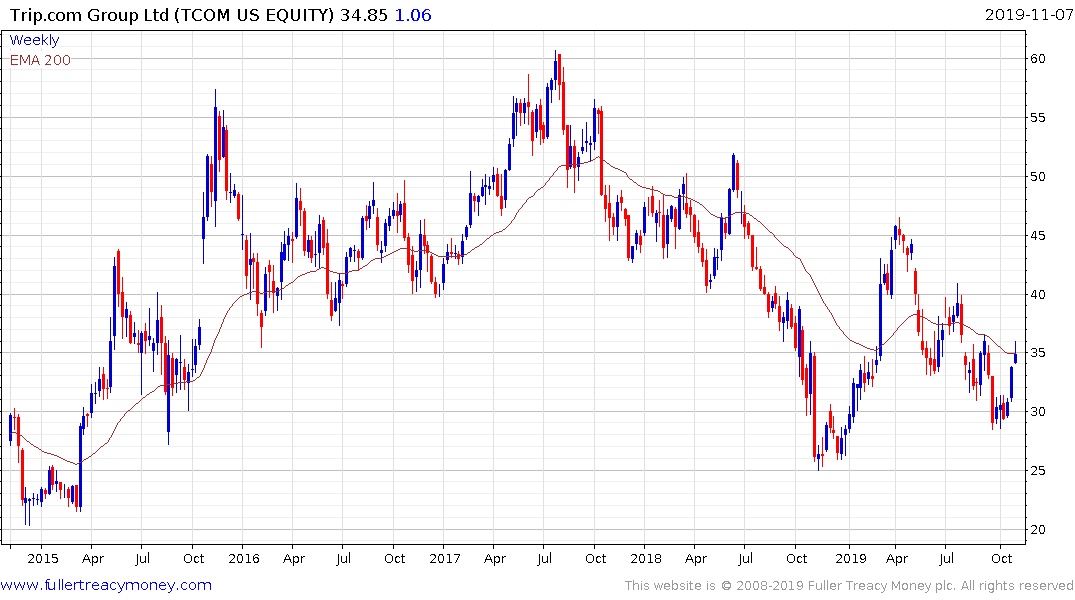 Ironically, China’s Trip.com (formerly Ctrip) recently posted a higher reaction lows and is now back testing its trend mean. The big difference being it has minimal reliance on Google for search visibility. 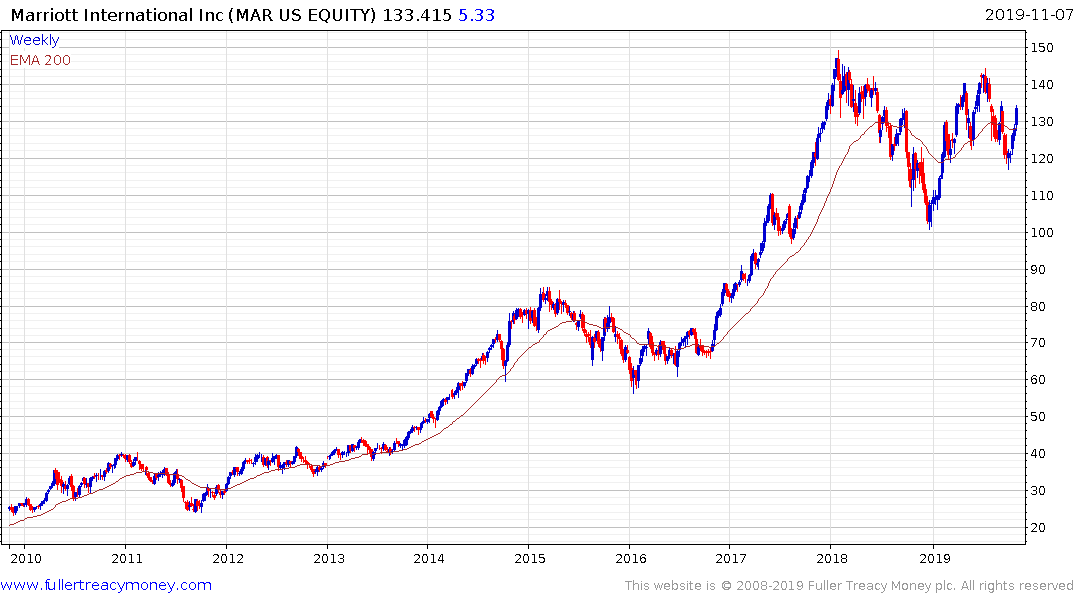 Meanwhile Marriott International is firming from the lower side of the range which has prevailed for most of this year. 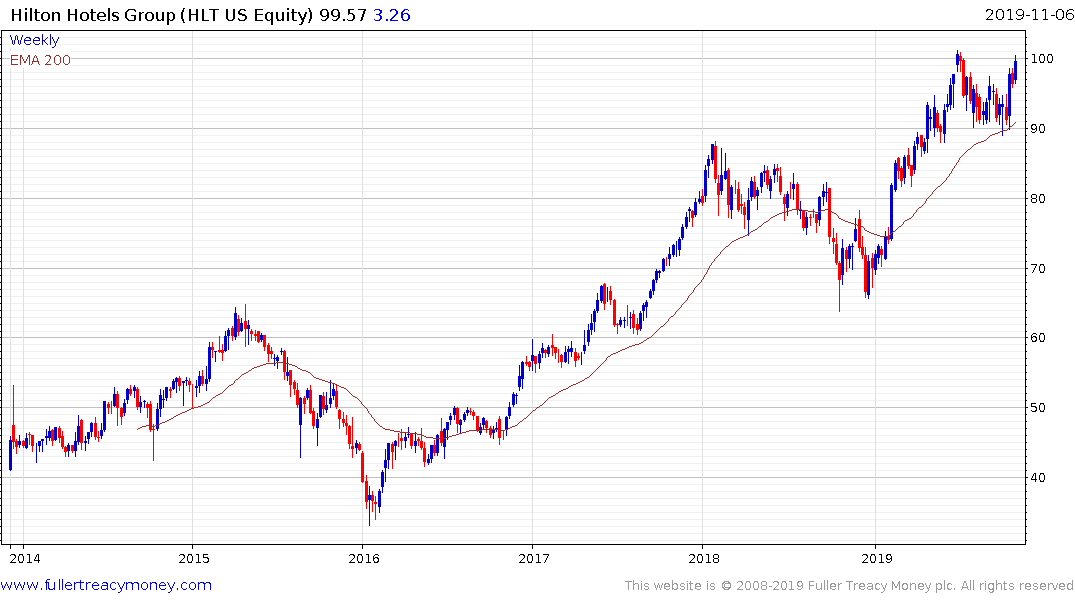 Hilton Worldwide tested its peak earlier this week, following an impressive rebound from the region of the trend mean and remains in a reasonably consistent medium-term uptrend.