Email of the day on big numbers
Comment of the Day

Email of the day on big numbers by Eoin Treacy

UK National debt hits £2 trillion. As in astronomy, it is difficult to get one’s head around the numbers A financial journalist put this into some perspective this morning. Someone living in ancient Egypt at the time of the great pyramid spending a million pounds a day over the next 3000 years would still have money to spare today!

The quantity of debt has exploded as interest rates have plummeted. There is a lot of commentary about how savers are robbed by this process because they no longer receive an interest rate. However, at the other end of the spectrum borrowers are being showered with liquidity. In fact, they have every incentive to borrow about much as possible to increase the potential for bailouts if the venture eventually fails. That pretty much ensures the quantity of debt will continue to increase without a catalyst to contain it.

Efforts to stretch the maturity of new loans has alerted bond investors to the government intention to rely on currency devaluation to take care of the debt. Alternatively, there is the prospect that inflation will increase which would also simultaneously devalue existing debt and make new issues more expensive.

The velocity of money is still very low in most countries and the acceleration of the retail apocalypse will have exacerbated that deflationary force. However, it is also worth considering that any retailer which survives 2020 is likely to capture market share in a recovery. There will always be a place for physical retail and particularly for tourist hotspots. When economic activity picks up it will represent a challenge for central bankers because the quantity of liquidity sloshing around will represent inflation risk.

There is also an assumption that wages will fall because of the recession and the excess number of potential workers. I am a reluctant to accept that conclusion because of the condition effect of “earning” more from unemployment benefits than from working. Workers are likely to demand to be paid more. If that comes without measurable productivity gains, that’s also inflationary. 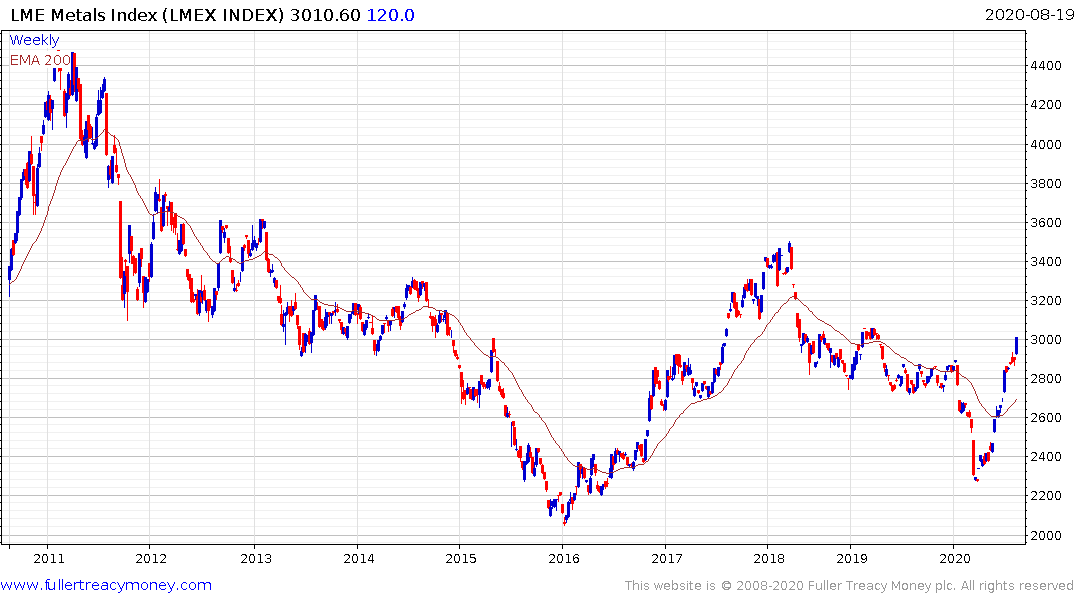 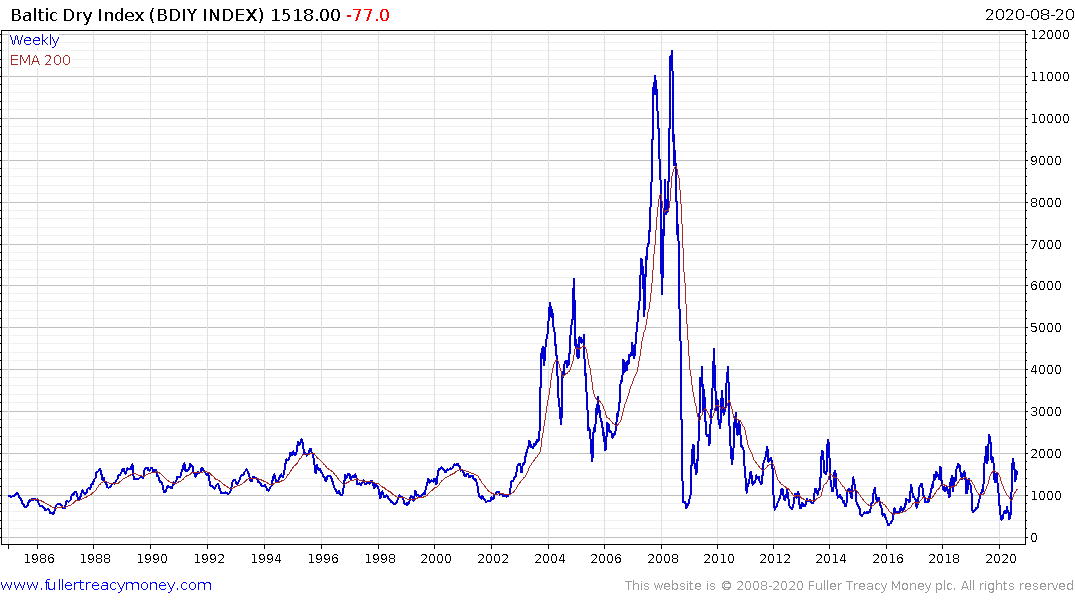 Industrial metals were a little softer today not least with copper continuing to pause near $3. The Baltic Dry Index will be one to watch. The IMO 2020 regulations went into effect on January 1st. Shipping rates have been locked below 2000 since late 2010. A break above that level would likely confirm a new supply inelasticity meets rising demand environment. Many ships where junked because of the new environmental regulations and no new shipping building is going on right now.