Email of the day - on winners form the trade war:
Comment of the Day

Email of the day - on winners form the trade war: by Eoin Treacy

As you say, the US has many alternative sources of cheap goods but there are limited sources of US technology. China also has no alternative buyers of its products. Round One of the international confrontation will be won by the US.

Buyers can always look elsewhere because there is always someone who is willing to provides services at a lower cost or who can manufacture a copycat item which is “good enough” Sellers have to focus on retaining that competitive edge but often have a hard time replacing lost customers, particularly when they are have already maxed out their growth. 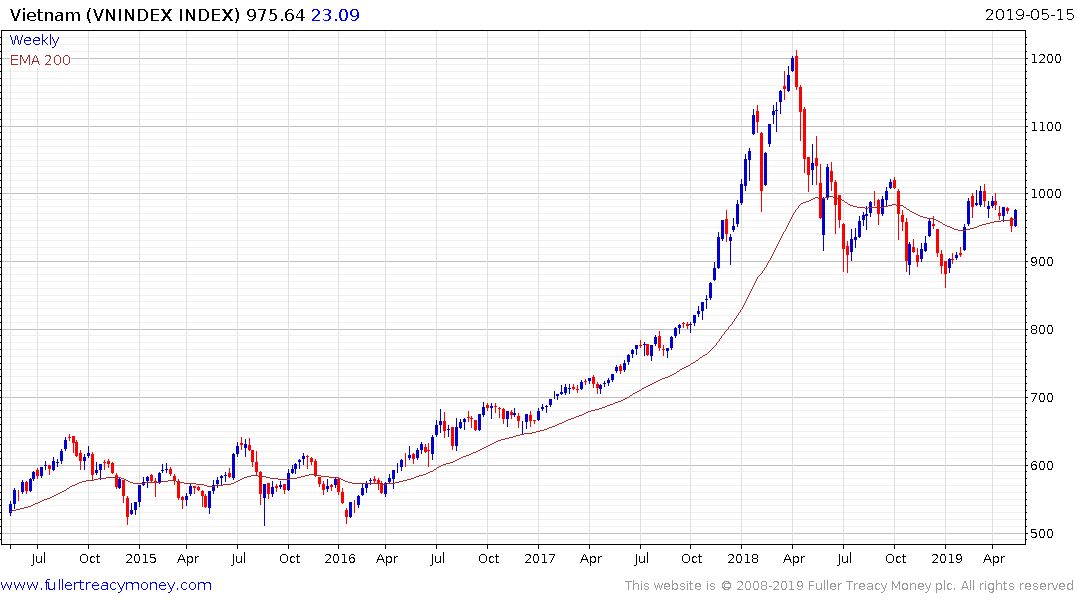 The stock market is currently firming from the region of the trend mean. 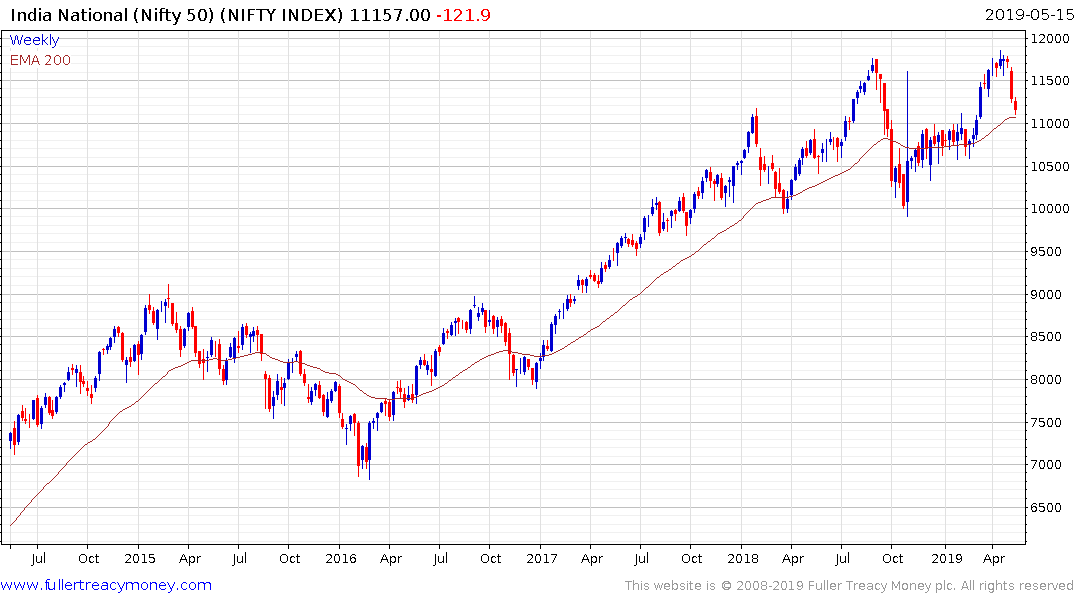 India has long held ambitions of developing a manufacturing hub but has been painfully slow in following through. However, Apple is now manufacturing phones in the country and an increasingly large number of Chinese factories are setting up to avail of the abundant cheap labour force.

Short-term there is a clear risk of relabeling operations opening up right across ASEAN in an effort to circumvent tariffs on Chinese exports. That is likely to be a factor in better export figures for countries like Vietnam, India, Philippines, Indonesia, Cambodia, Bangladesh etc.