Email of the day - on island reversals
Comment of the Day

Email of the day - on island reversals by Eoin Treacy

Looking at the daily charts of the Dow Jones and S&P there appears to be potential "island reversals". Do these "islands" carry much weight in charting terms?

Thank you for this question which I believe will be of interest to the Collective. In order for an island reversal to form we need to first see a breakaway gap form which is generally consistent with a burst of enthusiasm. That has to be followed shortly afterwards by a breakdown gap which is consistent with a sudden bout of fear which nullifies the initial surge.

At this service, the way we have historically looked at gaps is as dynamic moves which occur outside of business hours. A dynamic move stands out on the chart and is a clear signal that something important happened to shift sentiment on that day. Importantly, we give the benefit of the doubt to the most recent dynamic. 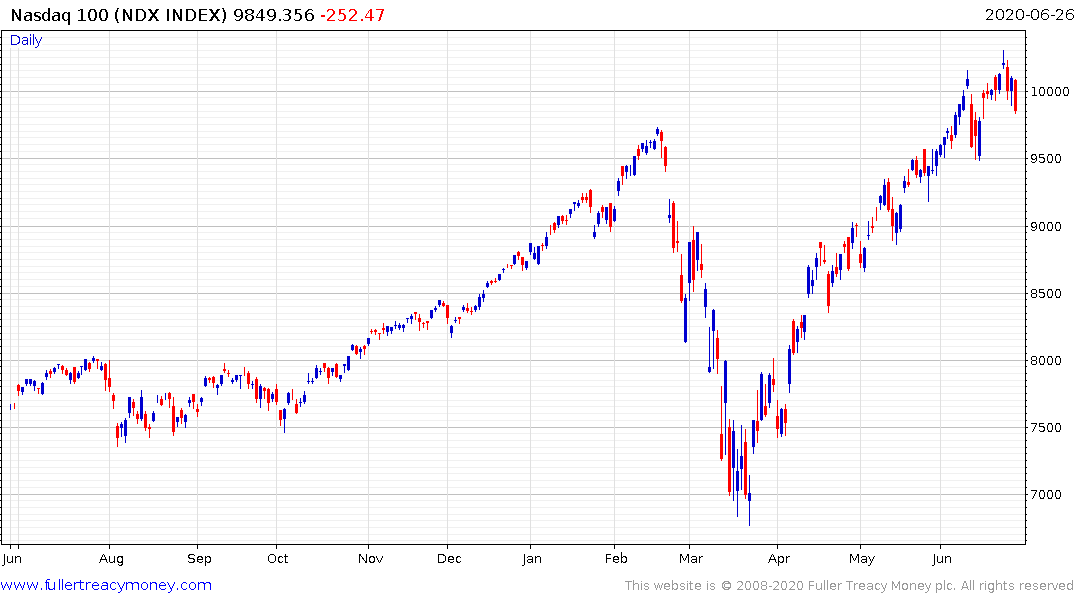 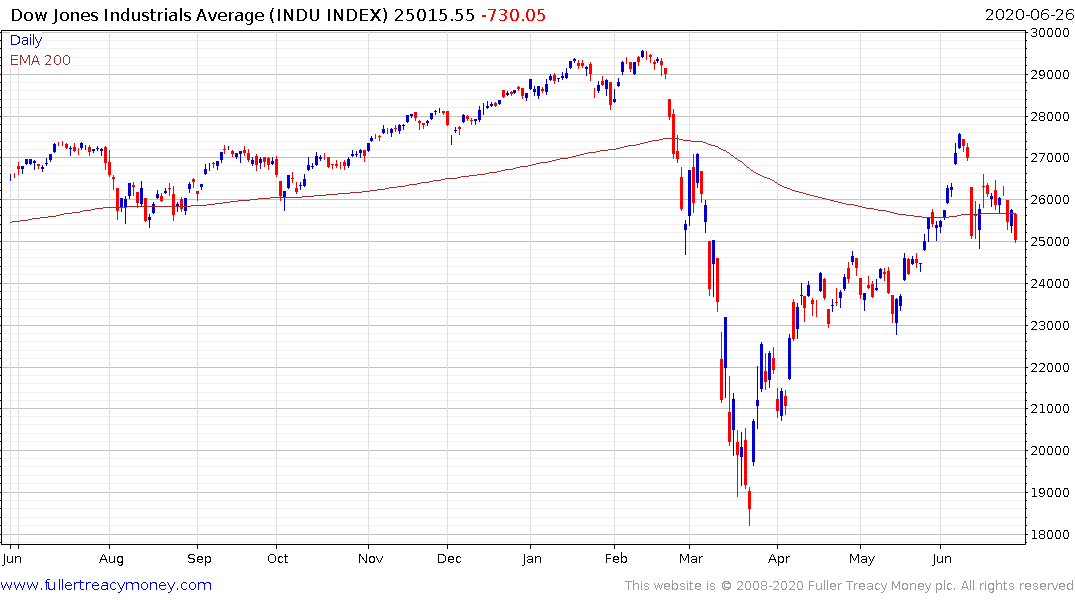 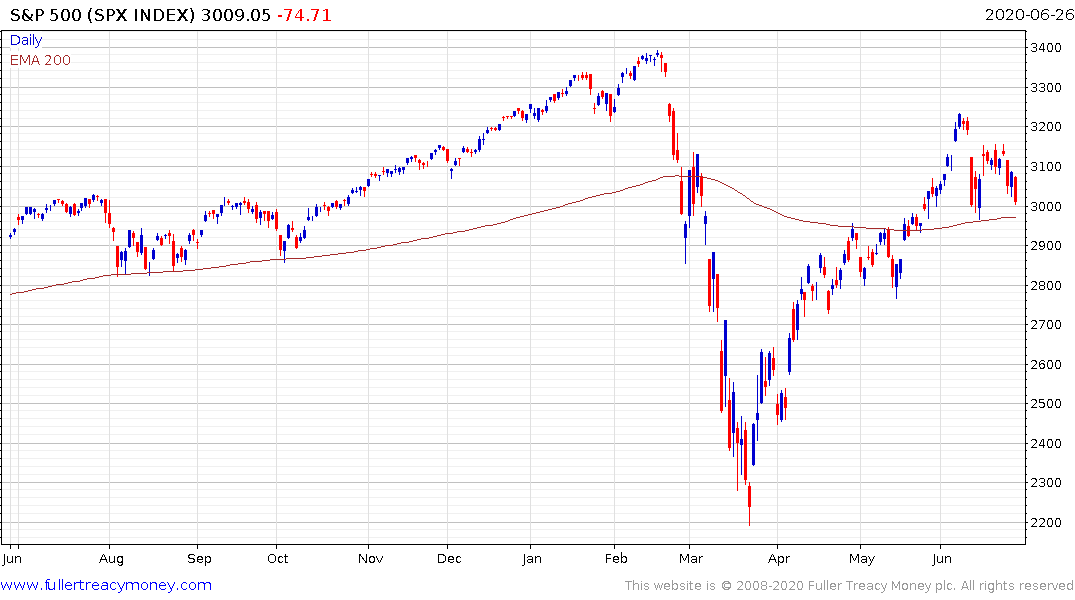 My strong intuition was to short the market two weeks ago and it did not pan out. I successfully picked the top, but ultimately was either too early or wrong. The Dow Jones Industrials Average is testing the 25,000 level, the S&P500 is at 3000 and the Nasdaq-100 is at 10000. These are important psychological levels that in a bullish scenario we can expect to hold.

Failure at these levels would enhance scope for a deeper pullback. The underperformance of the banking sector is potential signal that may be growing possibility. 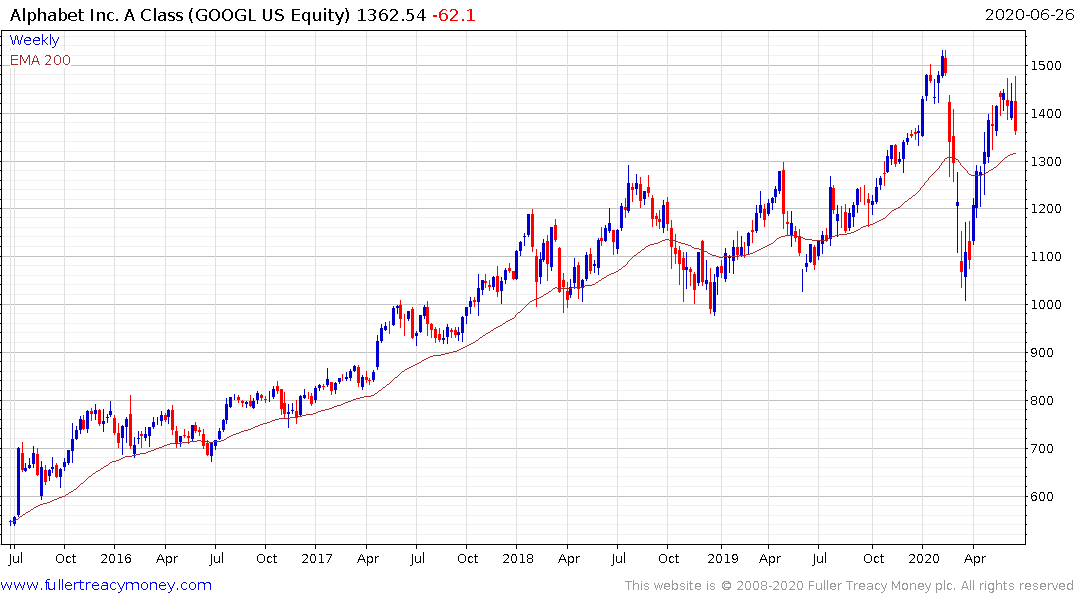 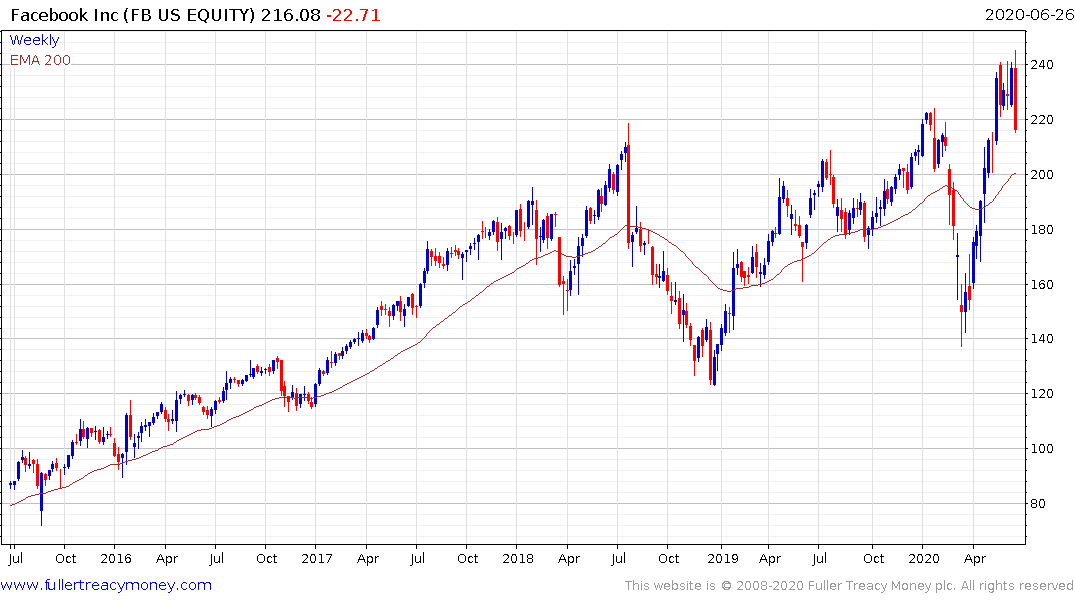 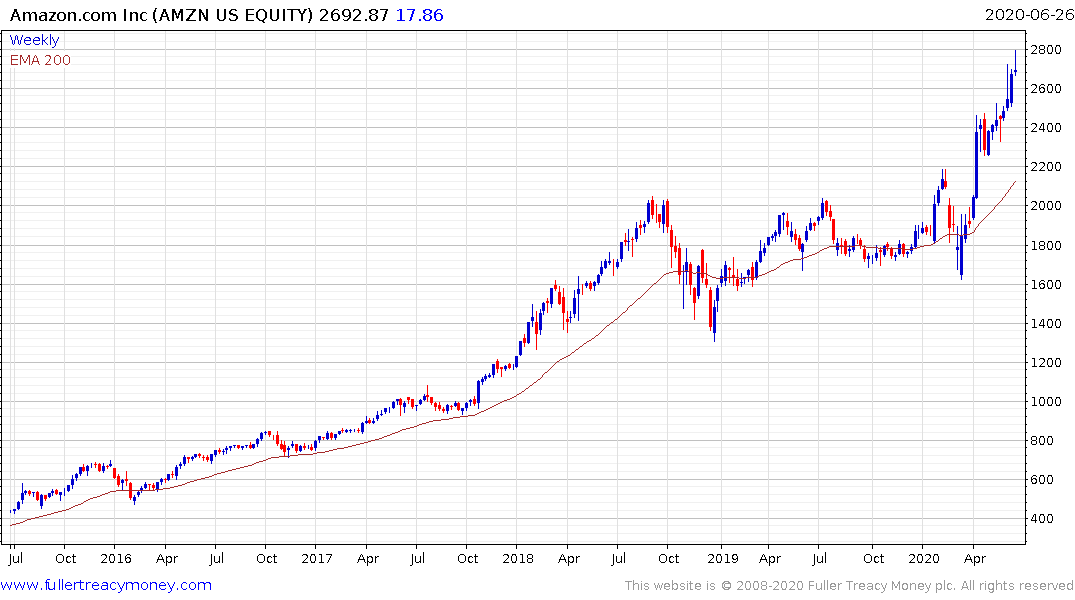 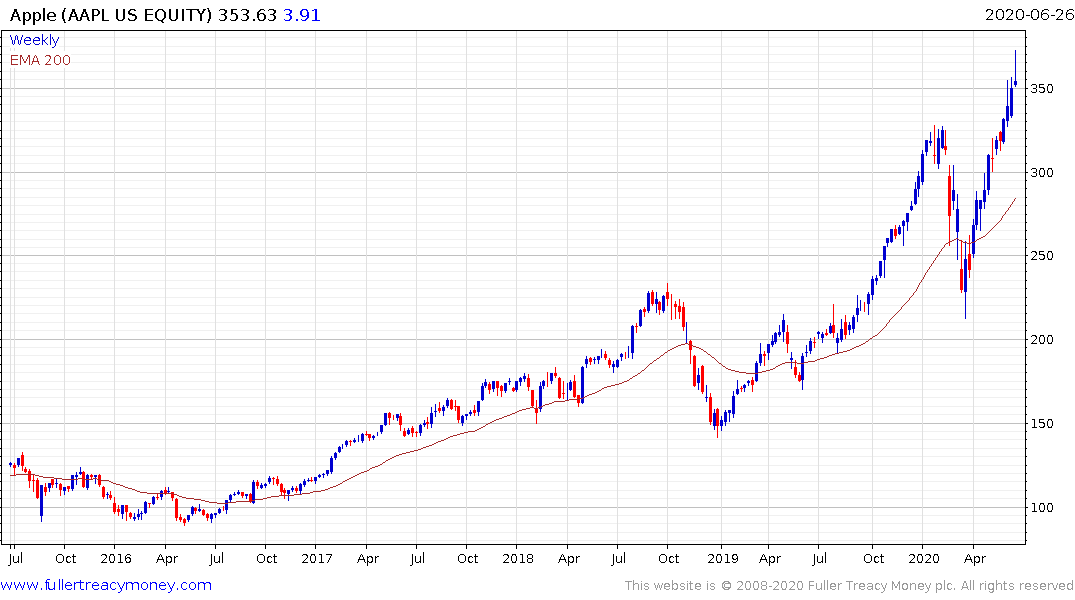 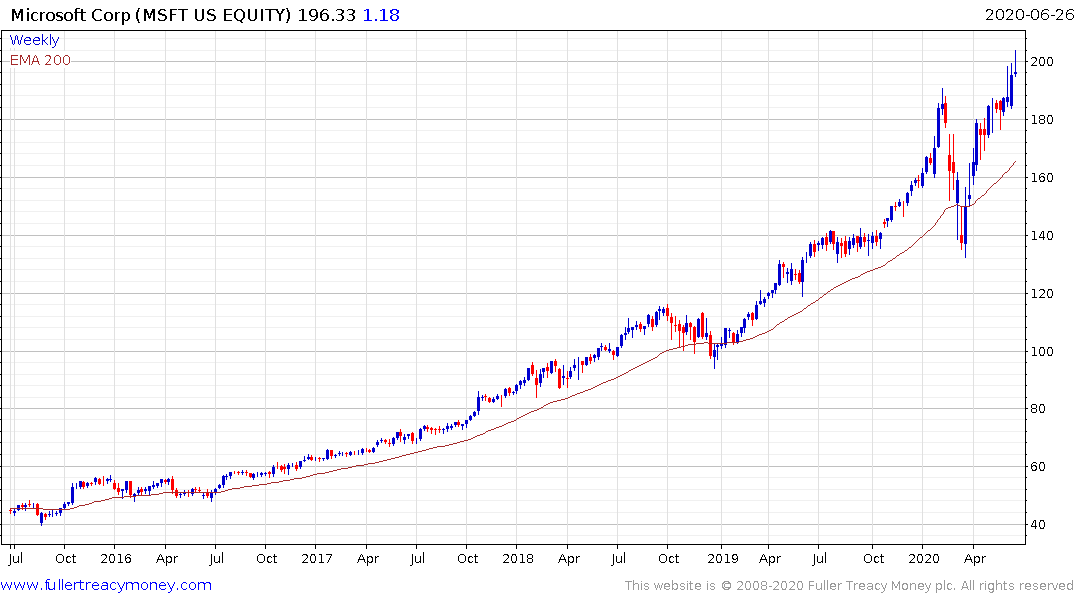 The weekly key reversals on Alphabet and Facebook overbought conditions on Apple, Amazon and Microsoft suggest at least some consolidation is underway.

The key arbiters are both the trajectory of news on the coronavirus and the associated willingness of monetary and fiscal authorities to introduce new support measures. Breaks in their respective sequences of higher reaction lows would be required to confirm peaks of more than short-term significance.

The rising number of cases in the USA’s major population centres follows directly from the popular protests earlier this month. There is usually a lag before deaths rise. Officials are hoping that the younger average age of new infections will ensure there is no spike in the fatality figures.

July 4th is another big social gathering which could lead to additional spikes in cases. Meanwhile delayed tax filings from April need to be paid on July 15th and the boosted unemployment benefits deployed by the CARES Act expire on the 31st. That all suggests there may be a need for additional stimulative measures in July.